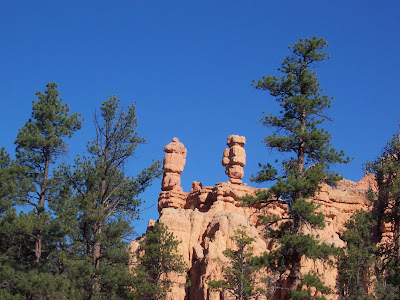 After having passed it six times, we finally stopped at the Red Canyon Visitors Center. We really just stopped to get some information about trails in the area since we had two days without plans. These two hoodoos are behind the visitor center. The brochure mentions them as, "Red Canyon's famous totems." 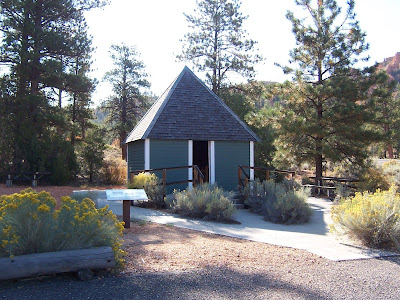 ..The ranger suggested we walk the Pink Ledges Trail only he said we should start at the end and gave us an interpretive guide. The first stop was the Podunk Guard Station. The guide says stations like it were "once the seasonal residence of Forest Service Rangers. The winters were spent in town, but once the snow melted and work could be done in the field, the ranger or other employees would move into the guard station. The ranger's family might also spend the summer at the station." HOLY COW!!!! It's only about 10' square! That's tight quarters. 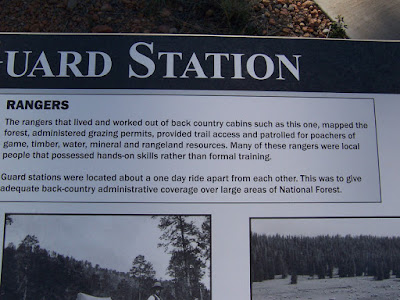 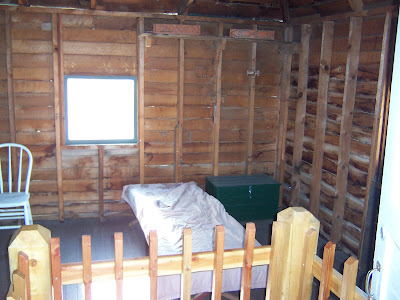 Inside of the station was a solitary bunk and chair, 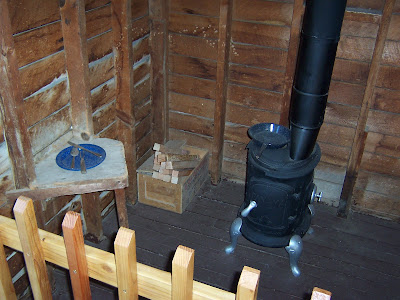 with a stove for heat and cooking. Such a big table too. 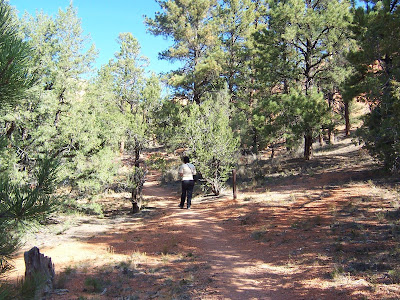 ...So we started up the trail and read the guide at every marker. 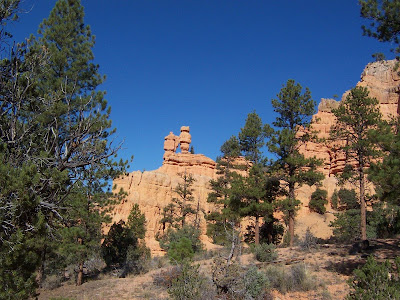 Different view of the totems. 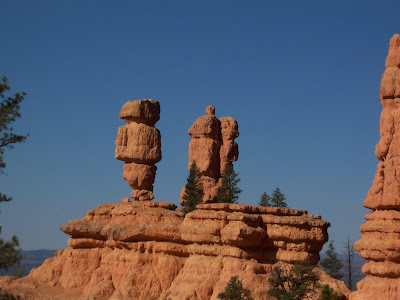 Once we zoomed in on the totems, you could see trees were growing on that platform too. I wonder how long the one on the left has been sitting like that. It looks like it could fall any day. 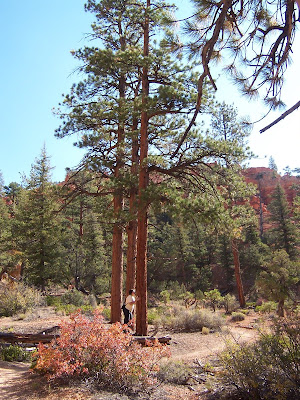 What I loved most about the interpretive guide was the information about the different trees. It identified two needle pinyon pine, Douglas fir, Limber Pine and Ponderosa pine. I was trying to learn how to differentiate between them going by the clues in the guide. The coolest thing I learned is that Ponderosa Pine smells like butterscotch. It smelled so good I just couldn't quit sniffing. 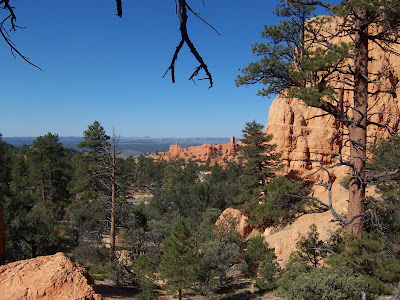 Off in the distance is the Markagunt Plateau and cinder cones, the remnants of ancient volcanoes, which erupted within the last 10,000 years. 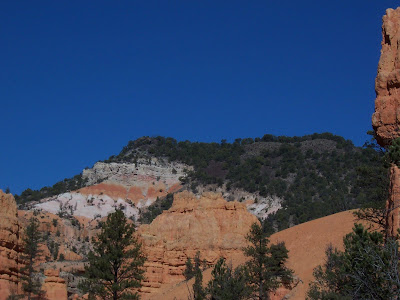 The guide says, "you will notice the black rock capping the distant red and white layers of sedimentary rock. The black rock is an igneous rock known as "basalt" and is evidence of a volcanic eruption event that occurred in the geologic past." 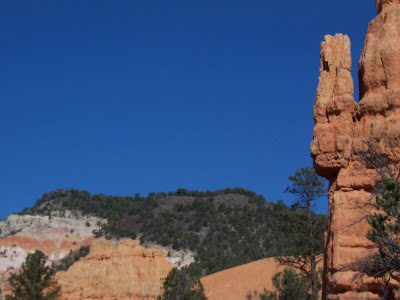 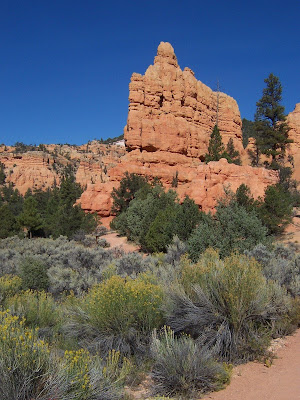 Ok, another interesting fact I've learned while visiting Bryce Canyon is that the yellow flowered bush in the foreground is called Rubber Rabbitbrush. Yep, you read that right. I guess Indians made gum from its pulverized wood and bark but livestock and wildlife only eat it as an alternative to starving in the winter. I guess you can make rubber from it too.
Posted by Nolan and JoAnn at 11:48 AM

Whistler RV Park and Campground is open year round. Come visit the spectacular mountain setting and book now to reserve your spot for the 2010 Olympics!
www.WhistlerRVpark.com