Packing up and moving on 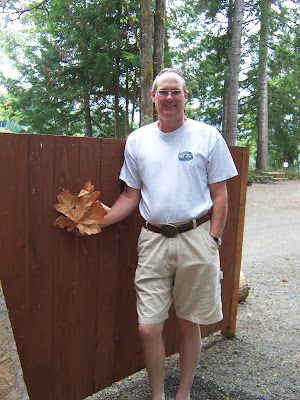 Well we are headed south to Arizona so we packed up and left Washington. While we were packing up, Nolan found this huge leaf. 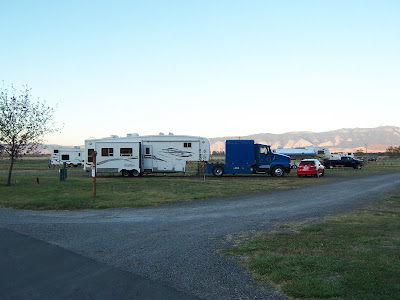 The first day we made it as far as La Grande, OR where we stayed at Eagles Hot Lakes RV Park. They have huge sites and we pulled in their wi-fi wonderfully. 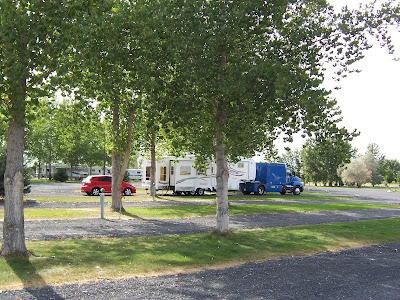 Second night was at High Adventure River Tours RV Park by Hagerman, ID. Once again huge sites but we could barely pull in their wi-fi so we hung our external wi-fi antenna and card in a window. That worked ok. 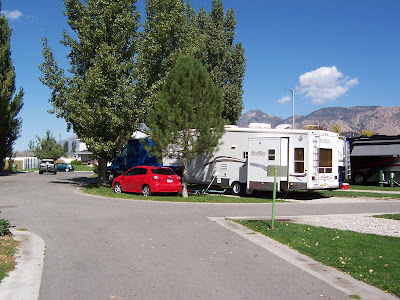 Third night we were at Golden Spike RV Park in Brigham City, UT. As always, I told them what we had and they told us we would fit. When we got there, there was only 4' of site left after parking the truck and trailer so we parked the car on the grass. After dark someone came by and told us the car couldn't be parked on the grass and told us we could park it up front. We did move it but only to a spot between the dumpsters where we could see it. 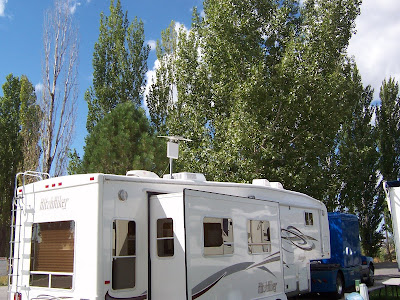 Our computer couldn't even see their wi-fi system so we put the external antenna on the roof like we had it all summer. That's it attached to the TV antenna. It works great that way because you can move it to point in different directions. Once we got it up, we could see 10 wi-fi systems and the park one came in excellent. 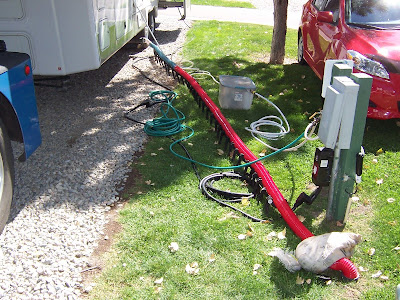 ....We also had to pull out all our sewer hose to reach the sewer outlet. Quite a stretch. 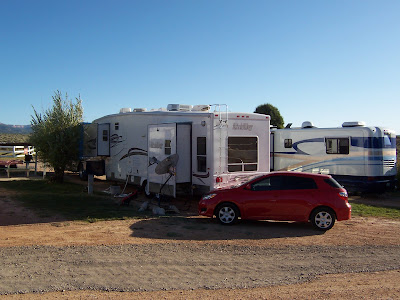 The fourth night we parked at Red Canyon RV Park by Panguich, UT and we plan to be here for a week so we can visit the National Parks in the area. We thought we were going to have to park the truck elsewhere but we managed to get everything on the site. On the passenger side, they have a covered picnic table on a concrete patio so we really had to watch that when pulling in. They have cable but we had to set up the dish for Internet.