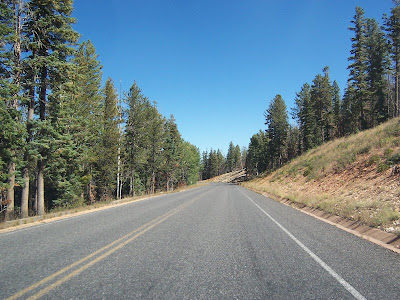 ...On July 14, 2009, lightning caused a fire that burned 3556 acres, half of which was on park land and half on forest land. It looks like the land in this photo was burned during an earlier fire. There were plenty of green, unburned trees. Some of the trees were damaged. 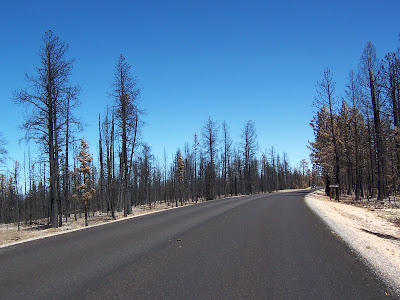 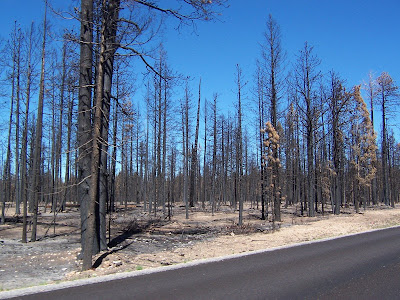 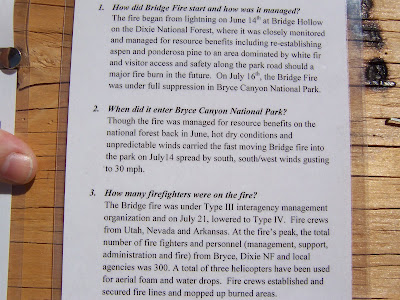 There was a display at the Visitors Center that had information about the fire. 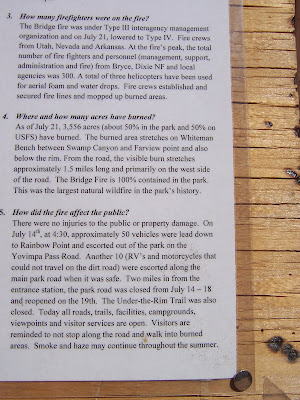