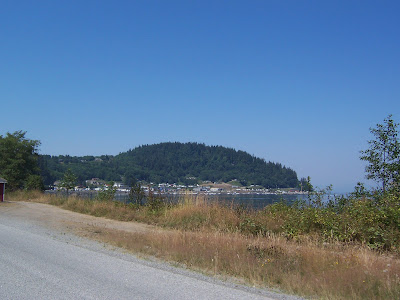 Since we were so close we decided we needed to visit the northwesternmost point in the contiguous United States. We had done the southeasternmost point at Key West in December 2007. Along the way we saw this pretty seaport town of Sekiu. We didn't stop for a better photo because it was in the middle of some road construction and we were following a pilot car. 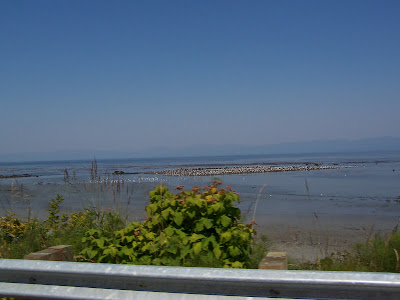 Just look at all the birds out on that spit of land! 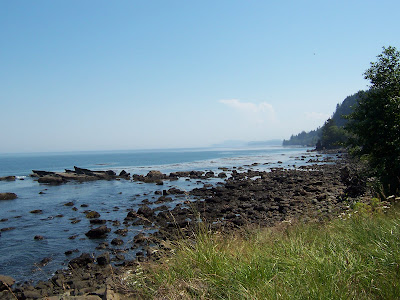 Some pretty rocky shoreline along SR 12. 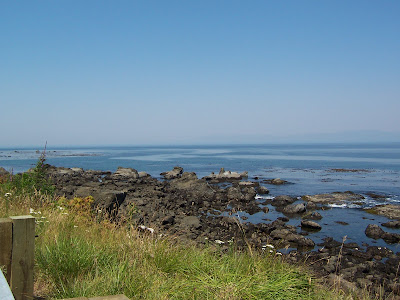 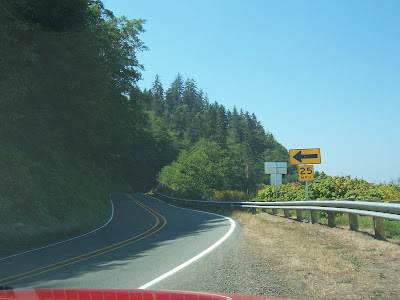 The road was twisty through here and would have been fun on the bikes. 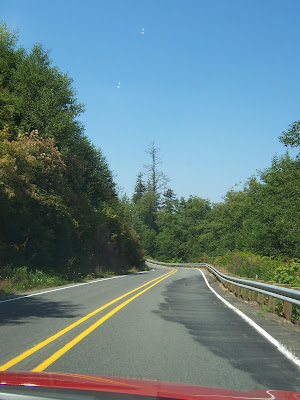 But it was also in need of repair in places. 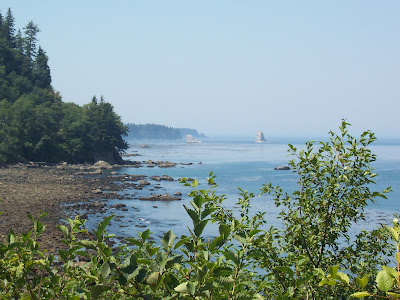 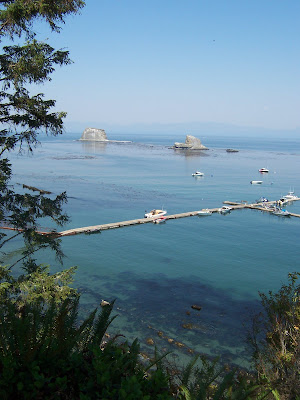 Closer view of the seastacks with a marina closer to shore. The water was very clear where it is dark at the bottom of the photo. Sure wished it had been a clearer day. 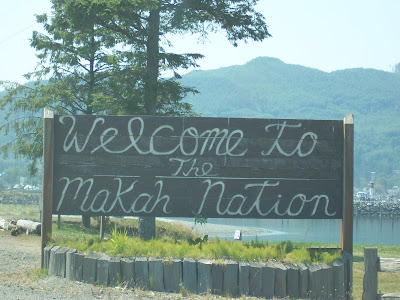 At Neah Bay we were welcomed onto the Makah Indian Reservation where we bought a recreation pass so we could go out to Cape Flattery. 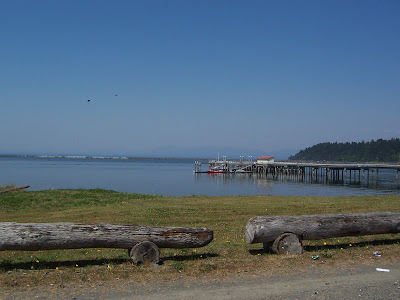 Neah Bay is a port town where fishing is a way of life. 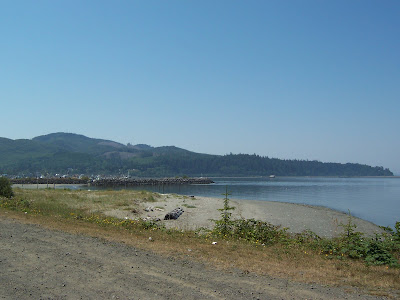 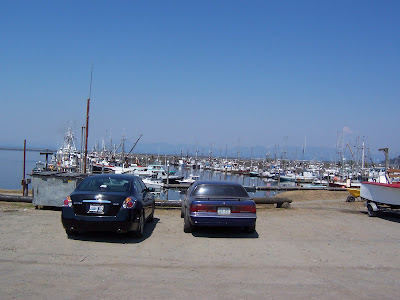 The harbor was full of boats of all sizes and purposes. 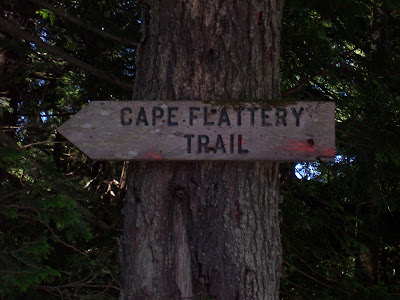 After following the directions we got at the Makah Cultural and Research Center, we found the trail to Cape Flattery. 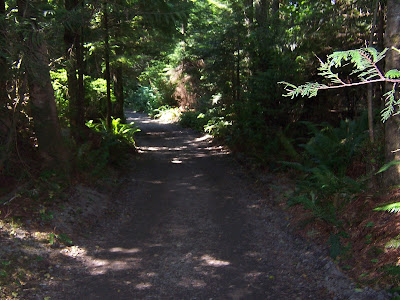 At first it was wide enough for a small vehicle to pass through but fairly steep. 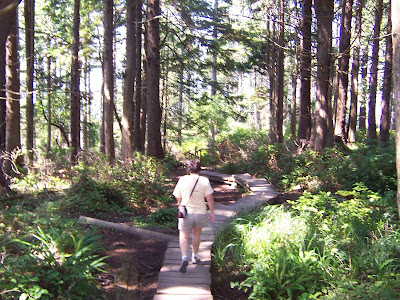 It got narrower and we passed over a lot of boardwalks.... 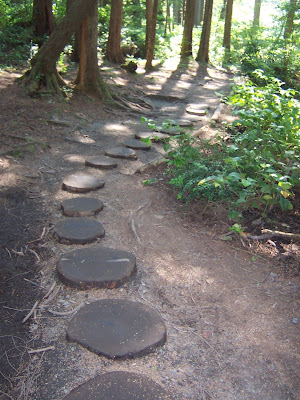 and logs cut into stepping spots. 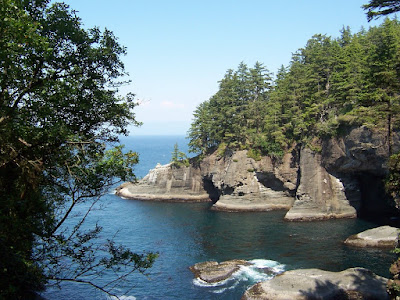 There were several different points where we could go look at the coast line. 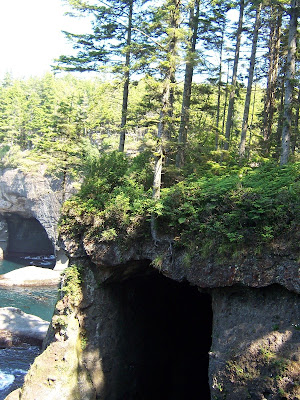 Just look at the tree rooted at the top of this cave. 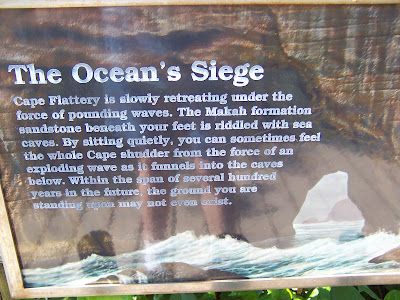 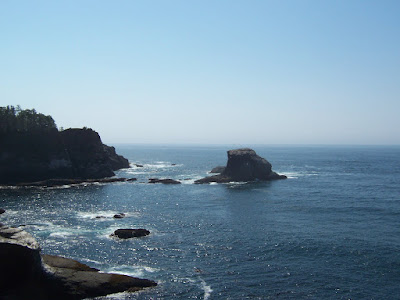 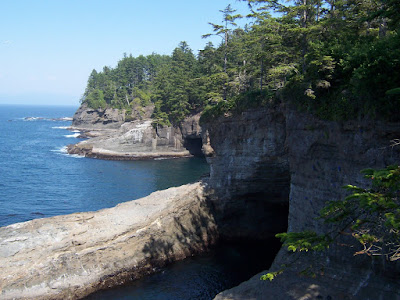 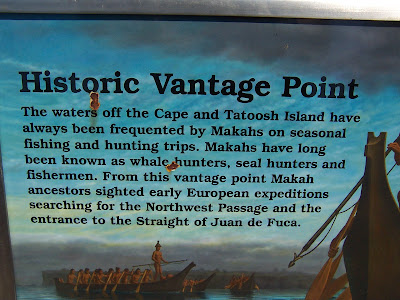 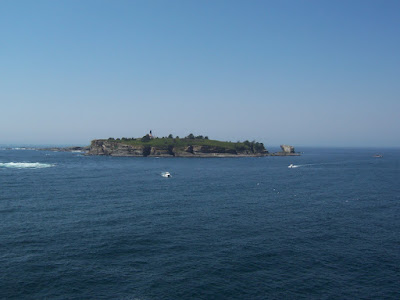 Tatoosh Island just off the point. 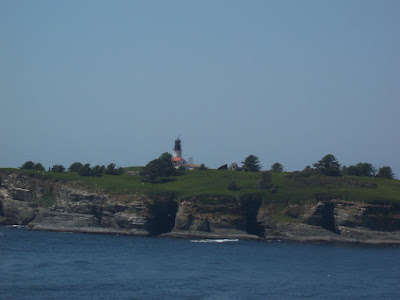 Closeup of the lighthouse on Tatoosh Island. 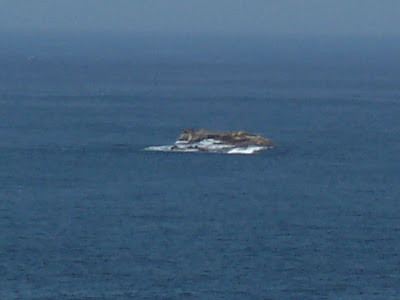 Just off to the East of Tatoosh island was this small island which provided a resting place for seal. We tried to get a closeup with the camera but it just didn't have the zoom capability for the shot. I wished we would have taken the binoculars on this trip. 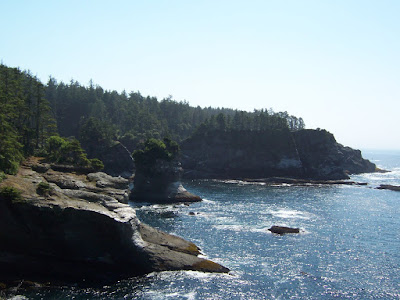 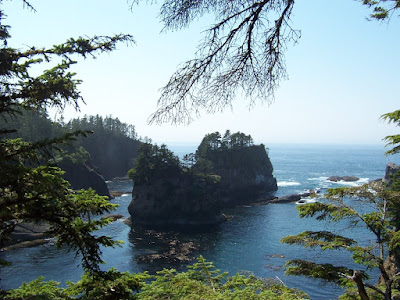 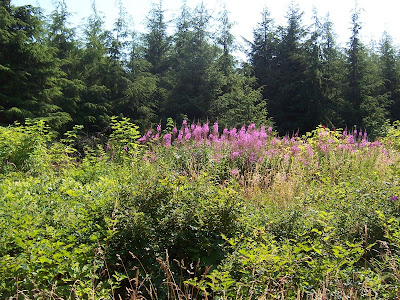 Fireweed was blooming all over this area.