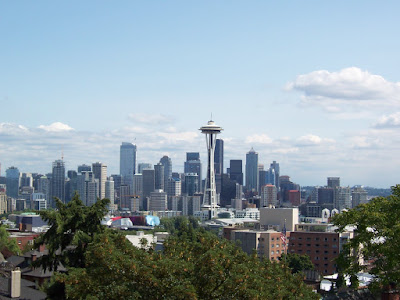 We headed out of downtown Seattle and went up Queen Anne's Hill to Kerry Park. This is a scenic overlook of downtown. It's a good place to see the Space Needle. 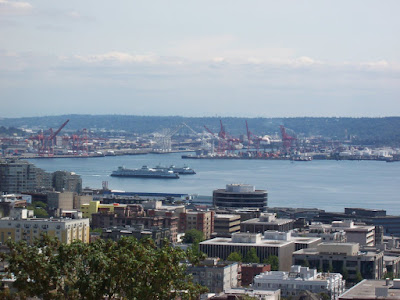 Off to the west in Puget Sound and we saw two ferry boats leave the docks at the same time. 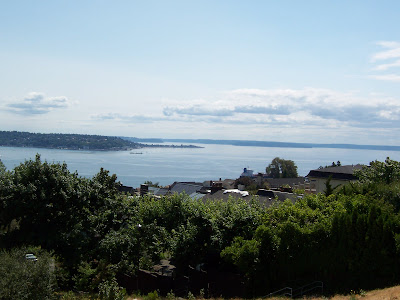 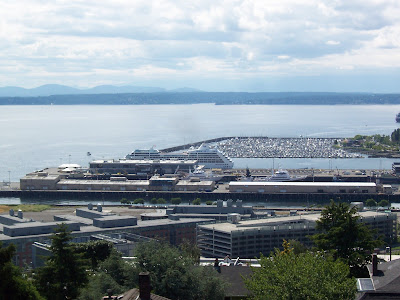 We went on up the road and stopped at Marshall Park to look off the Betty Bowen Viewpoint. Saw a cruise ship in port. 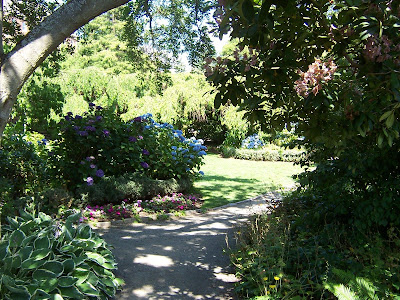 Across the road is the Parsons Memorial Garden. We checked out the flowers along the walk. 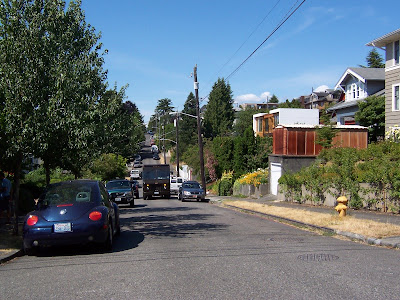 Using Google maps, I had made directions to the next place but we decided to let our GPS lead us there. OMG! It lead us down some narrow windy streets. Good thing we turned before we came to the parked UPS truck! 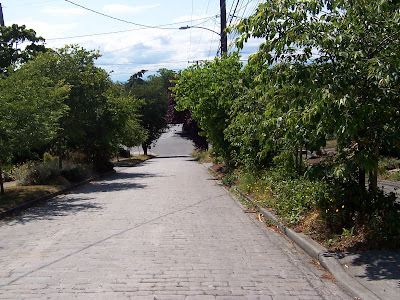 This road isn't bricked, it's stoned! Yes, it's on a grade too. 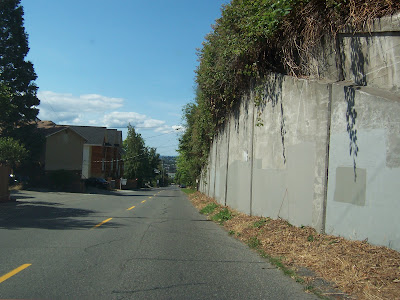 We made our way down to a street with this huge retaining wall. 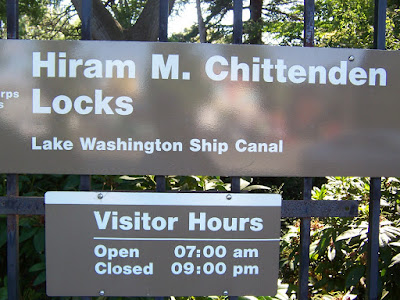 But the GPS got us to our destination. 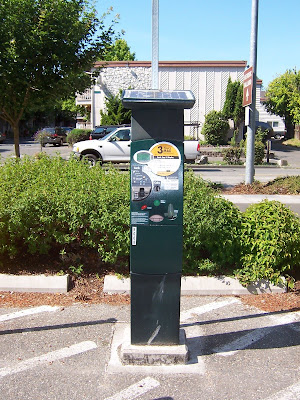 It's pay parking so we had to figure out how to run the machine to get a parking fee receipt. We finally got it on the third try. 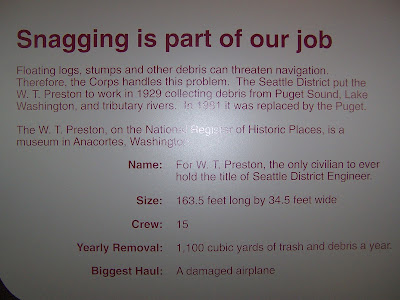 The locks are a Corps of Engineers site. We went through the visitor center and read about what the COE does and how the locks were built. 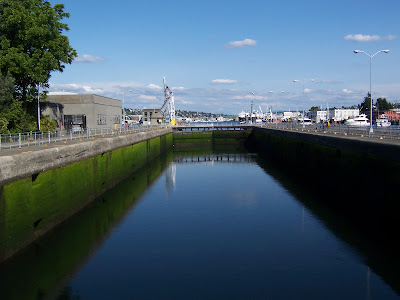 There are two locks... one for large ships and one for smaller boats. This is the large one and we didn't see any ships come through while we were there. Notice the mossy sides! 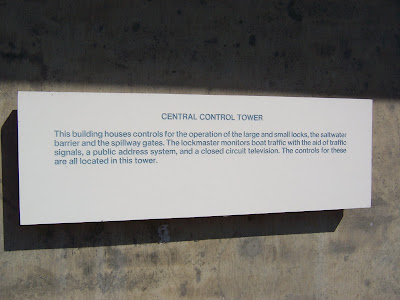 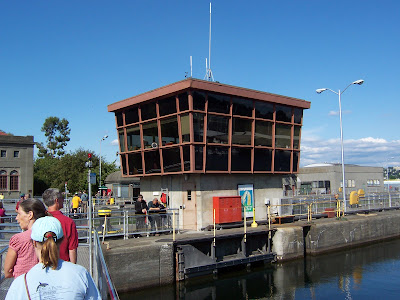 When the lock was closed, you could pass over it to the next lock and then over to the fish ladder. 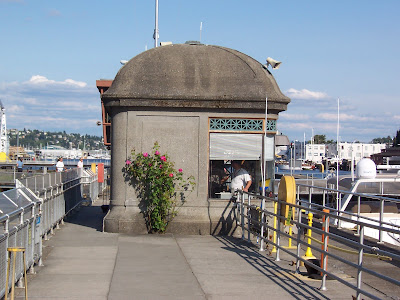 Mostly we saw personnel going in and out of this building alongside the lock. 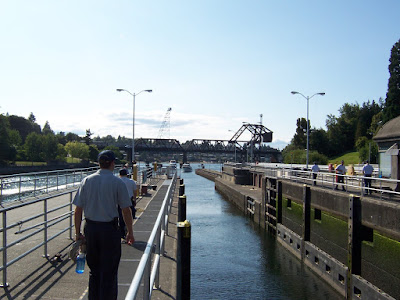 Here comes a boat for the small lock. Notice the railroad bridge in the background. We couldn't figure out what the thing on the right was. 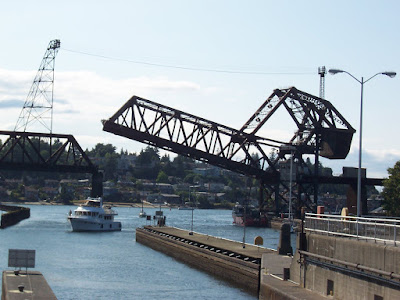 Here's a closer view of when it was raised to allow a boat to pass under. 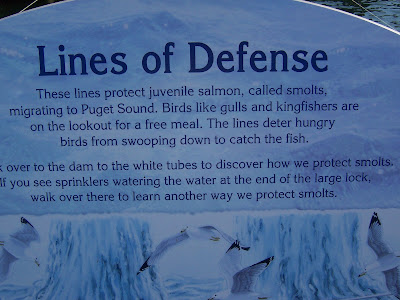 There was a spillway too. 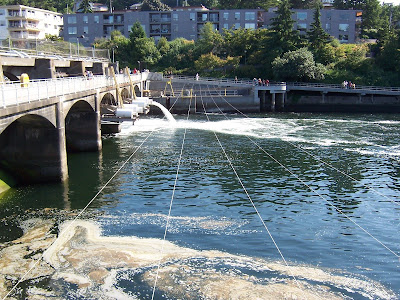 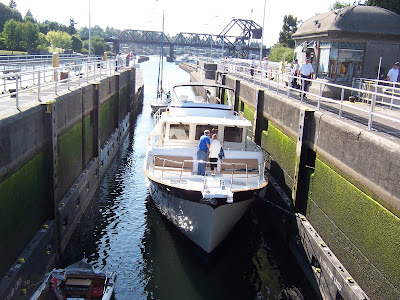 Oh back to the locks. The lock crew tells the boats which side they need to tie down to and how far in to go so they can get as many boats as possible into the lock. 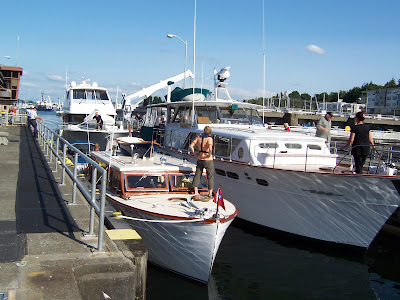 There were four boats in this lowering. Notice where the boats are tied. 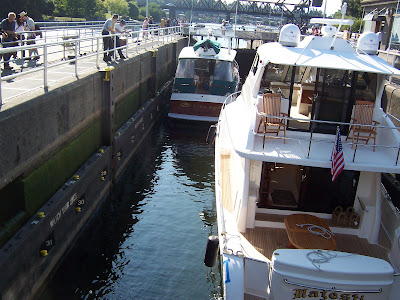 Now notice that the tie post lowers with the water. I haven't been around locks before and hadn't thought about how the moorings need to raise and lower with the water. 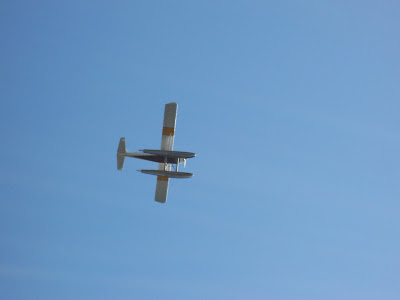 A couple float planes flew over. 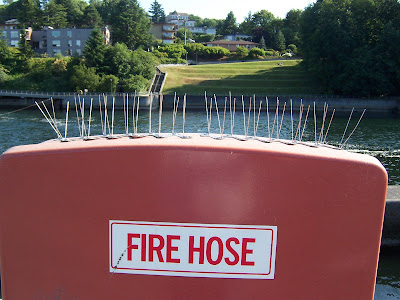 Lots of sea gulls so every lamp post has wire spikes to keep them from landing. Even this fire hose enclosure had them. 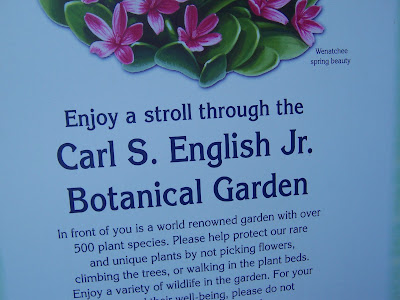 The gardens are around the locks. 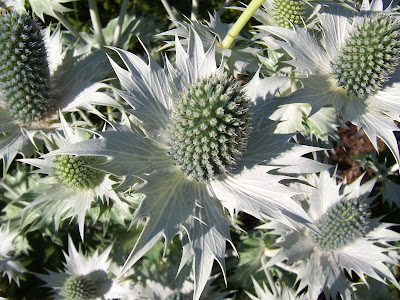 We didn't get a photo of the roses. 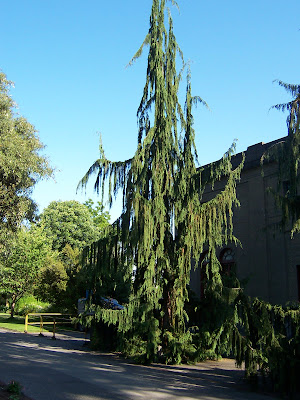 Don't know the name of this tree but it's unusual.