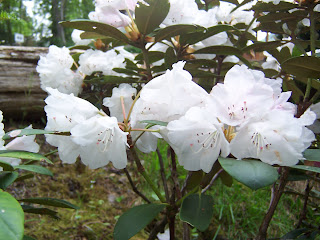 Well the second (or maybe third) round of flowers are looking beautiful! Azaleas, rhododendron, irises and some, like these, I don't know the name of. 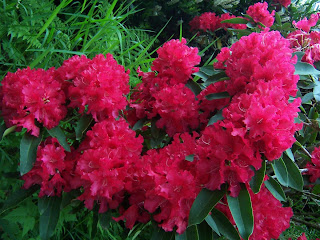 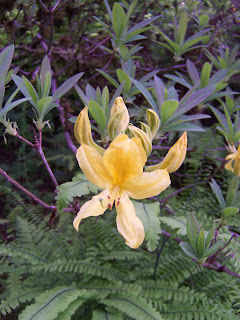 Don't know but they sure are pretty! 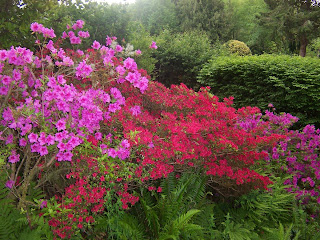 There are many different kinds of azalea. I think the ones in the middle are a small variety. 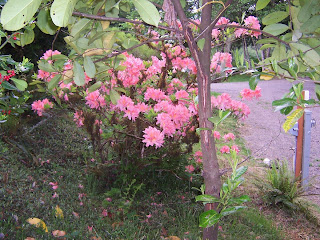 Ok I was too lazy to walk around the fence to get a better photo of these beauties. 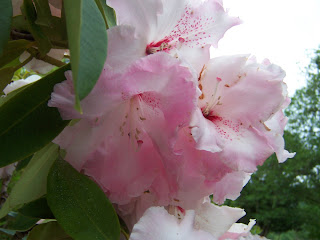 Up close to some light pink rhodies with spots. 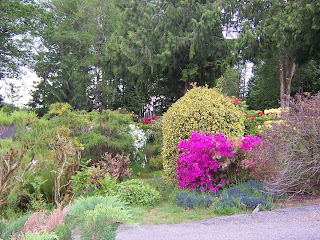 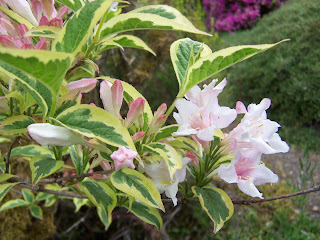 Don't know what these are called but the combination of varigated leaves and flowers sure are pretty. 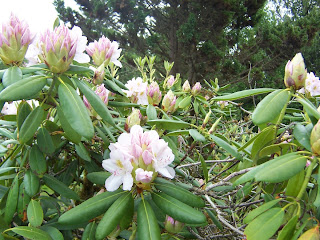 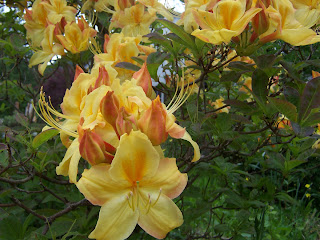 All I can say is, gorgeous! 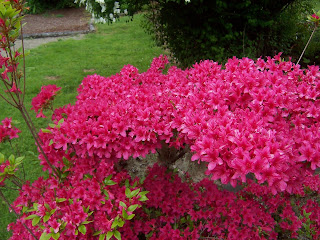 Showy azaleas. Ya don't see many green leaves there! 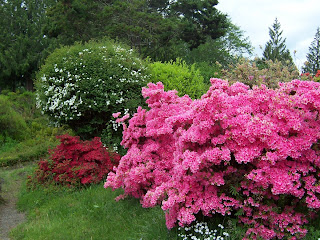 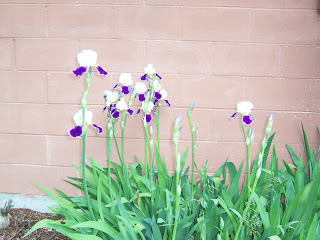 There aren't many irises in the park and every one I see open is like this. There's a bunch in another spot that aren't open yet but, once they open, I'll check to see if they are different. 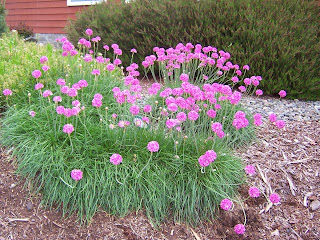 Danged if I know what these are called. 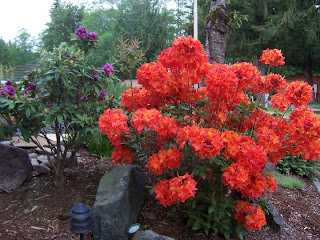 Look at this beautiful orange azalea with its purple rhododendron pal. The rhody isn't open all the way yet. 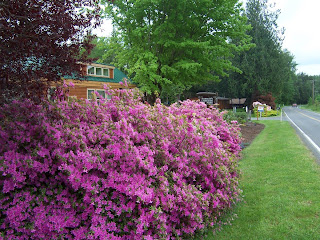 Huge azalea bushes by the road. 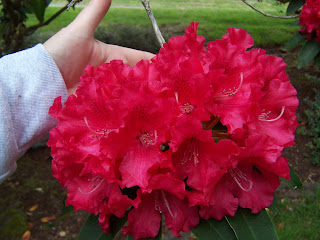 Here's a photo to show you how huge and full the rhododendron flowers are. This is just one bud! 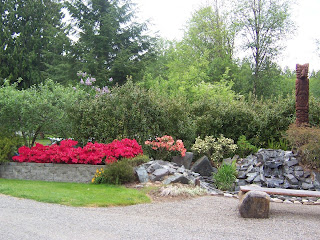 The back koi pond. 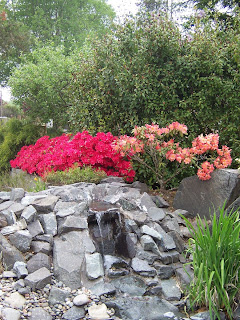 Red azaleas and pink rhododendron by one of the waterfalls. 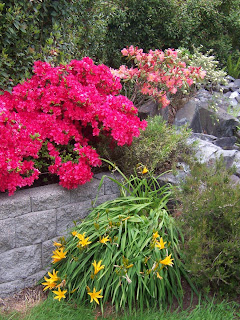 A shot from a different angle shows the yellow lilies too. 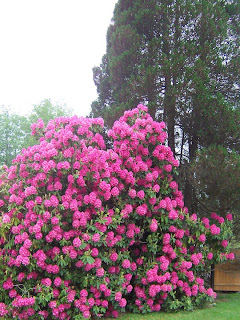 The largest rhododendron bush in the park. Its as tall as a motorhome and I've seen people posing by it for photos. 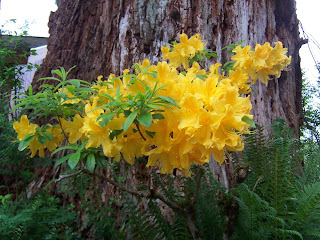