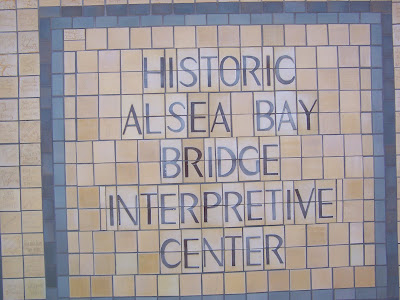 In Waldport, OR we checked out the Alsea Bay Bridge Interpretive Center. It told about the history of the area and the progress from people following animal trails to the present day highway system and bridges. The bridges were the last part of the system to be built. 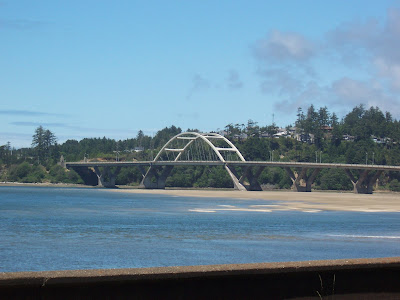 This is the new Alsea Bay Bridge. It was completed in 1991. The old bridge was a McCullough design (see previous posts and following photo) that opened in 1937. 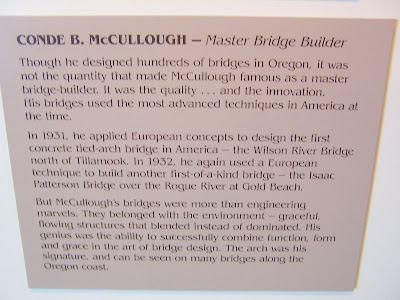 We've been over many of the bridges designed by McCullough. 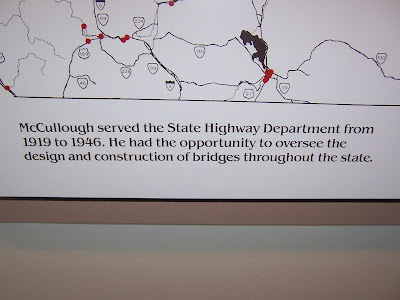 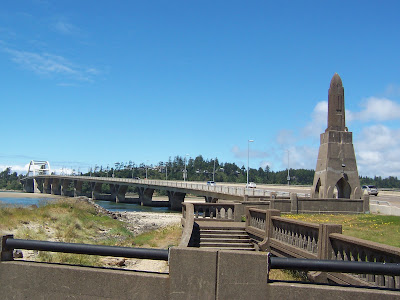 It looks like they left the art deco pillars at each end of the new bridge. I'm assuming they had to be moved since the new bridge is four lanes wide and the old one was two lanes wide. 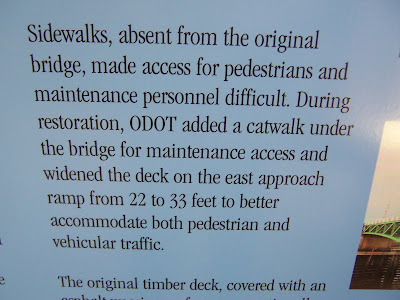