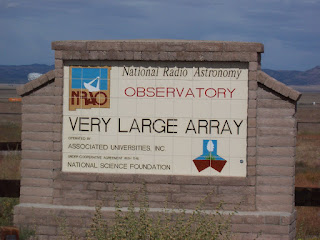 This is an astronomical observatory used to study cosmic objects ranging from the Sun and planets of our solar system to distant galazies and quasars at the edge of the observable universe. The antennas detect radio waves that are emitted by celestial objects. 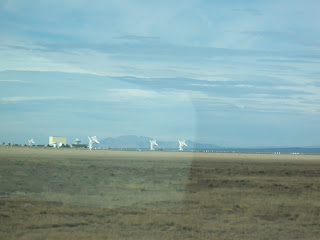 This is a view of some of the antennas from a distance. There are 27 dish-shaped antennas connected together to form a single large radio telescope. Each antenna collects incoming radio signals and sends them to a central location where they are combined. 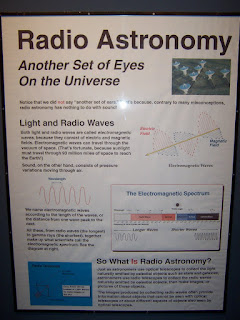 By using many antennas in this manner, the VLA can make detailed pictures of extremely faint objects in the sky. The combination of high resolution and high sensitivity makes the VLA one of the most powerful radio telescopes in the world today. 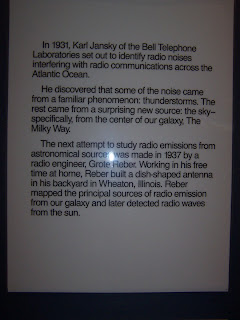 If our eyes could see radio waves instead of light, the sky would look strangely different. A bright Sun would be visible, but the daytime sky would seem dark like the night. 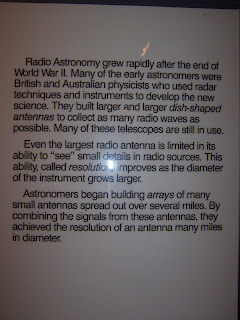 The familiar bright stars would be gone. Instead the heavens would be full of glowing nebulous patterns of emission that arise from clouds of hot interstellar gas or from super high energy cosmic rays that swarm along the magnetic pathways of our Galaxy. 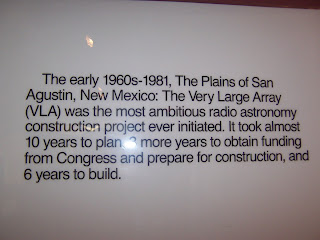 The VLA is used by astronomers from around the world. Proposals to use the instrument are judged solely on their scientific merit and once a proposal is accepted, there is no charge for the use of the array and the associated data analysis computers. 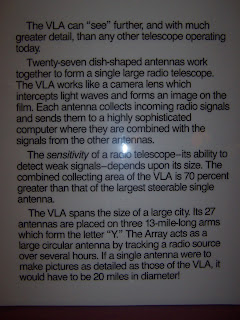 Observations are made using the VLA generally 24 hours a day, 7 days a week. Radio astronomy is not limited to nighttime or clear weather observing. 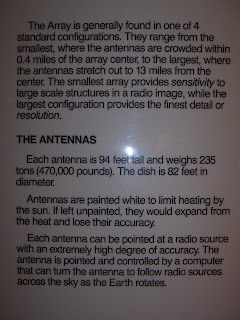 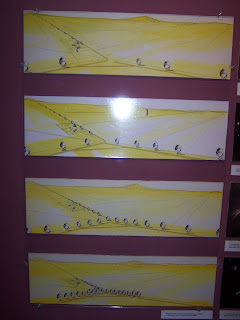 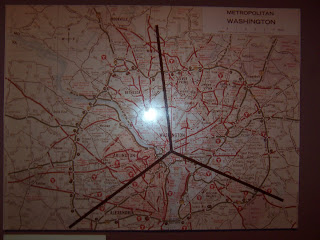 The size of the VLA in comparison to the Washington, D.C. metropolitan area. 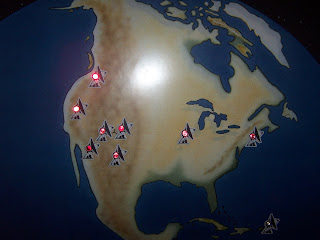 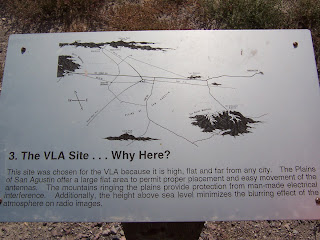 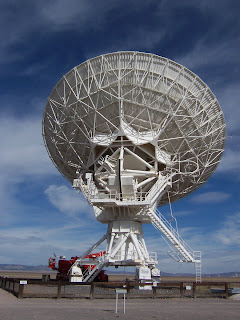 We were able to walk up to this antenna. 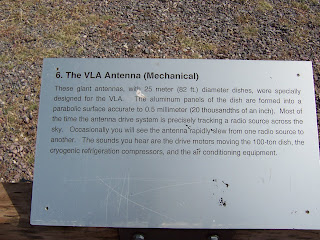 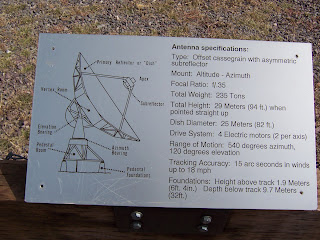 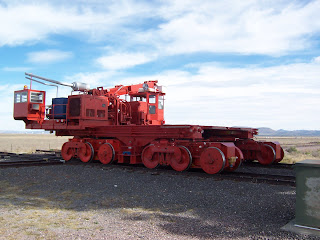 The antennas are carried along the array arms by a special, self-propelled, transporter moving on parallel sets of railroad tracks. During transit, the transporter supplies the antenna with power to keep the receiver cooled and the electronics stable. 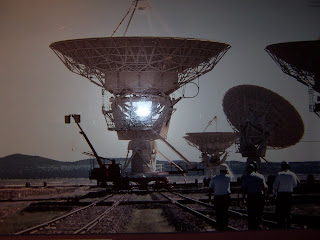 This is a photo of an antenna being transported. It takes from two to eight hours to relocate an antenna. One or two weeks are needed to reconfigure the whole array. 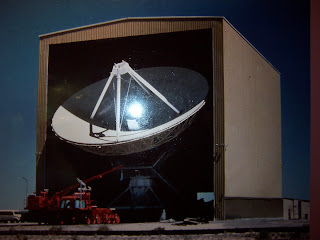 This is a photo of an antenna in the Assembly Building. 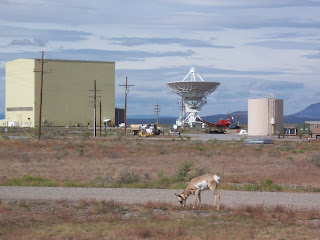 All we saw was an antenna sitting by the Assembly Building. Oh, that's the VLA's pet in front. 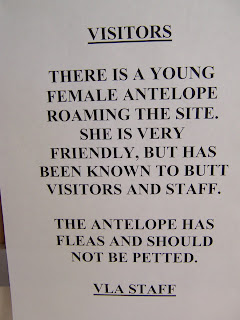 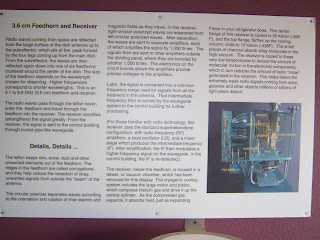 Inside the antenna the receivers are cooled to -427° F. to reduce internally generated noise, which tends to mask the very weak radio signals from space. 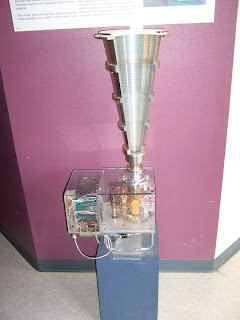 The VLA receivers can be tuned to eight different bands. These signals are amplified several million times and sent to the control building along the buried waveguide. 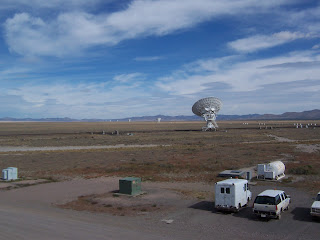 Looking to the north you can see the antennas spread out. They can be spread out a maximum distance of 13 miles from the control center. 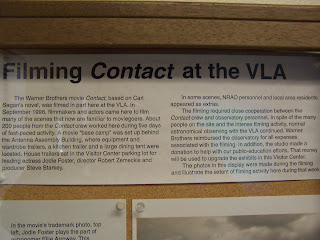 The VLA has also "starred" in Hollywood movies, documentaries, articles and news stories seen around the world. 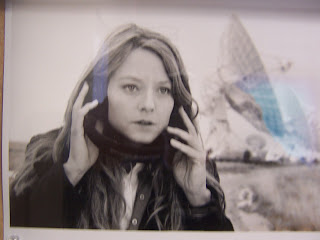 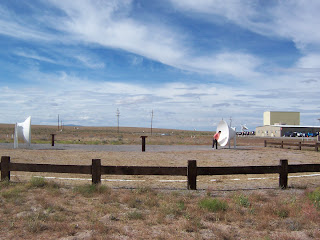 These two small dishes were set up to demonstrate how they can receive faint sounds. I faced one dish and talked in a low voice into it while Nolan stood facing the other dish. We could hear each other just fine.
Posted by Nolan and JoAnn at 12:19 PM