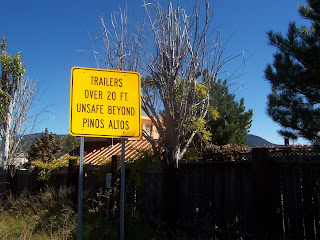 We headed north out of Silver City, NM on NM Highway 15. I had heard it was curvy but I didn't know it was only 1 1/2 lanes wide. 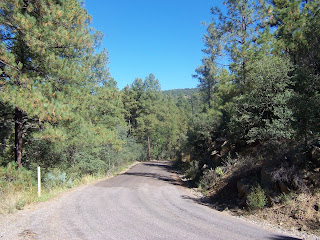 Lots of very sharp curves and some road construction where they were putting on new asphalt. They were raking it around the road. Kinda weird and the bike tires sure picked up a lot of it. 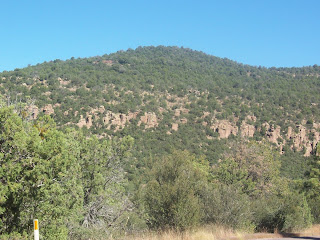 There were a few places to pull over and take photos. 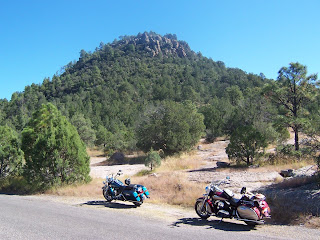 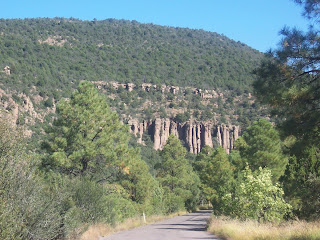 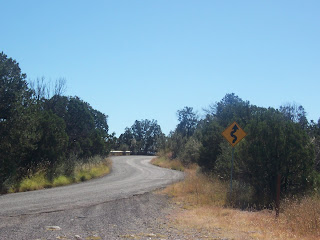 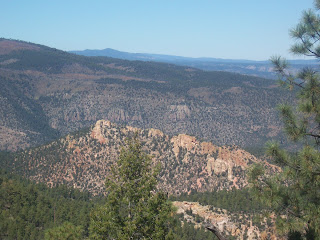 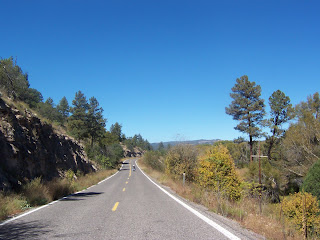 Once we got to Lake Roberts the road got wider and it actually had lane markings. 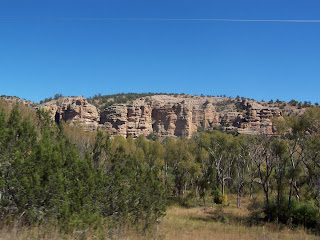 The 41 miles up to the cliff dwellings took us two hours! 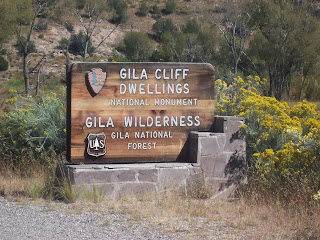 The Mogollon (pronounced mo-go-yón or muggy-own) occupied these cliff caves between the late 1270's and the 1300. There are seven caves of various sizes but only six were used as dwellings. 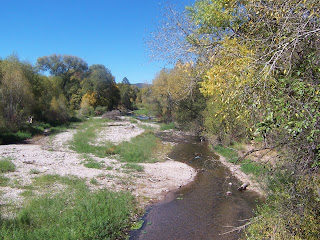 First we crossed the West Fork of the Gila (HEE-la) River. For some of its course the river disappears below the sand but here it always runs on top. 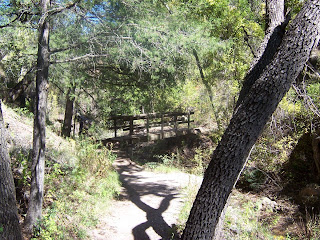 We followed a dry creek bed for a short distance before a fast running stream appeared. For most of the year, this creek, Cliff Dweller Creek, disappeared into the gravel before reaching the river. We crossed six bridges on the way to the dwellings. 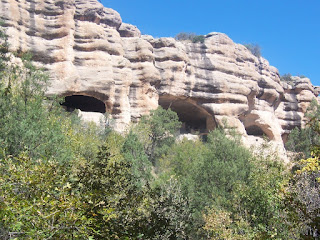 At one point there was a good view of some of the caves. These cliffs were formed by the eruption of two large volcanoes about 28 million years ago and erosion from the stream flowing by. 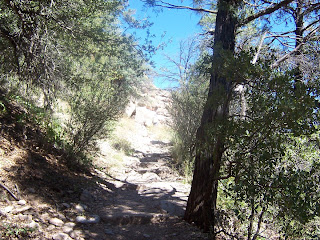 We left the stream bed and began a 180' hike up to the dwellings. We were told to watch for rattle snakes but we never saw any. 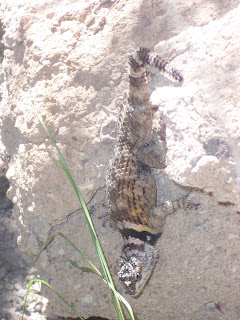 We did see this Spiny Crevasse Lizard. I'm guessing it was 8 to 10" long from nose to end of tail. It eats the moths that gather on the cave walls. 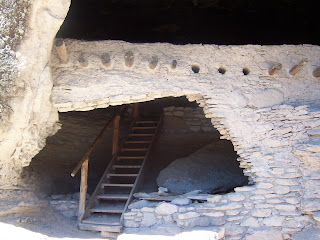 The trail led us into cave #3. 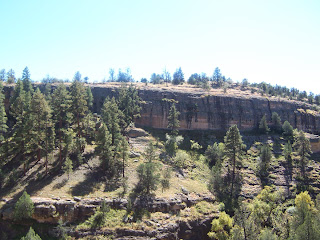 Before we went in, we turned and looked at the view across the canyon. 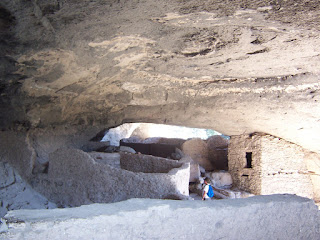 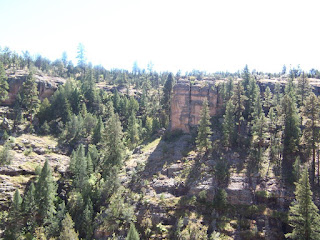 Every cave had great views. The Mogollon grew corn, beans and squash along the river as well as on mesa tops. 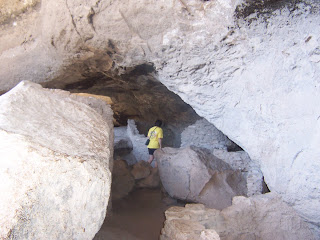 Another useful plant was the yucca. Every part of the yucca was used somehow: young stalks and fruits for food, roots for soap, and spikes for needles. The fibrous leaves were used as paint brushes or pounded out and woven into twine, mats and sandals. 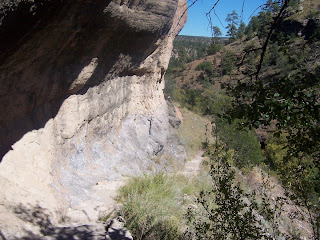 We decended a ladder and started our trek back to the parking lot. 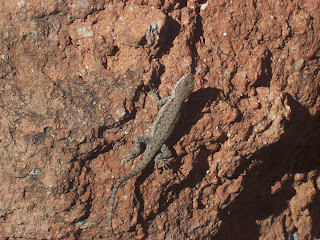 Nolan got this great shot of a tiny lizard. It was only about 3" long from nose to end of tail. 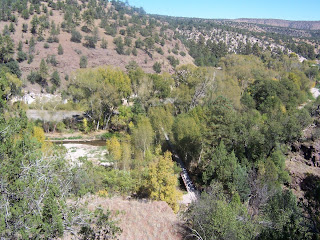 At one point we could see the bridge we crossed at the start of the trek. The parking lot is beyond the group of trees. 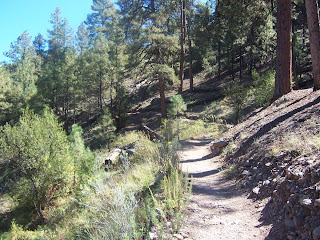 This is the path we took down the hill. 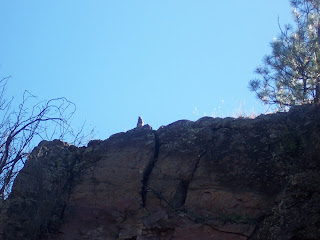 We got quite a chuckle out of this squirrel sitting on the cliff top watching people pass below him. 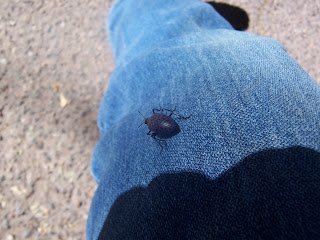 Nolan made a friend when he sat down at the end of the hike. I have been unable to find out what kind of beetle this is but he was blue with black spots.