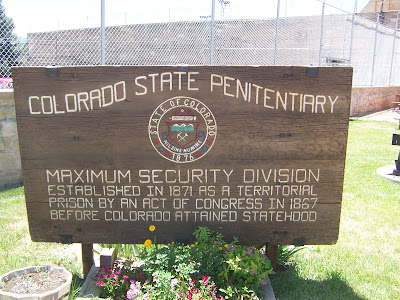 We visited the Museum of Colorado Prisons in Cañon City, CO. Behind this sign is the walls of the Colorado Territorial Correctional Facility which houses approximately 800 medium security male prisoners. The Museum was the first prison museum located adjacent to an active prison. 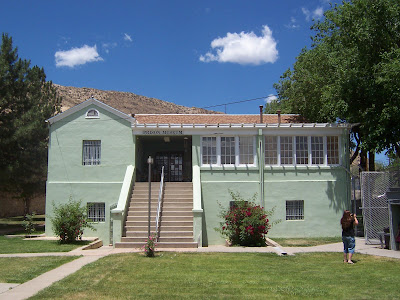 The museum building was once the Colorado Women's Correctional Institution and was built in 1935. Female prisoners were housed here from other states, as Colorado was one of the first states to have an all-female prison. When we paid our admission fee we were given an self-guided tour pamphlet from which I am quoting throughout this post. 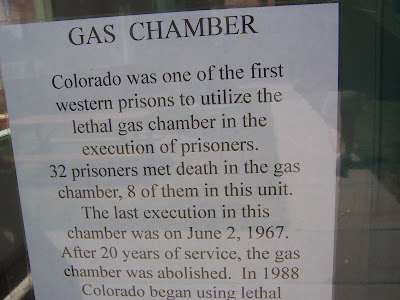 The old gas chamber was in a small display building on the grounds. 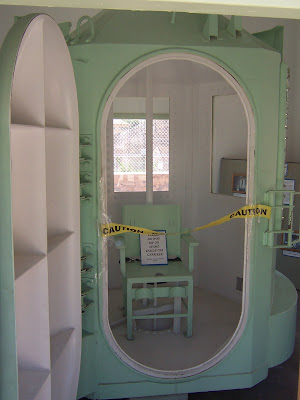 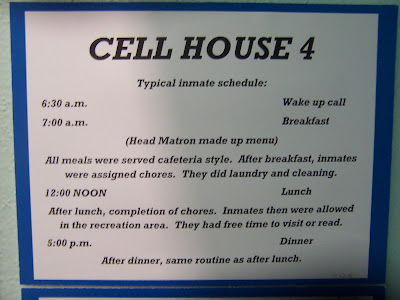 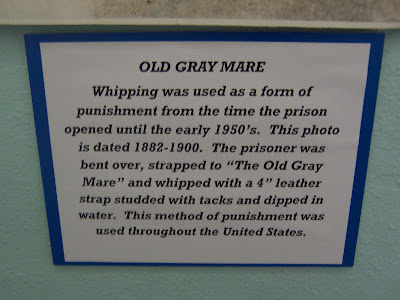 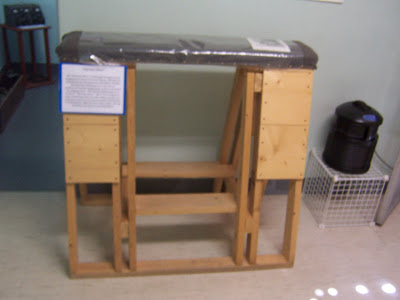 Photo of the old grey mare. 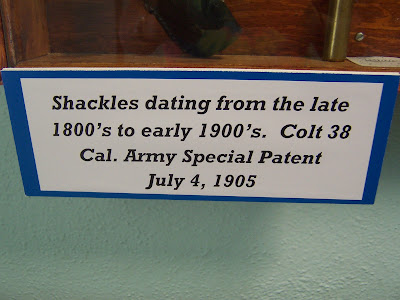 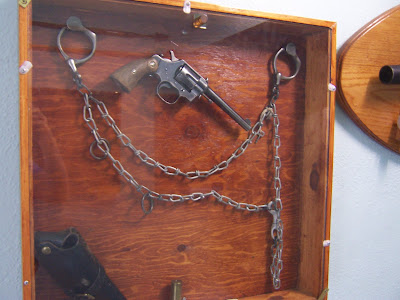 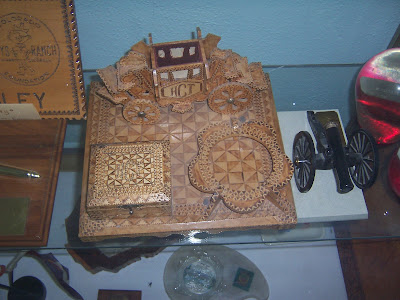 This decoration was made by prisoners for one of the wardens. 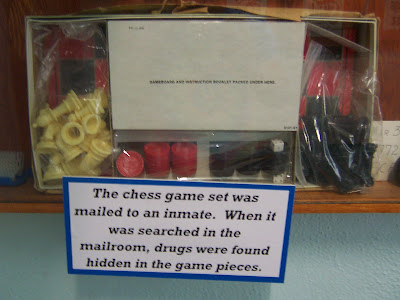 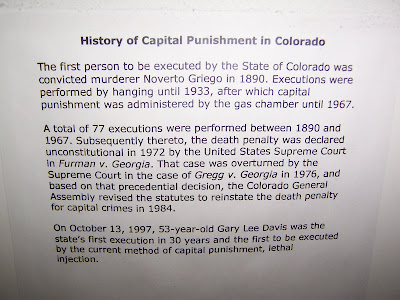 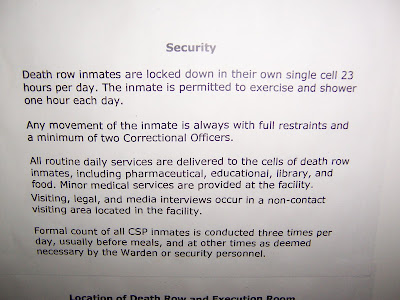 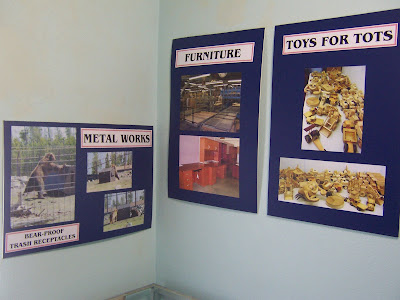 Prisoners are involved in lots of activities including talapia farming, dairy farming and there is a wild horse program in addition to the ones listed in this photo. 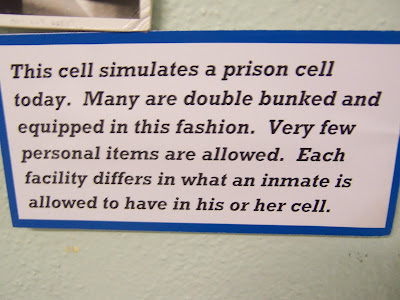 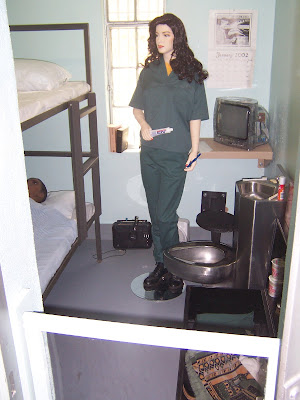 Notice the see-through TV in the shelf. 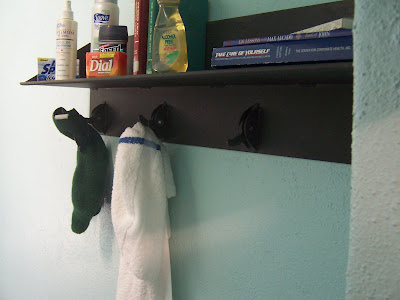 These hooks were not made to support much weight so they could not be used by the prisoners to hang themselves. 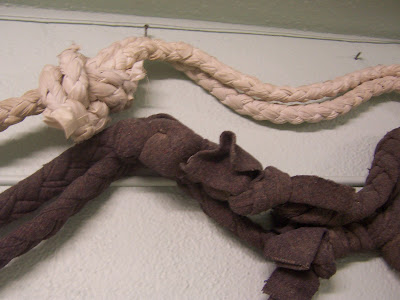 Ropes made by prisoners in escape attempts. 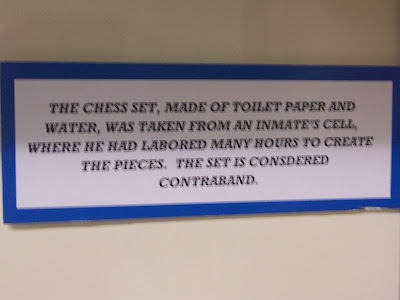 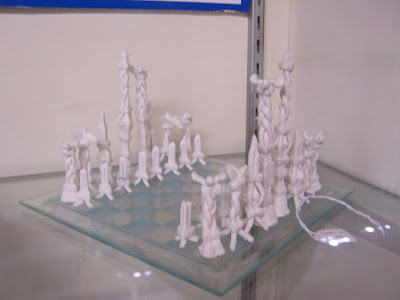 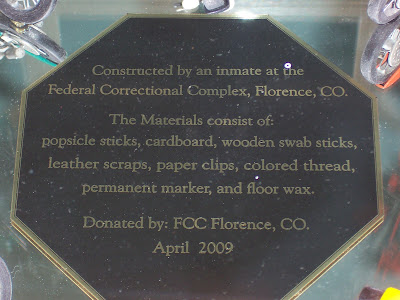 This plaque was in a display case with many motorcycle models. 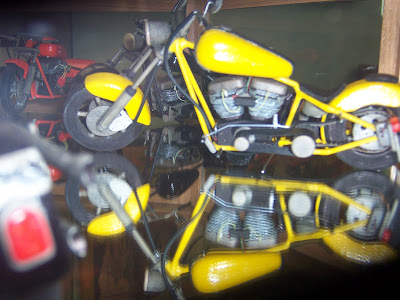 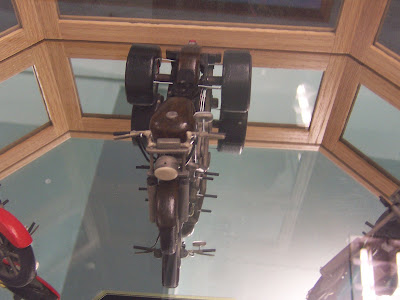 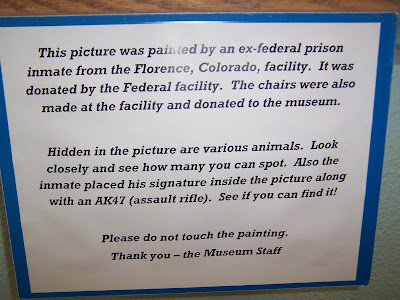 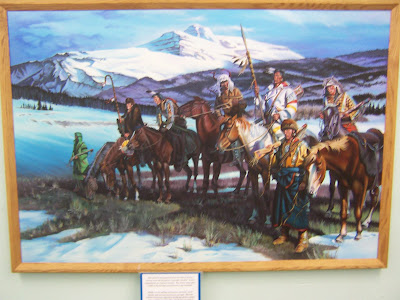