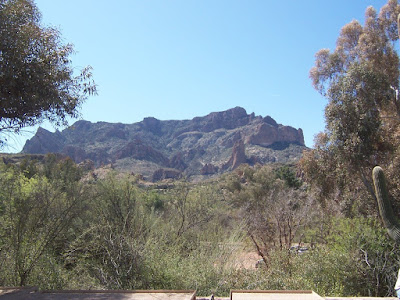 The Arboretum brings together plants from the Earth's many and varied deserts and dry lands and displays them alongside examples of the native Sonoran Desert vegetation. Picketpost Mountain to the south of the Arboretum. 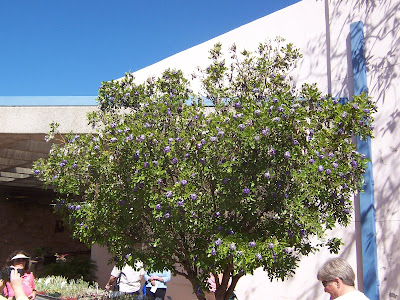 This tree had pretty purple flowers. It's called a Mescal Bean or Texas Mountain Laurel tree. 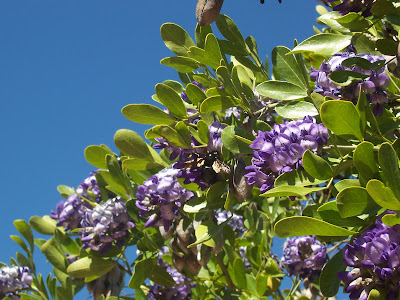 If you double-click this photo to enlarge it, you will see the large bee getting nectar from the flowers. 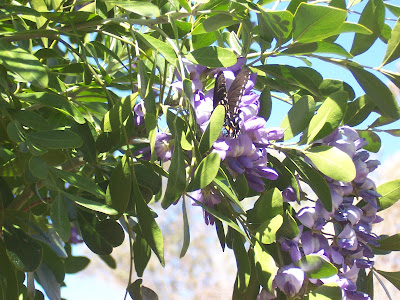 This butterfly liked the flowers too. 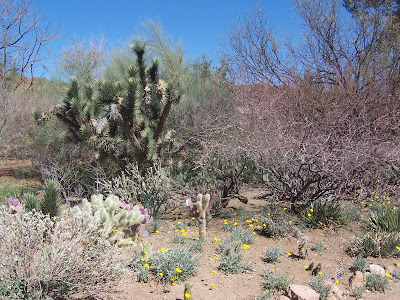 We took a tour that was the combination of a general tour and a flower tour. The guide was pointing out the different kinds of flowers but we had such a huge group that it was difficult to see what he was pointing at. I think most of these are forms of daisys. The tall bushy plant is a Joshua tree. There are also at least two kinds of prickly pear and one cholla. 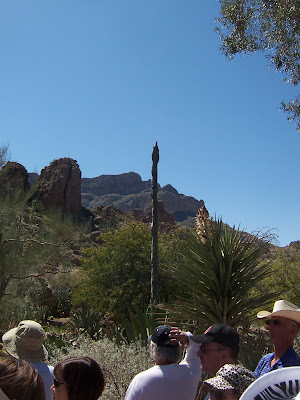 The large stalk that looks like a large piece of asparagus is the flower stalk of an agave. This particular type of agave is huge and has a huge flower stalk. The folds will open up, braches will fan out and flower bunches will form on the ends. Once the agave blooms, it dies. 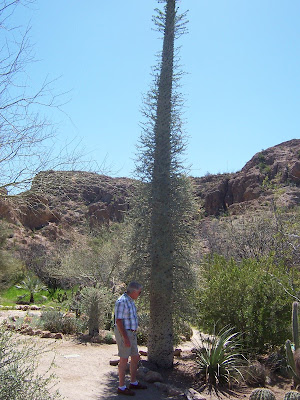 It's been five years since we've seen one of these. It's a Boojum and is a relative of the ocotilla. They are native to Baja California. 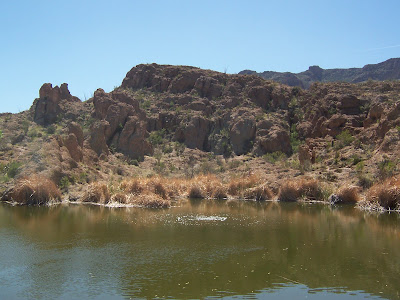 This is a pond created by diverting water from Queen Creek. It is impounded here to provide water for the arboretum. Queen Creek is on the other side of the hill. 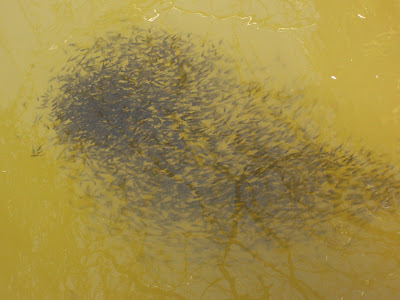 Native fish are grown here to repopulate other areas of the state. This is a school of minnows. 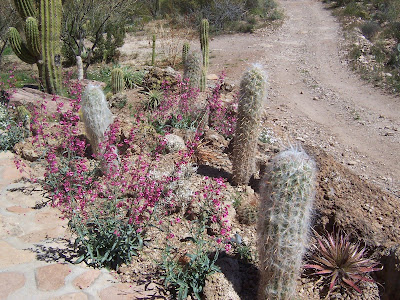 I think these flowers are penstemon. The hairy cactus in the front and middle left are an Old Man Cacti. The hairs shade it during the intense sun of the day and helps it hold in heat during the cool of the night. 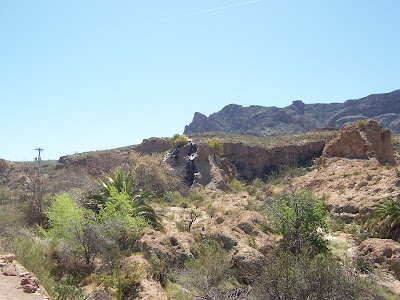 This is the outflow for the water diversion from Queek Creek. It runs into the pond. Some plants that normally wouldn't grow here because of the arid conditions do because of the water. 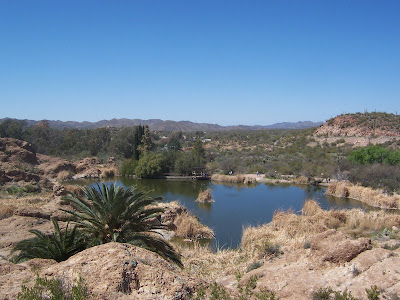 The pond from above. 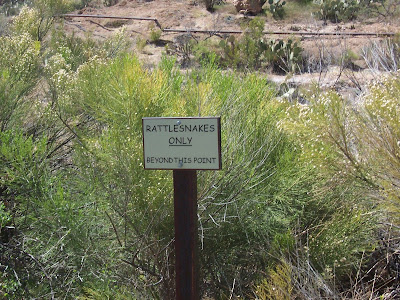 The park's funny attempt to keep people on the trail. 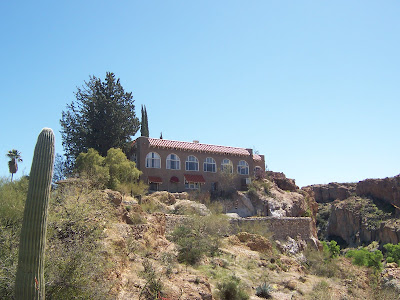 The arboretum is named for Boyce Thompson, who started it and built this house. Thompson was a multi-millionaire that died shortly after building this house in the late 1920's. 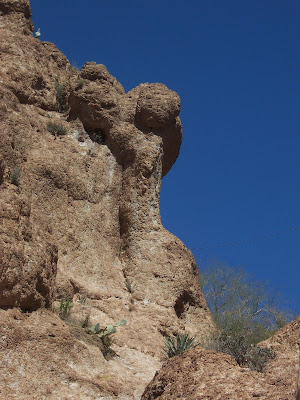 Do you see Odie, the cartoon dog? 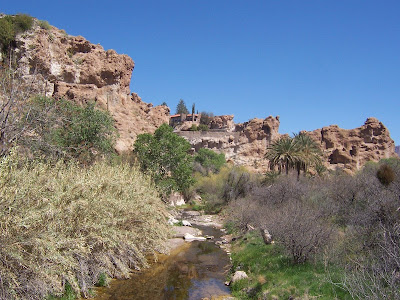 Thompson's house from the other leg of the Canyon where Queen Creek runs. 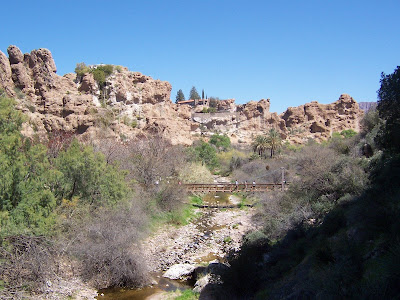 Even further along Queen Creek where a suspension bridge crosses the creek. 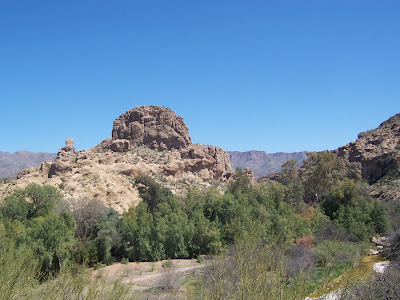 The arboretum is built around a ridge of magma left from an eruption more than 20 million years ago. Wind and water have carved out the canyons on either side. There are many more gardens and things to look at in the park so we'll probably go back some time. We took a tour about the medicial uses of some of the plants and that we very interesting.
Posted by Nolan and JoAnn at 10:13 AM