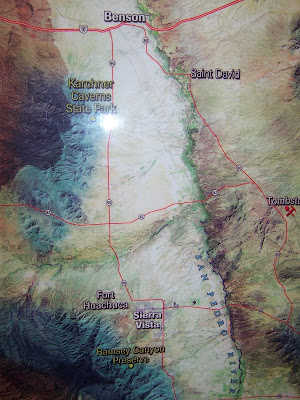 The two things we did today was visit Karchner Caverns State Park and Ramsey Canyon Preserve. We stayed at Benson so all we had to do was head south. No photos are allowed at Karchner Caverns. Two spelunkers found these Caverns in 1974 and explored them for 4 years before informing the land owners about what they had found. The land owners (the Karchners) and the finders agreed that they didn't want to see the caverns vandalized but they wanted to have them open to the public. It took 10 years but the State of Arizona finally purchased the land in 1988. The finders spent two years going around to other caves open to the public and asking what the cave developers would have done differently if they knew then what they know now. All that knowledge went into the construction of the public areas of the caverns. It took 9 years and 35 million dollars before the first part was open to the public in 1999. These caverns are wheelchair accessible. We still like Carlsbad Caverns better but everyone is different. 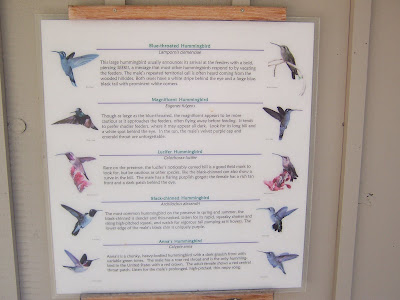 At Ramsey Canyon Preserve we walked through the Visitor Center and got a map of the trails. Hummingbirds are very active in this area and information on 14 varieties are posted. 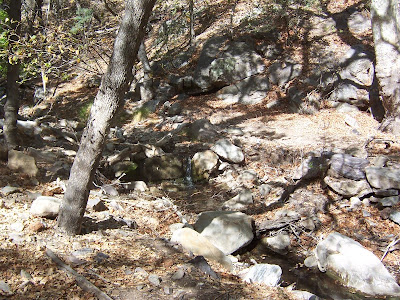 The trail follows a stream called Ramsey Creek that is a key tributary to the San Pedro River. The presence of water makes for a tree-lined trail and abundant wild life. Most of the people we saw were watching the birds. 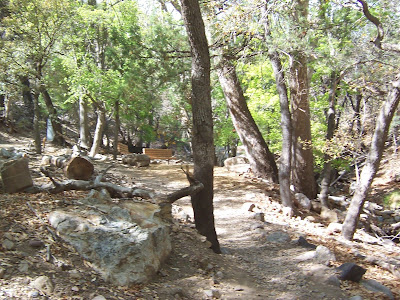 Right at the start of the trail is this area with benches in front of hummingbird feeders. 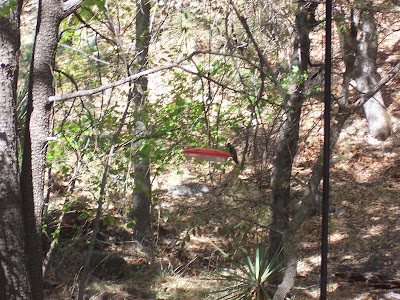 Nolan caught many different sizes of hummingbirds eating at the feeders. 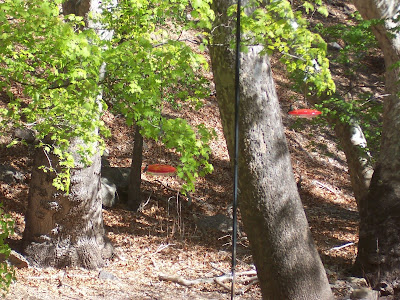 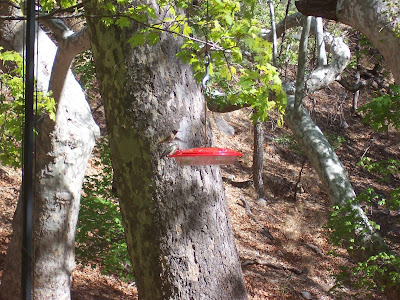 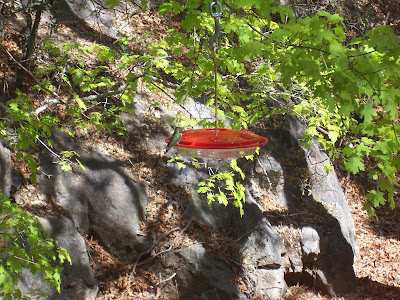 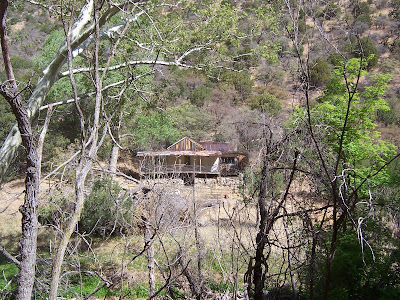 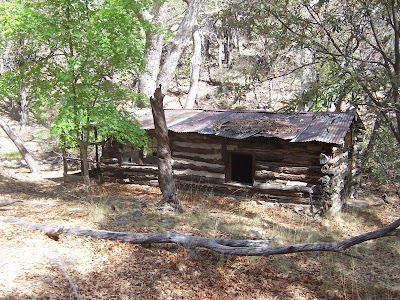 The James Cabin was built in 1911. It is now enjoyed by lots of different wildlife. 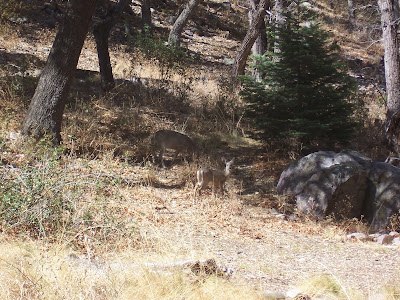 We saw deer, squirrels, lizards and lots of different birds during our walk. 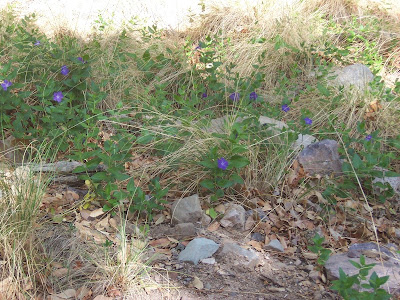 We had to stop for some flower sniffin'. 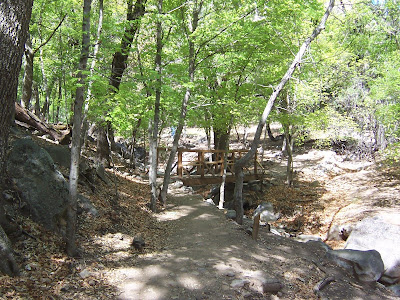 We crossed the creek four times on bridges. 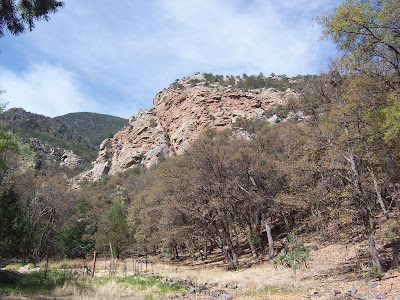 A view of the mountains around the canyon. 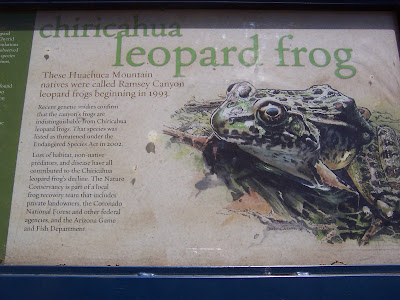 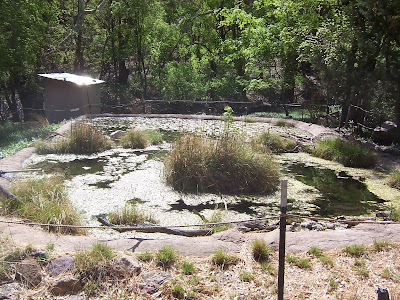 The pond that was built for the frogs. 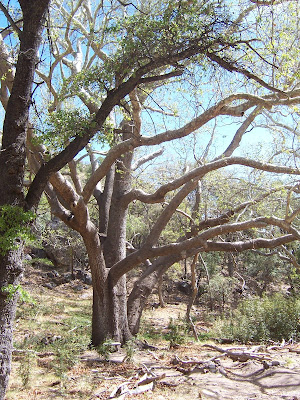 This huge Arizona Sycamore is thought to be 250 years old. 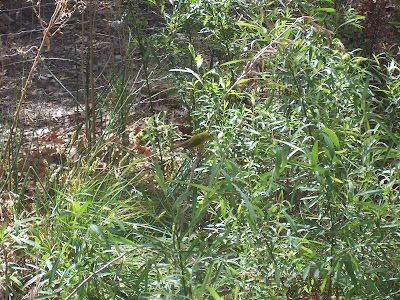 Good bird photo, Nolan! Don't know what it is but it's pretty. We also heard some birds squacking and figured out that the blue jays flying through the trees was the reason. 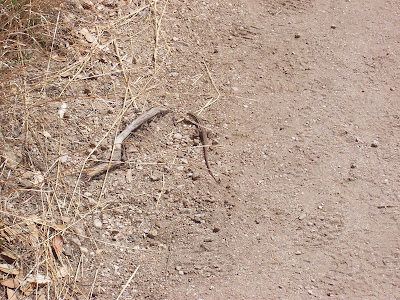 One of the many lizards we saw. This one is probably the largest... maybe 8" long including the tail.
Posted by Nolan and JoAnn at 7:23 PM