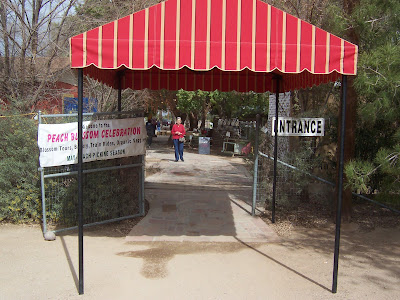 Fifty-seven people from Sunscape went on a tour of Schnepf Farms by Queen Creek, AZ. 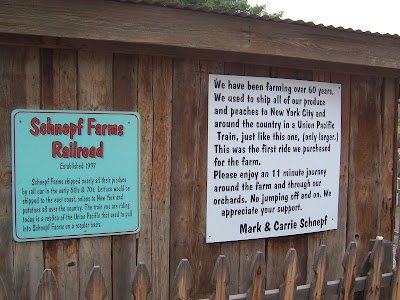 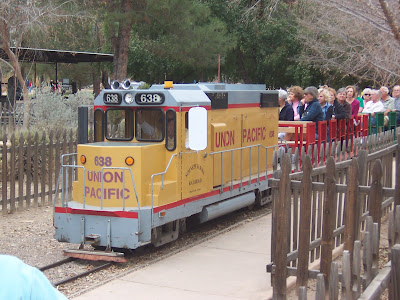 Yep, we went for a ride on the train. Ok, so it's small scale. Nolan and I just barely fit in a seat together. 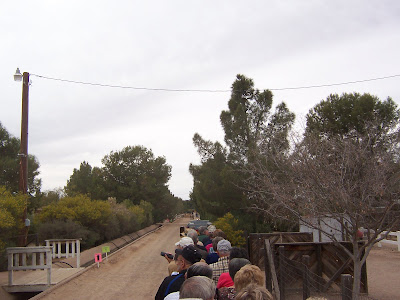 Running alongside one of their small canals. 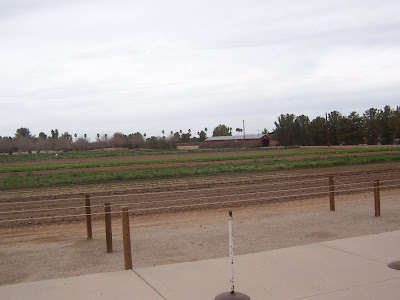 They have a u-pick vegetable garden. Only 6 acres. 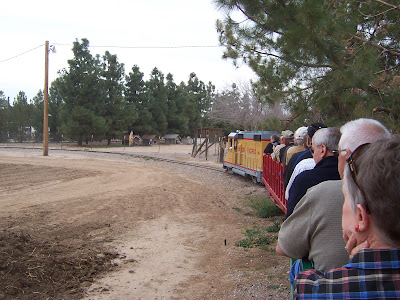 The wheels sure squealed going around the curves. 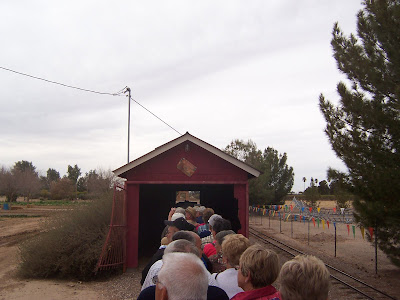 They even had a covered bridge. 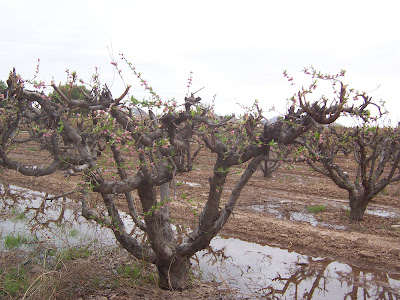 Some of the varieties of peaches were blooming. We had several nights of hard freezes a couple weeks before this and some of the early bloom varieties lost their blossoms. 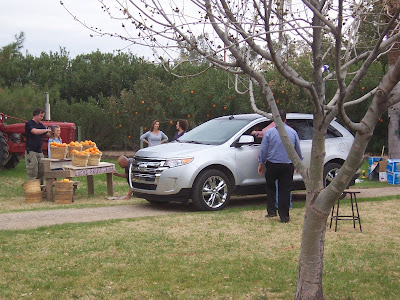 Fry's Grocery Stores were having a commercial filmed while we were there. Yep, they hung oranges on oleander bushes. LOL 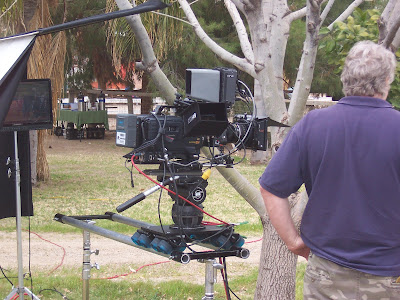 After the train ride we went on a hay ride around the farm. Man those bales were hard. 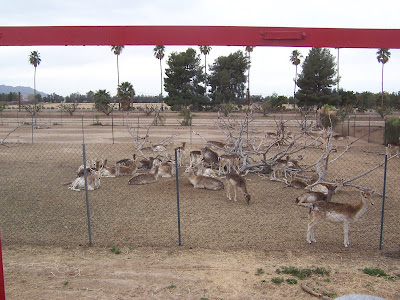 They even had a herd of deer. Course they magically transformed into reindeer at Christmas time. 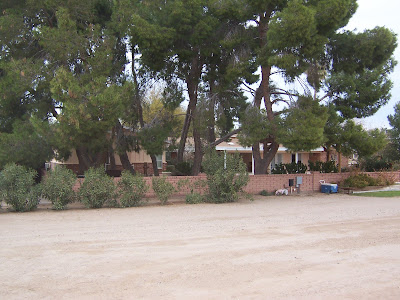 The farmhouse where the present owner was raised is now the wedding center. 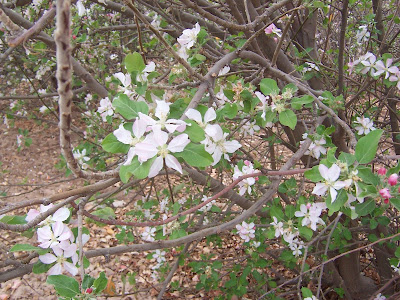 They also grew apples which were in bloom. 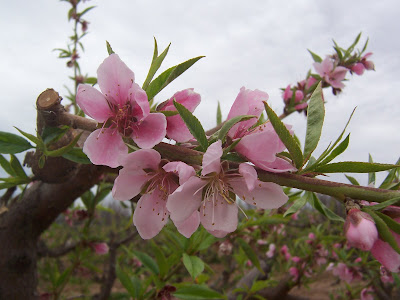 Peach blossoms. They do not have a fragrance. 85% of the Schnepf Farms peach crop is picked by people coming to the farm. The other 15% is used by the farm to make their peach produces that they sell in their gift shop.
Posted by Nolan and JoAnn at 5:12 PM