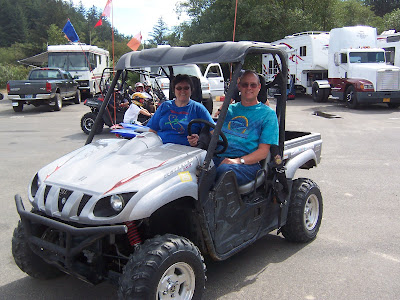 We were so close to the Oregon Dunes that we just had to rent an ATV and get out on them. We rented this Rhino. 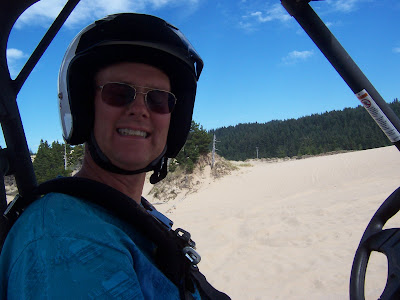 Our pilot for the day was Nolan. Doesn't he look like he knows what he's doing? We're both novices at this. 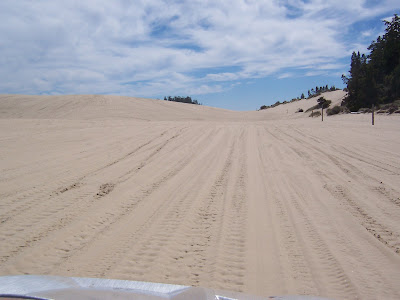 We started off real tame and mainly stuck to the low road. Sometimes the low road got very bumpy. They called the condition "the whoops". Kinda like deep ruts running perpendicular to the road about every 5'. 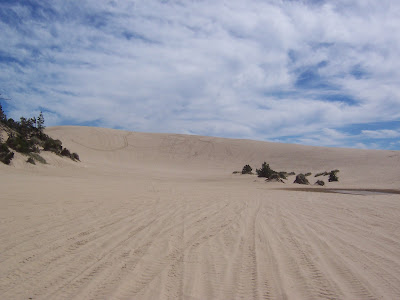 You can't really tell by this photo, but that dune is pretty tall. 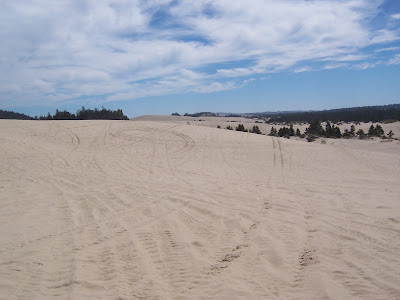 This was a double hump top. 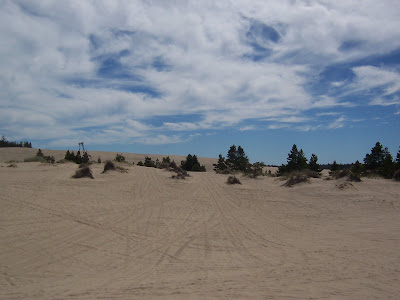 There were islands of trees among the dunes. Places where the ATVers got funneled into certain lanes. We were so worried about other ATVers hitting us that it was hard to enjoy the ride. I'm glad we went on a weekday when the dunes aren't crowded. 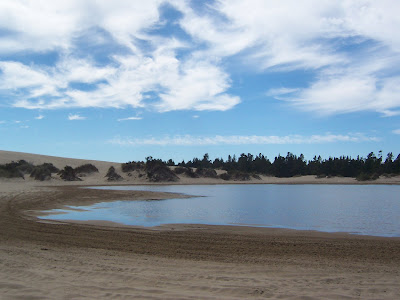 There are lots of shallow water holes among the dunes. 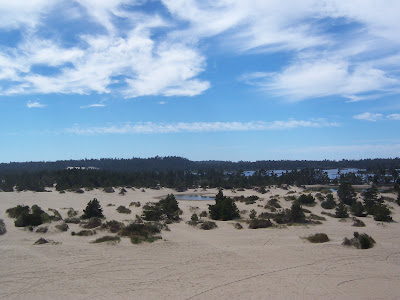 Some are even big enough to be called lakes. By the way, this photo was taken from the top of one of the big dunes. 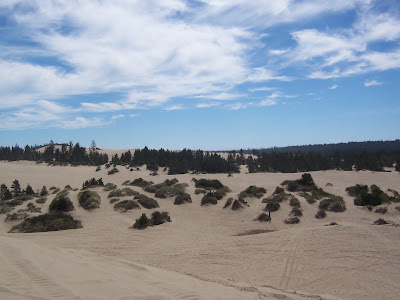 You might have to enlarge this photo so be able to see that we are at the lip of a steep drop off. Yes we stopped at the top of the dunes so we could see what was on the other side. 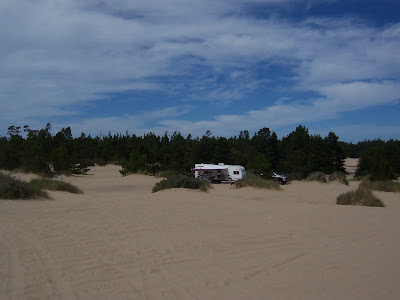 There were some RVs out on the dunes. I'd be afraid of getting stuck. 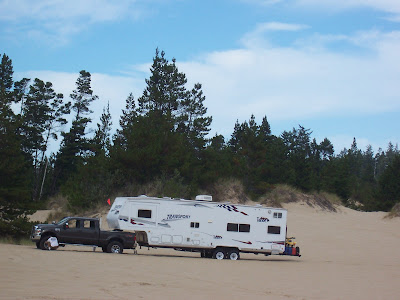 This guy had to stop and let some of the air out of his tires so he could have better traction. We saw him later on the move but didn't know if he had to get some assistance or got moving again on his own. No, he's not really going up hill here. I got the camera crooked.
Posted by Nolan and JoAnn at 6:13 PM