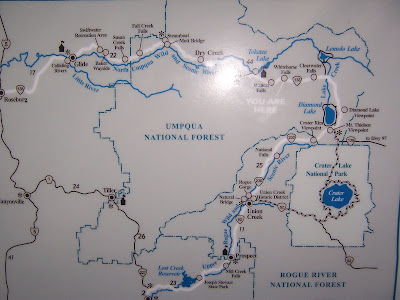 On the way back to Loon Lake from Crater Lake we traveled Hwy 138, The Highway of Waterfalls. The white line is Hwy 138. If you enlarge the photo you can see each of the waterfalls we visited marked on the map. 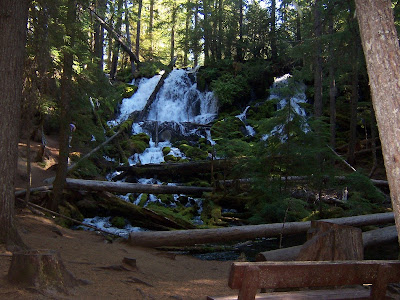 The first waterfall was Clearwater Falls. It lived up to its name as the water was crystal clear. All the waterfalls we visited had clear water. This glade was covered in moss and the water actually ran under a lot of tree roots at the top so we could walk over the water. 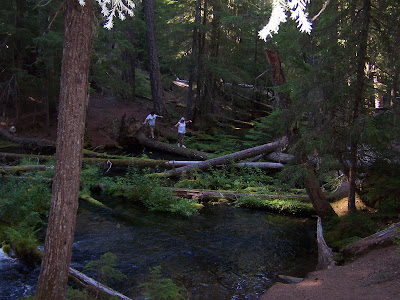 Stephanie and I started up the wrong side of the creek and had to cross over a log to get back to the right side. 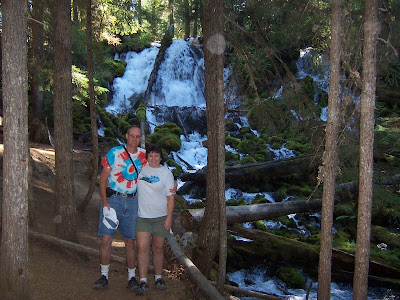 Nolan and I by Clearwater Falls. 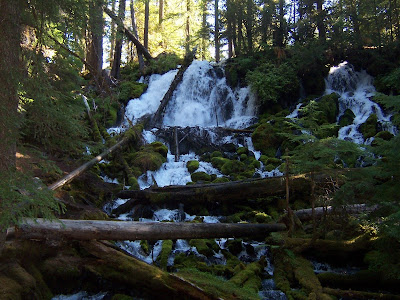 Just another pretty photo of the falls. 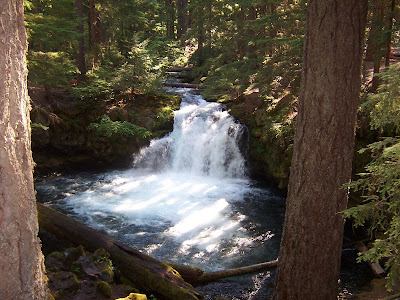 Our next stop was Whitehorse Falls. As you can see,there was a nice pool at the bottom of this falls. 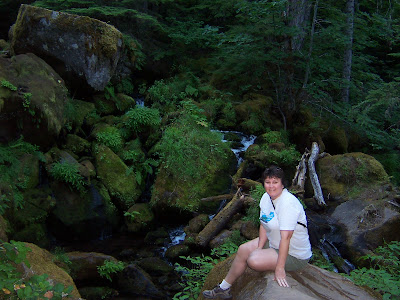 The next falls was Watson Falls. On the hike up to the falls I saw this mossy area and just had to pose for a photo. 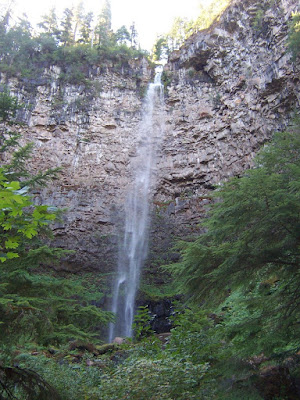 It is the third highest waterfall in SW Oregon at 272' 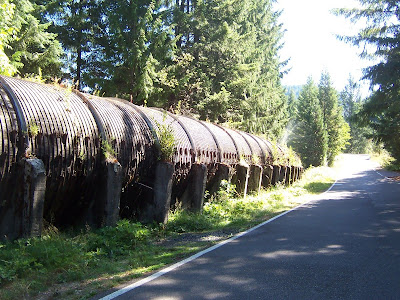 The trailhead for the last falls, Toketee Falls was by this huge pipeline. Read more about it in the next photo. You could tell the pipe was full because water was spraying out of several holes, some of which were on the top. 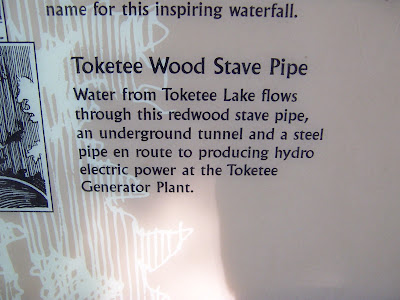 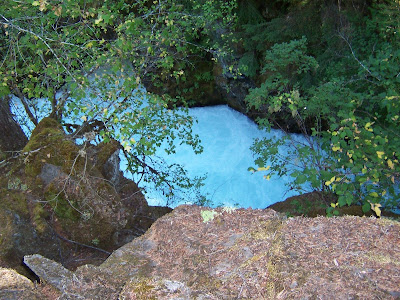 We walked along the river. It got narrow at this point and the water was really churned up. 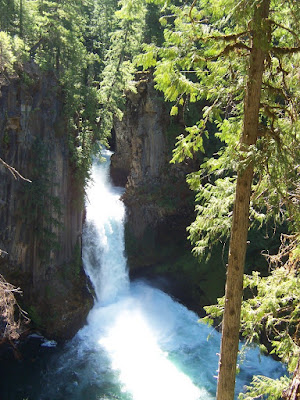 Toketee Falls was beautiful and much larger than it seems in this photo. If you enlarge the photo you can see the tree growing up the left side of the chasm. 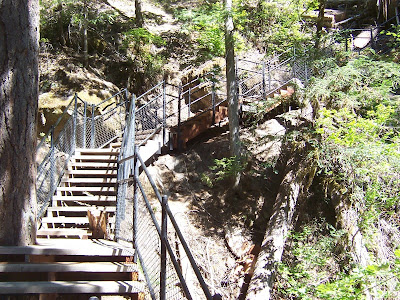 The trail was a combination of wooden steps and rocky trail. This last part descended to a platform hanging over the hilllside and built around some trees. 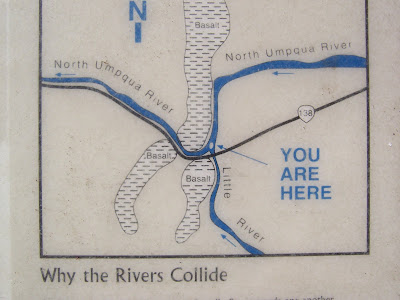 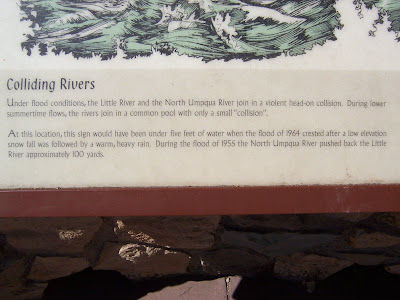 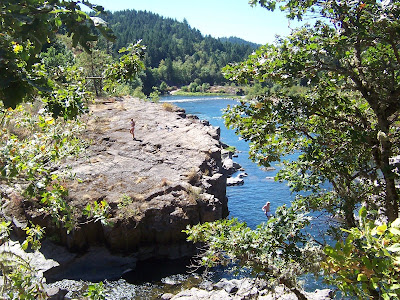 Kids were jumping off the rocks and into the river in several places. In this place, right after the right fork of the Umpqua River meets the Little River, the current isn't very strong. 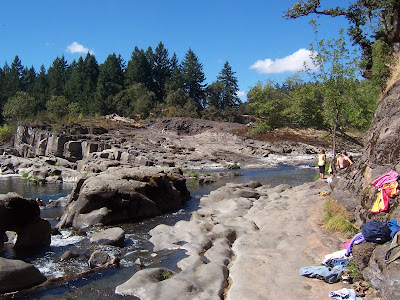 We walked down to the water then carefully walked through it to get to the basalt island. 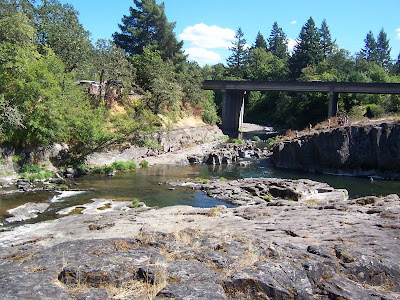 Looking back after we crossed the water you can see the Hwy 138 bridge. The viewpoint for Colliding Rivers is to the left. 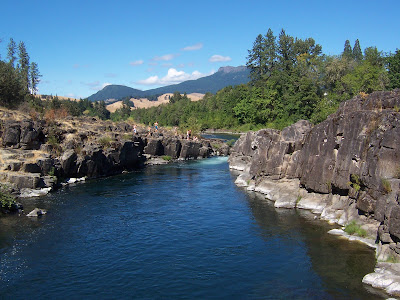 We walked to the other side of the island to see where the Umpqua River splits. The current is much stronger on this left fork but the kids were still jumping from the rocks on both sides.
Posted by Nolan and JoAnn at 12:06 PM