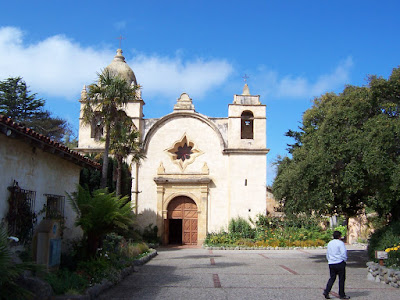 The Mission San Carlos Borromeo Del Rio Carmelo (Carmel Mission) was established by Father Junipero Serra at Monterey in 1770 and moved to Camel in 1771. Originally it was made of wood, enclosed by a palisade of poles. On the left of the photo you can see one side of the quadrangle of mission buildings. Within the courtyard formed by these buildings is a fountain. Father Serra died before the present building of stone was erected. From the brochure we were given as we entered the grounds - "The interior walls curve inward as they rise. The ceiling follows the sweep of the walls, forming a beautiful catenary arch. The tower is of Moorish design and holds nine bells, which are reached by an outside staircase. Originally the walls were covered by a lime plaster made from burnt seas shells, and the floor was covered with burnt tile. " Father Serra's body is buried beneath the church floor in front of the alter. "By the year 1823 the Indian population had dwindled to 381. In 1833 Padre Jose Real took charge of Carmel. In 1834 the Mission was secularized, that is, the church was changed in status to a conventional parish. The mission lands were absorbed by the Hispanic settlers, and the Indians were dispersed. Gradually the church and quadrangle fell into ruin. The United States took control of California in 1846. It was not until 1884 that Father Angel Casanova undertook the work of saving this historic landmark. A wooden roof was put on the mission which, although saving the structure, was not in keeping with the original architectual style of the Church." 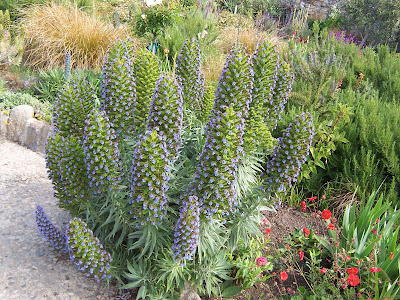 The gardens in the area before the church have many pretty flowers. We asked a docent what these were called and she couldn't tell us. Later in the day we saw them growing along the highway. 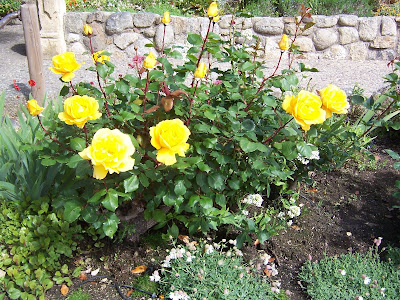 There were many beautiful roses. 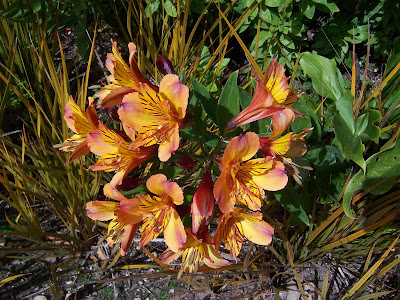 I'm assuming these were a type of lily. 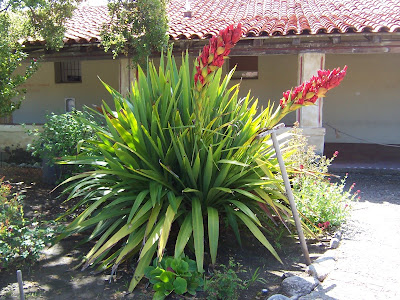 Another plant we didn't know the name of. 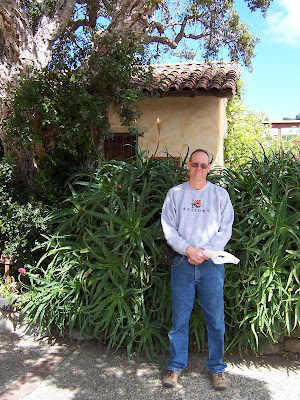 Nolan in front of what looks like a huge aloe vera bush. 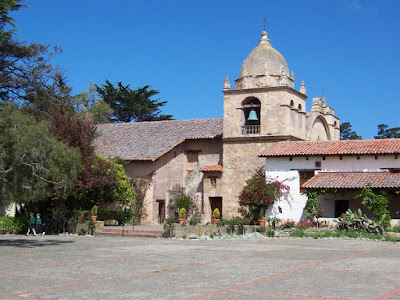 The bell tower from inside the quadrangle. 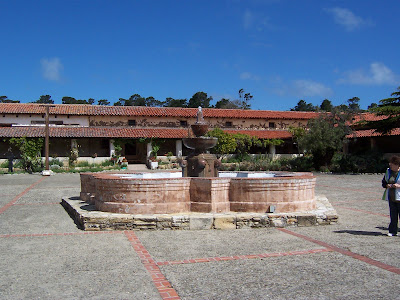 The fountain in the courtyard. 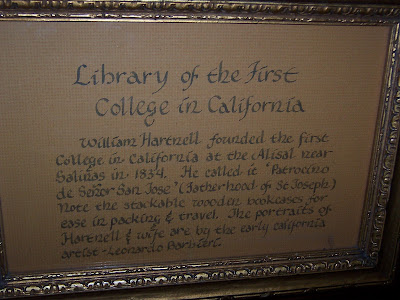 We didn't take any photos inside the church because there was another tour group in it. Some of the other buildings had historical information. 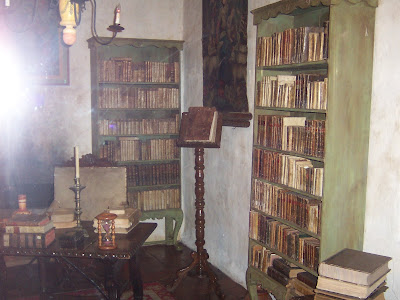 Now those are some old books. 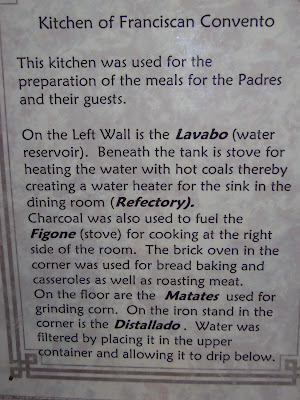 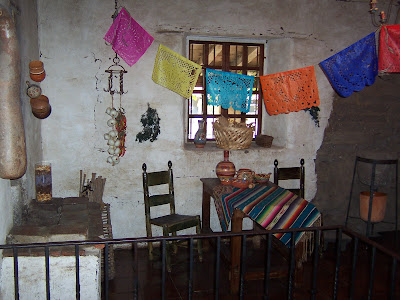 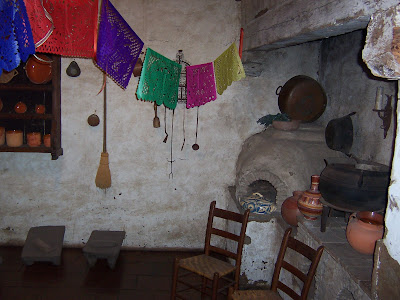