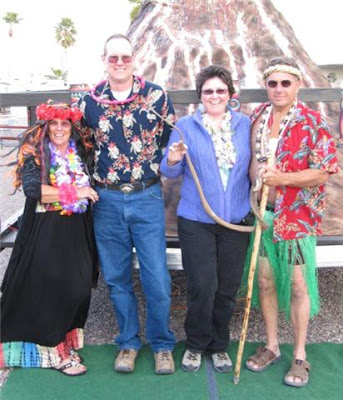 Sunscape RV Resort had a luau on March 10th. Here we are posing with the Goddess of Volcanos, Pele, and a "Hawaiian warrior". In real life, he's on the park Board of Directors. I was playing with his pet snake. Behind us is a "volcano" that belches smoke and rumbles. In the past the park has had a jail as a fundraiser and people had to pay a fine to stay out of it. Since we were going with an Hawaiian theme, we decided on a volcano. The volcano may be used, as a mountain, for the Veteran's Day and Christmas floats. 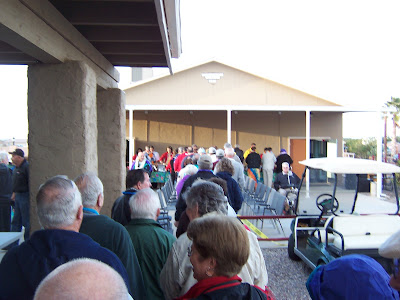 Three hundred and sixty-six people bought tickets for the luau but we only had seating for about 280 so people had to get their meal eaten and get out to their seats in front of the clubhouse for the Hawaiian dance show. We are lined up along the clubhouse and looking toward the community center where all the big events are held. 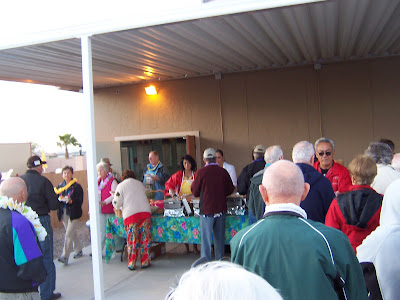 The caterers are experienced and the line went quickly. 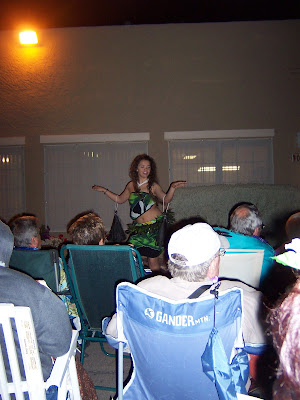 After the meal the caterers became the dancers and performed different Polynesian dances. They are all family members. This is the granddaughter of the main singer and cook. She sure could wiggle those hips. 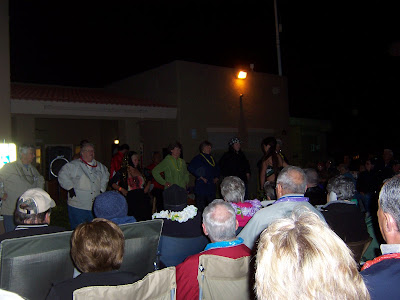 Then they asked for female volunteers to come up and learn some moves. It was entertaining. We wished we had more lighting in front of the dancers. 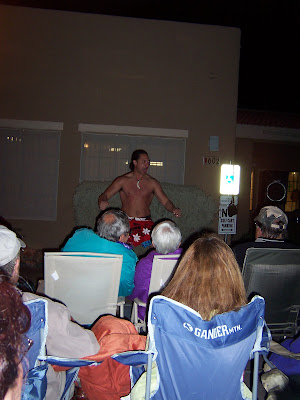 Then the grandsons came out and showed us some moves. 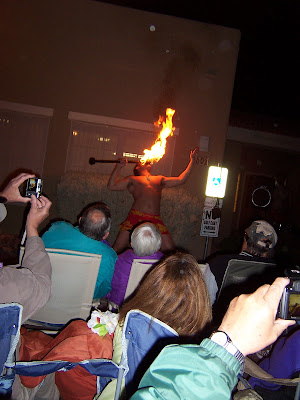 This one then did a fire dance. 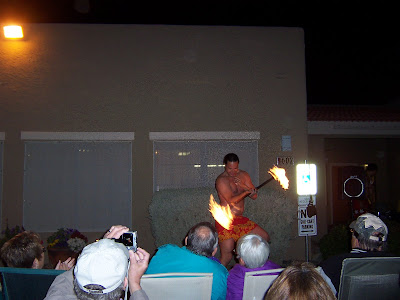 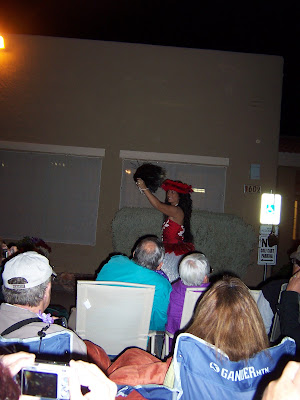 The girls came back out several times in different outfits to show us different dances. This one is the daughter of the singer/caterer and the mother of the other female dancers. 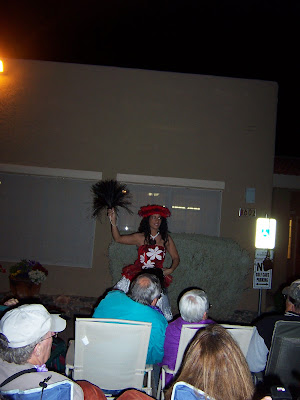 By the way, the temps in the 50's during the dance. 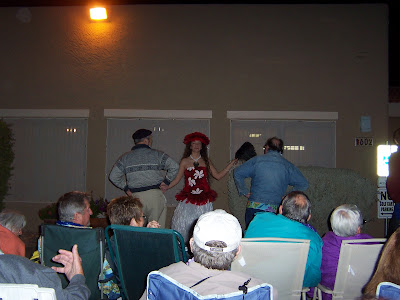 The funniest part was where they got some of the guys to come up and wiggle their hips. One guy, by the name of George W. Bush, lost his pants while he was swinging his hips. Yes, that's his real name. He's quite a card.
Posted by Nolan and JoAnn at 6:37 PM