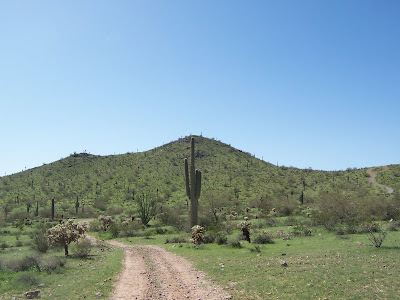 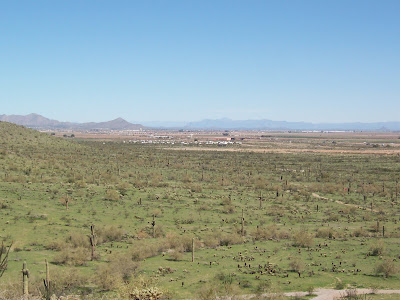 ....We hike one of the small hills. The one on the far right of the previous photo. From there we had a view to the north of Casa Grande. Well some of Casa Grande. If you enlarge this photo and have really sharp eyes, you can see our car out there in the green in both this photo and the next one. Hint: It's by a saguaro cactus! LOL Ok the other hint is that it is red. 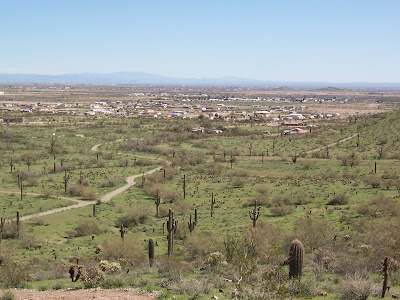 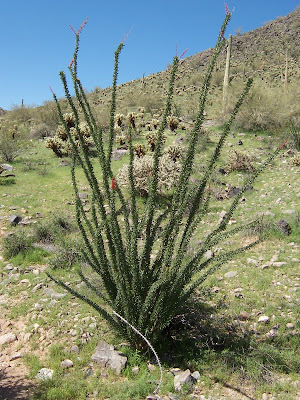 ..The ocotilla are green and starting to get red blooms at the end of each branch. 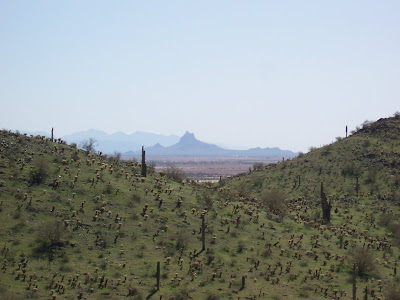 Picacho Peak with the other Picacho Mountains behind it. 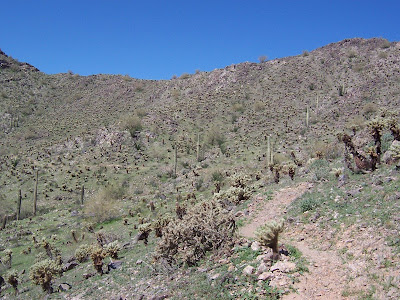 ...We followed a trail along the side of the mountain. It was easy to see since it was the only thing not green. 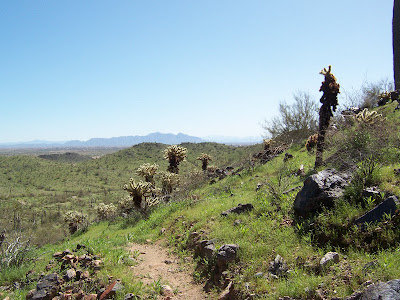 The funny looking bushes are Cholla (choya) cactus. Stay away from them because they propagate by sticking to anything that passes by. One stuck on the back of Nolan's shoe then was flicked up to the back of his pants right behind his knee. He felt it when I tried to knock it off of him. 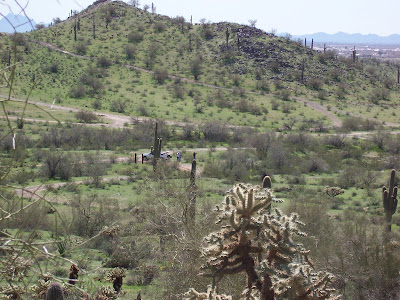 There is a shooting range on the other side of the mountains but we came across some guys shooting on this side so we turned around and headed back the way we came. 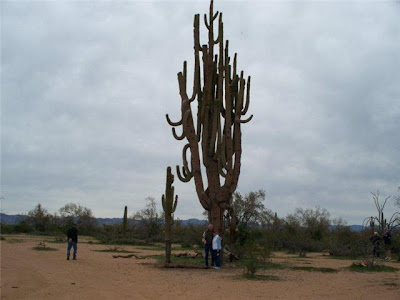 ....I'd like to say this is what we were trying to find but this 80, yes 80 arm saquaro is somewhere by Apache Junction. We just heard about it so I'm going to try to find out more and take a group there next winter.
Posted by Nolan and JoAnn at 7:25 PM