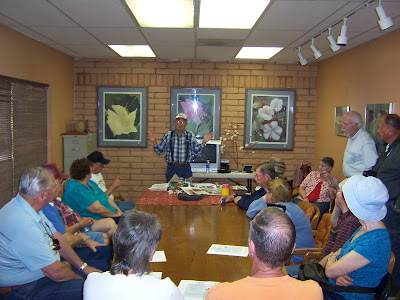 ...On January 7th we went to a cotton gin cooperative and this gentleman told us all about cotton ginning. Now I don't remember 1/100th of the things he said but I'll tell you some of it. He's been farming cotton all his life and still used the 2-head pickers he bought in the 1950's. He said most of the farmers use 4-head pickers now. 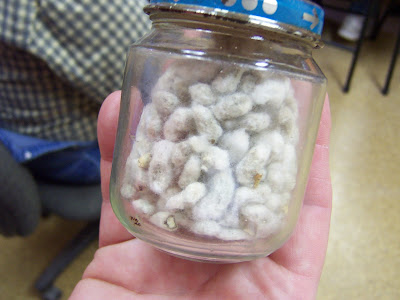 When the cotton is harvested out of the field, this is what the seeds look like. Fuzzy. And that's the way his dad used to plant them. 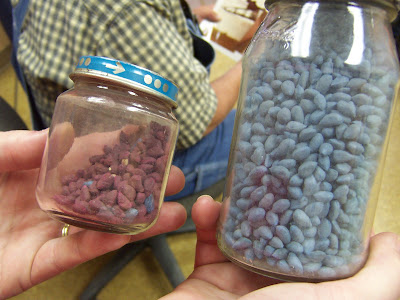 Nowadays the fuzz is removed and the seeds are treated with insecticides and herbicides before they are planted. There are many different varieties of cotton and most of the difference has to do with the length of the fibers produced. 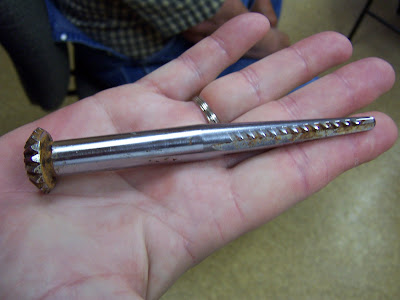 This is one of the spindles in the head of the picker. They are what really take the cotton off the plant. 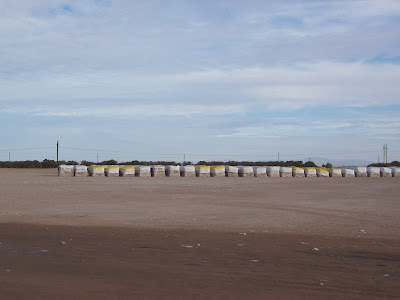 Now I've had photos of cotton and cotton picking on my blog before. I've always called these bales. Well they aren't bales, they are modules. Each weigh between 17,000 and 19,000 pounds and is covered with a tarp. 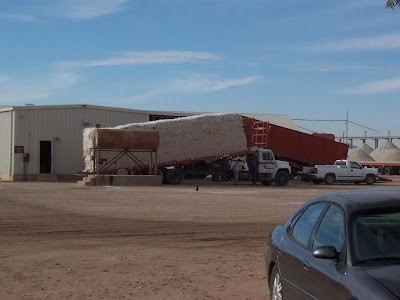 The modules are picked up by a covered truck and moved to the gin where they are put in rows like in the above photo. A truck like this then picks them up and takes them to the start of the ginning process. 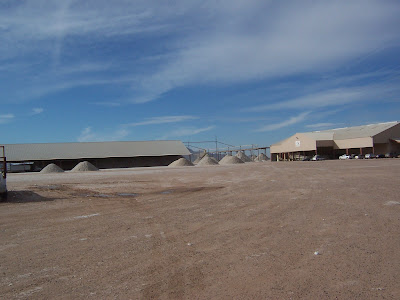 I think these piles are the second picking and they weren't compressed and put into modules. 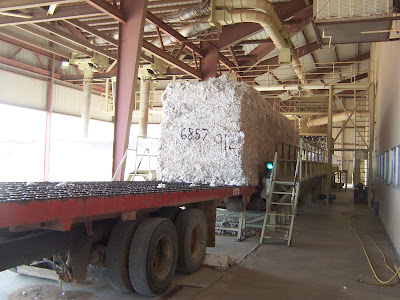 At the start of the process, the modules are put on a conveyor belt that feeds them into the gin. 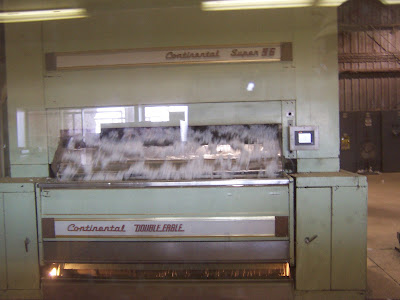 Inside the gin, the cotton is ran through four machines like this. I forget what they are called but they contain a bunch of saw blades. Well not saw blades like you are thinking. The kerfs on these aren't very deep but they grab the cotton and leave the seeds and other debris to fall to the bottom. You can see the cotton coming out in the middle and the seeds falling down below. 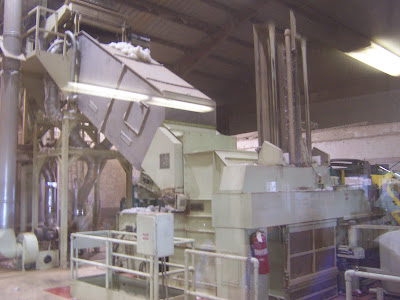 After running through the four machines, the cotton is sucked through a tube in the ceiling and put in this machine. It compacts them into 500 lb bales. 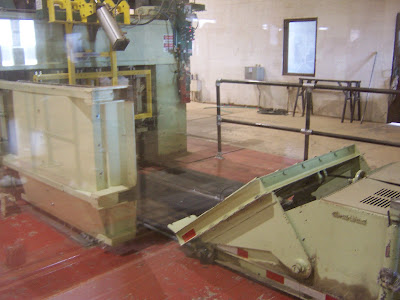 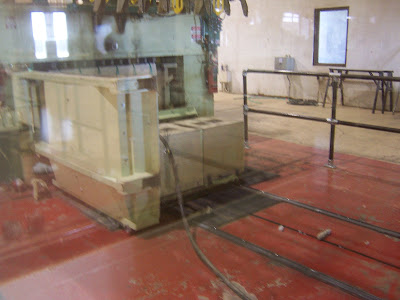 The photos are blurry because they were taken through plexiglass. 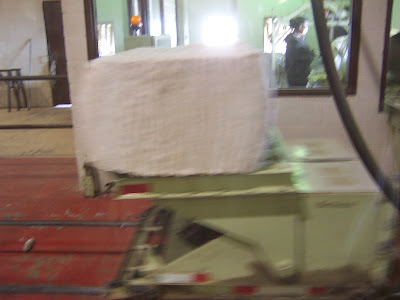 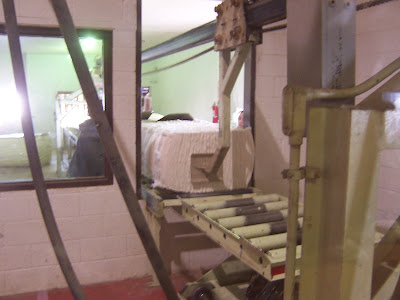 Once the truck has lined up with the hole in the wall, it dumps the bale onto a conveyor belt and a mechanical arm pushes the bale into the next room. 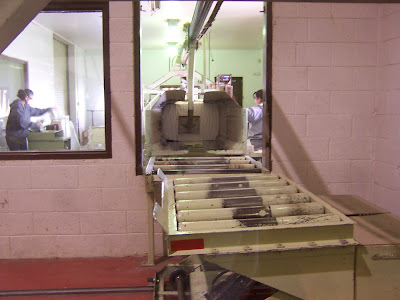 In the next room the bale is stuffed into a sack. 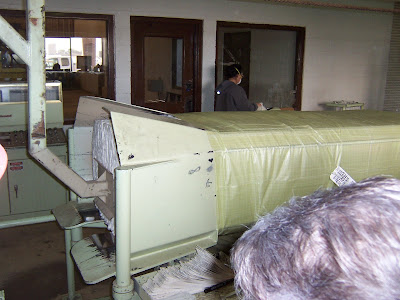 Another bale getting stuffed in a sack. 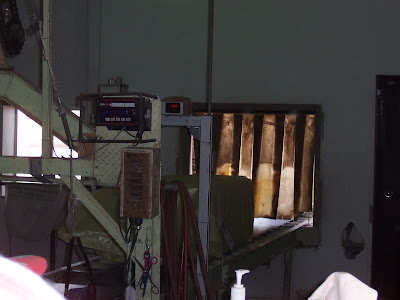 The covered bale continues down the conveyor where it passes over a scale to be weighed. Then it goes outside through the plastic curtain. 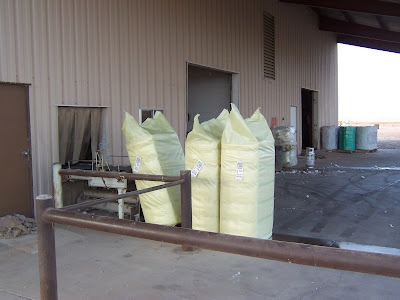 Once outside it is dumped into a line. 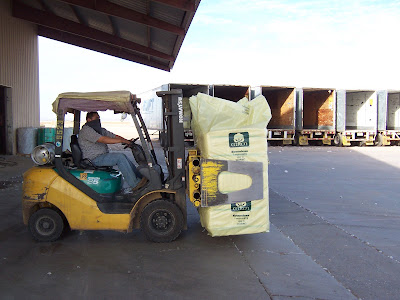 A man uses a forklift to haul off four bales at a time. 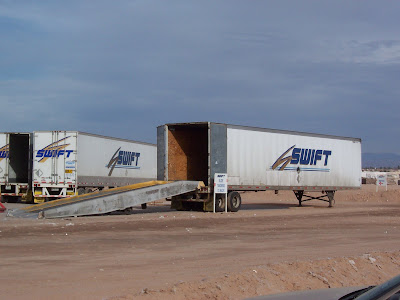 There were lots of Swift trailers in the yards. 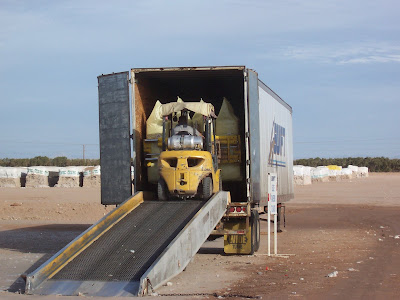 The load barely fits inside the trailer so that driver has to be experienced. See the modules still to be ginned in the background? 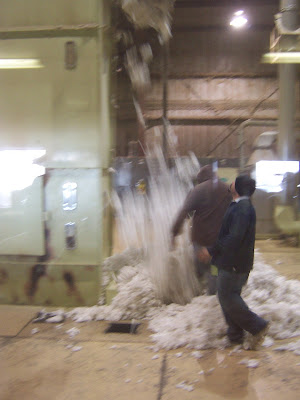 While we were watching, cotton started dumping from the top of the fourth machine that separated it from its seeds. They let the cotton collect on the floor for a while. 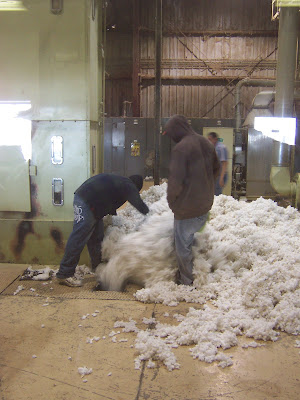 Then they pushed it through a hole in the floor, actually it was being sucked in. That cotton was ran back through all four machines.
Posted by Nolan and JoAnn at 7:41 PM