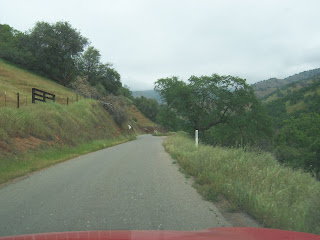 From Three Rivers, CA we went east on Hwy 198 then north on Dry Creek Road instead of getting to Kings Canyon by going through Sequoia. 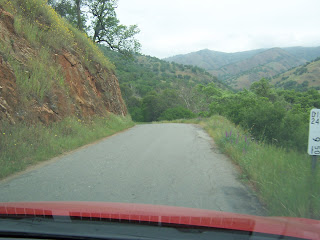 I don't know whether that was a good idea or not because the road was skinny and winding. We even met a motorhome on this road. 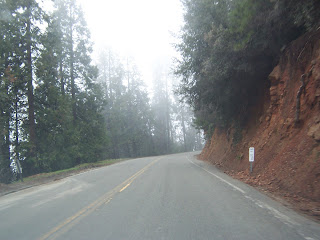 Before we ever got to Kings Canyon, the fog moved in and the temperature dropped into the 30's. 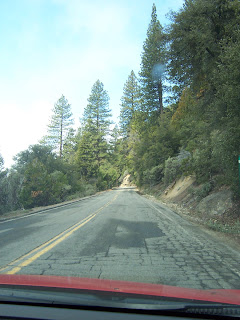 But then we'd have spots where the fog cleared. 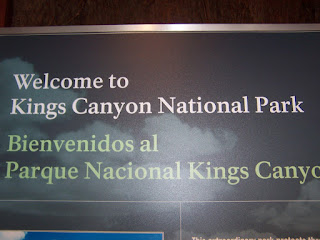 Like Sequoia, there are many roads in Kings Canyon that are closed at this time of the year. We didn't actually get into the canyon itself. I wanted to go to Panoramic Point but that was closed too. We went to the Visitor Center and saw replicas of some of the animals in the park. One little varmint we had already seen was the pika. A couple of them ran out in the road in front of us the day before. 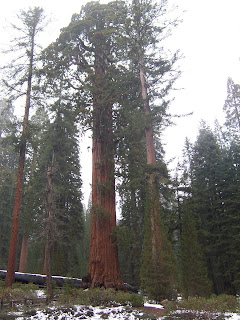 This is just one of the big trees we saw from the parking lot for the hike to the General Grant tree. It was slightly foggy, 32° with a light mist when we stopped. 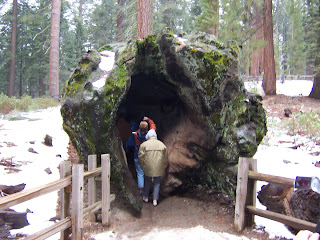 This is the fallen sequoia that you could walk through. 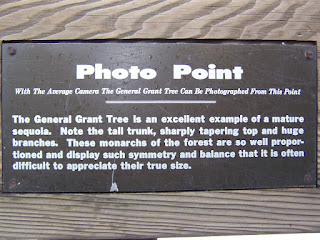 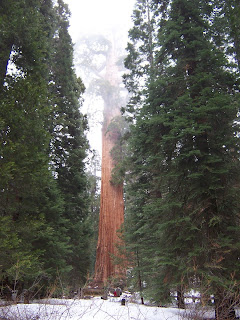 But we stopped to see the General Grant tree, the world's third largest living tree. Notice how the fog was moving in at this point. By the time we got back to the car, the fog had moved in close. 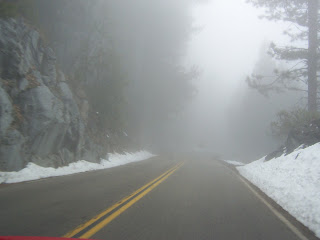 As we got back on the road, the fog make the roadway disappear then it would almost completely clear off. 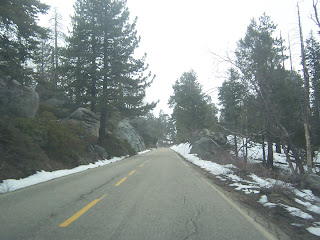 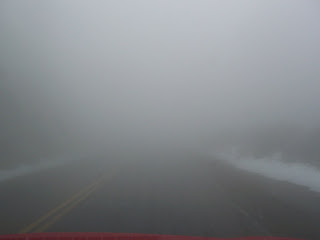 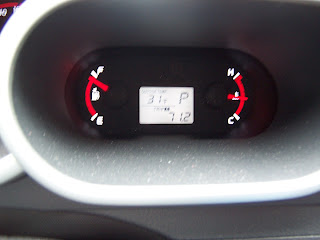 The car's temperature gauge showed 31° for quite a while. 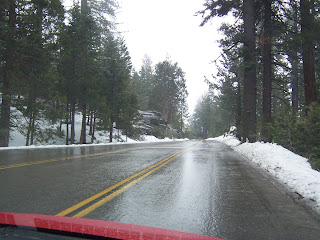 Then so much sleet fell that it was accumulating on the roadway. We drove real slow because there are some steep dropoffs along the road. It was too foggy to see any of the scenery from the lookouts. 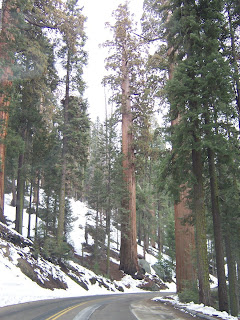 We went back to Three Rivers by driving through Sequoia. 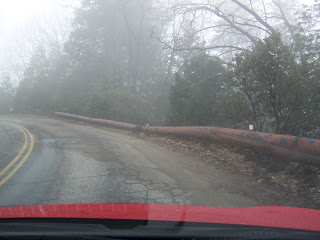 I had never see guard rail like this before. 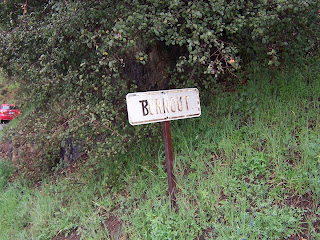 Someone had renamed one of the turnouts "Burnout". 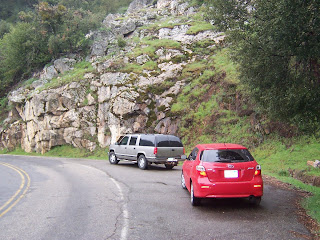 Just our car in the burnout. LOL 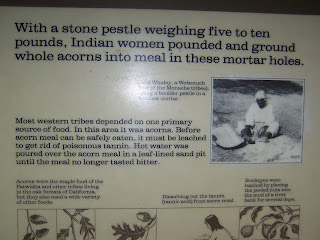 We stopped at the Hospital Rock Picnic Area where I saw this informational sign. Double click to enlarge for reading. 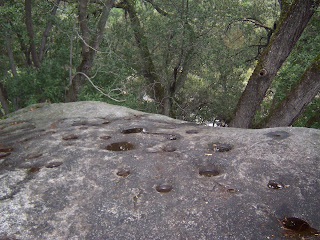 These are the mortar holes in the rock. 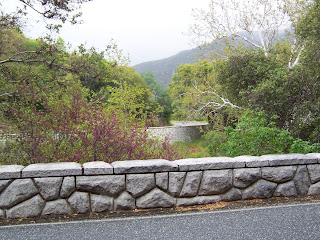 Just some of the rock walls along the roadway where it doubles back on itself.
Posted by Nolan and JoAnn at 9:52 PM