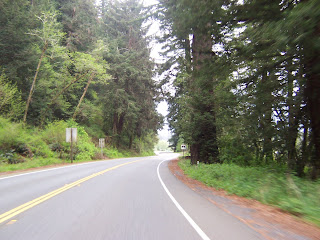 From Grants Pass, OR we headed down Hwy 199 to Crescent City, CA. We had been on this road with our motorcycles in 2001. It's very curvy in places. 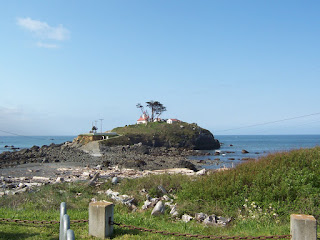 In Crescent City we went to the Battery Point Lighthouse. Due to the rise and fall of the tides, the lighthouse sits on an island twice a day. 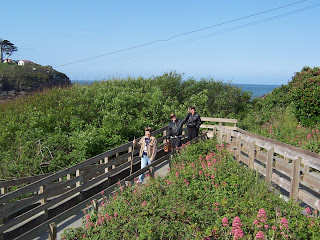 We have some friends volunteering at the lighthouse for a couple months so we met up with them for a tour. 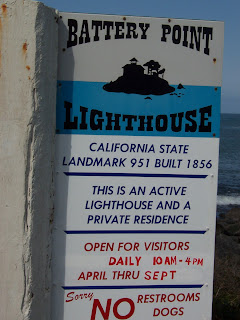 Also, no photographs inside the building. 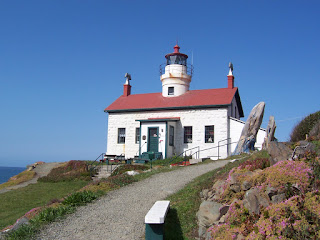 This is a Cape Cod style lighthouse. There are four rooms - two downstairs and two upstairs with the lighthouse tower in the middle.
The clouds were clearing out just as we got there but it was still a cool day. 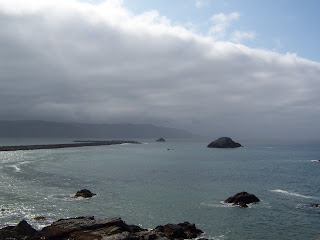 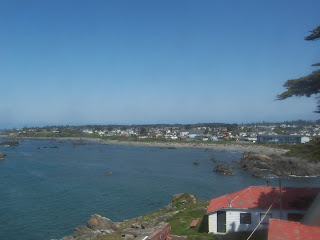 A view from the top of the lighthouse towards Crescent City. This lighthouse survived the tsunami that was the result of the 1964 earthquate in Alaska. Most of Crescent City was wiped out. 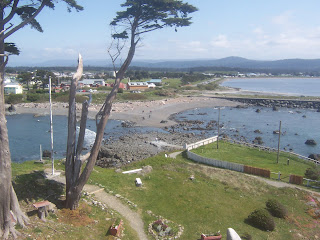 See how the tide is coming in and closing off the lighthouse? Well good thing that this was taken at the end of the tour because we didn't have much time to get back across! 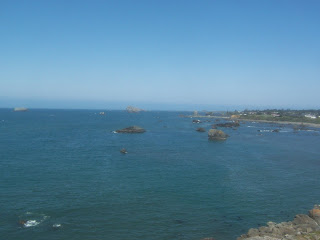 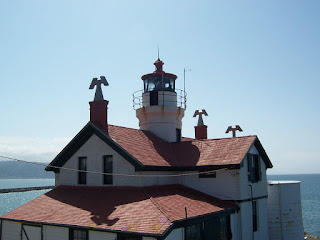 From the back side you can see where the kitchen and upstairs bathroom were added to the back of the building. 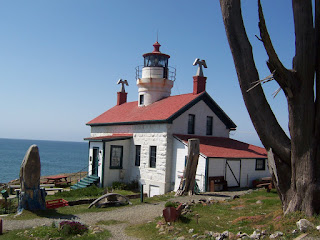 On the left you can see where one of the tree that died was carved into a statue. You can't tell from this direction, but it looks like a whate breaking the surface of the water. 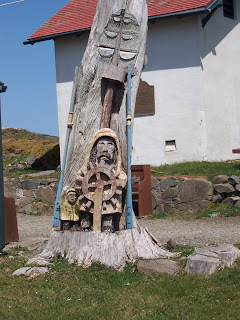 This is one of the other carvings. 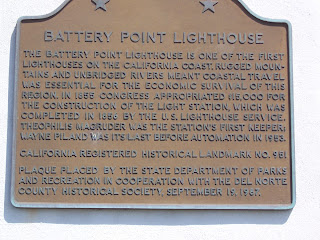 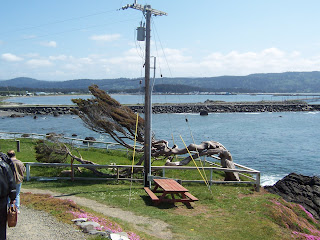 Can you tell the wind blows alot here? 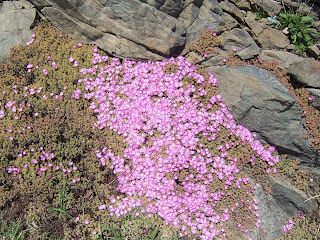 The path was lined with short flowering plants that created a carpet of flowers. Whew!! We made it back to the mainland just as the tide was closing off the gap. We all tried to jump the 8' span of submerged land but we all got wet feet.
Posted by Nolan and JoAnn at 3:23 PM