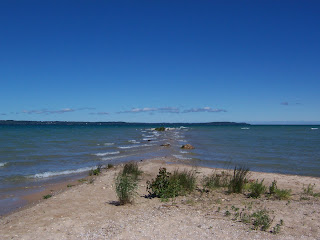 We took a trip up Hwy 31 along the coast and stopped at beaches along the way. The first stop was Elk Rapids Park. This jut of land??? had waves coming at it from two directions. 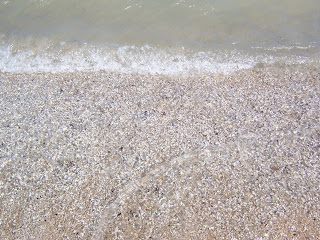 These are small shells that were being washed in and out with every wave. 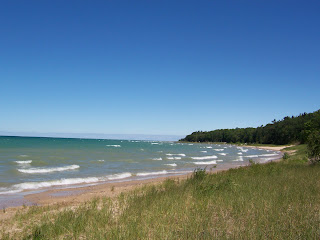 The next stop was Barnes Park by Eastport. I was stopping at a lot of lakeside parks to look for Petosky stones. 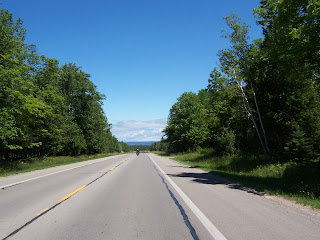 Just a scenery shot between Charlevoix and Petosky. 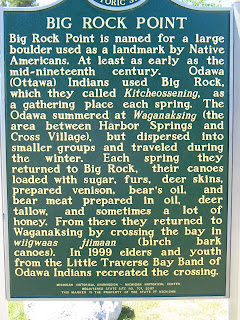 We stopped at a roadside park and read these two signs. 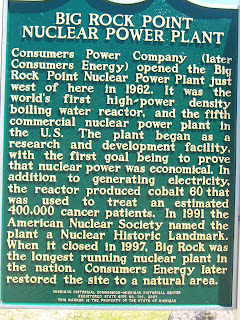 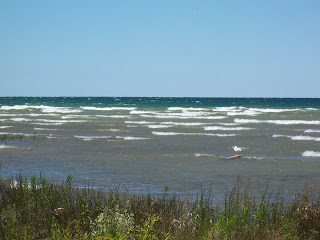 Nolan took some photos of the shore line while I looked at rocks. Notice the sea gull on the rock. 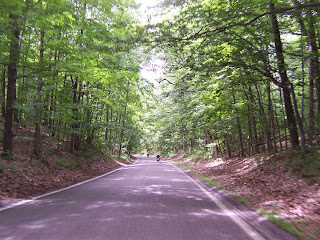 North of Petosky we headed north on M-119. After Harbor Springs this turns into a scenic road called "Tunnel of Trees". It's only about 1 1/2 lanes wide. 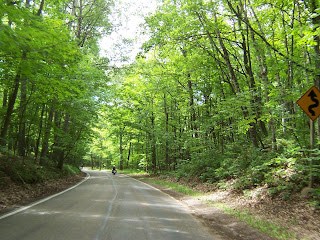 Scenery along the Tunnel of Trees. Lots of nice curves. 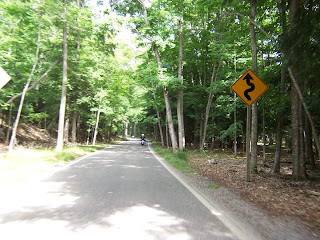 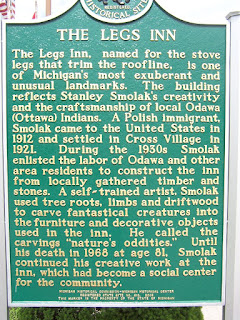 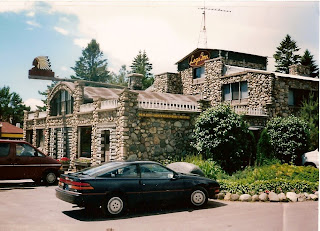 At the end of the road is Cross Village where we saw the Legs Inn.
This photo is from 1996 when we passed by here on our trip around Lake Superior. 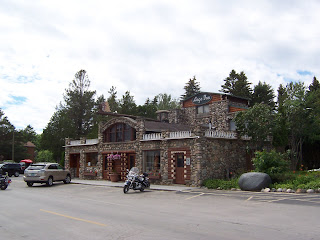 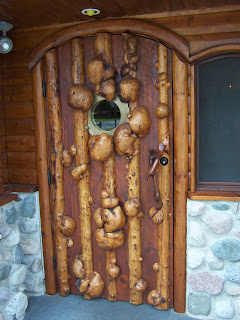 We didn't notice this fancy door in 1996 and the interior has been redone. Gone are the fake driver licenses tacked to the wall. Now it's all varnished and pretty. Quite a change! 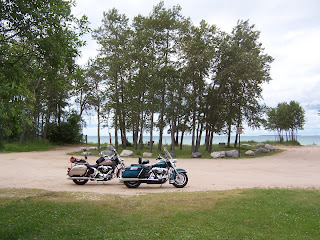 Most people that stop in Cross Village don't know about the lakeside park. We wandered down so I could look for Petosky Stones. 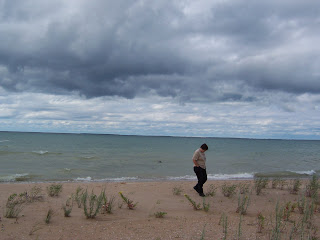 I looked and looked but I don't think I found any. Course it would help if I knew what I was looking for.... 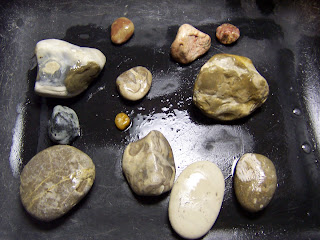 These are the rocks I brought home. I think I will try to polish a few and see if they start looking nice. 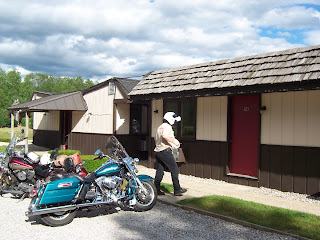 We ended the night at an old motel south of Boyne Falls. At $43/night, it was cheap. 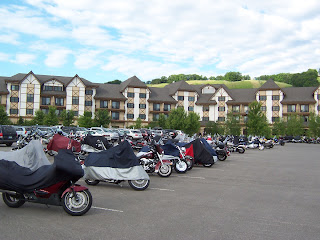 The Ride-In was held at Boyne Mountain Resort. Much nicer accommodations but over $120/night.
Posted by Nolan and JoAnn at 6:37 PM