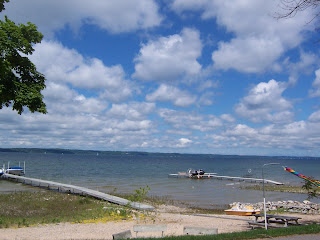 North of Traverse City, MI is a narrow peninsula. We took Peninsula Drive up the west side of the peninsula. Look at the long piers out to the boat docks. 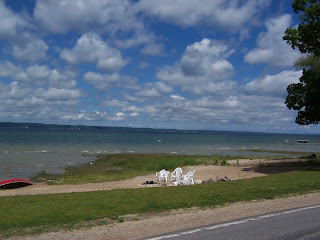 There were lots of sail boats out on the West Arm of Grand Traverse Bay. Homes were on the right of the road and the "beach" was on the left. 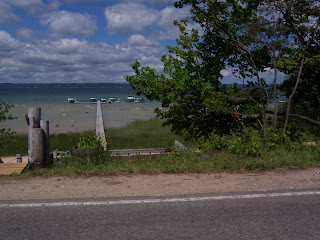 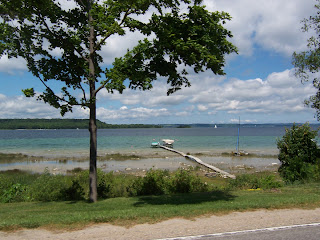 Look at the bump in the middle of this pier. 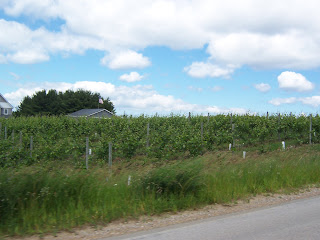 The drive took a turn to the middle of the peninsula where we saw lots of cherry trees and vineyards. 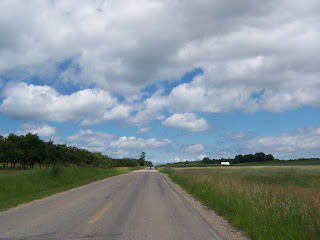 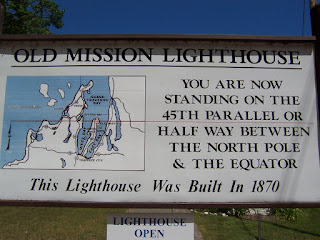 At the end of Hwy 37 is Lighthouse Park with the Old Mission Lighthouse. 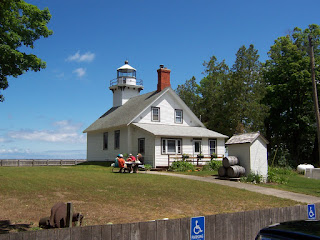 We didn't take the tour of the inside of the lighthouse but we could see it no longer had a light. 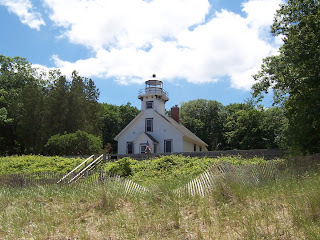 We went out on the beach, yes an actual sand beach, and took this photo of the lighthouse. 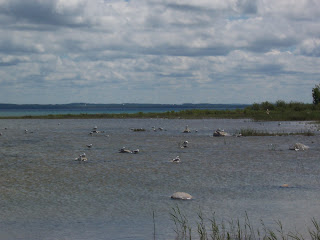 Gulls were resting on the rocks in the bay. 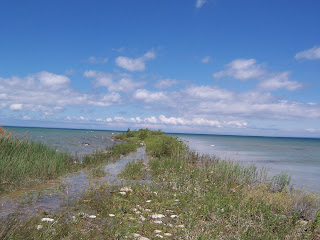 We followed this narrow jut of land out as far as we could. Ended up jumping from rock to rock. 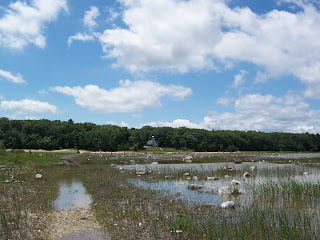 Looking back towards land and the lighthouse. 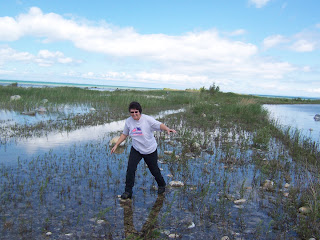 On the way back, water seems to have covered the path in places. Lake Michigan really doesn't have tides but the water does rise as it follows the moon. 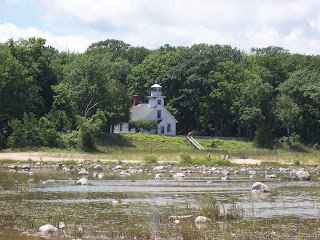 A view of the lighhouse from out on the spit. 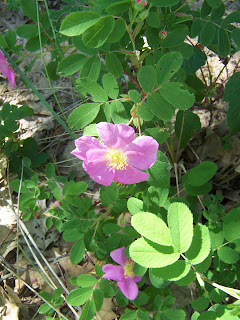 Once we trudged across the beach and started into the woods, we saw these pretty little flowers. I think they are wild roses. 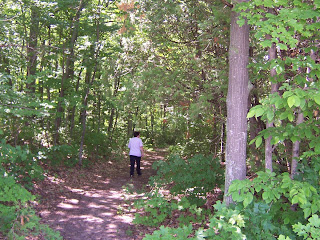 We walked some of the trails around the park. 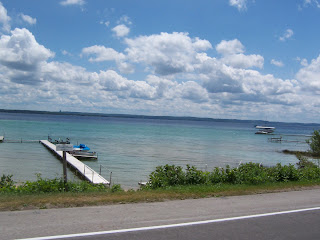 On the way back south, we followed Hwy 37 and it took us close to the East Arm of Grand Traverse Bay.