Garden of the Gods 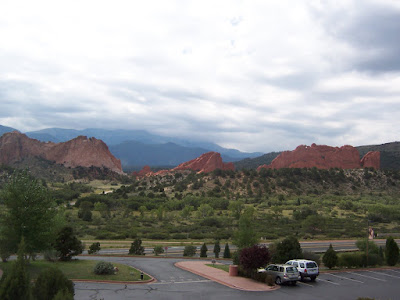 Garden of the Gods. These formations are actually old sedimentary beds that were deposited horizontally but were tilted vertically by the movement of tectonic plates. 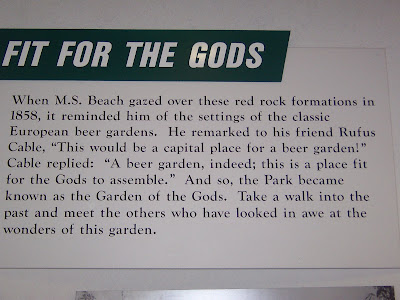 Our first stop was at the Visitor's Center. 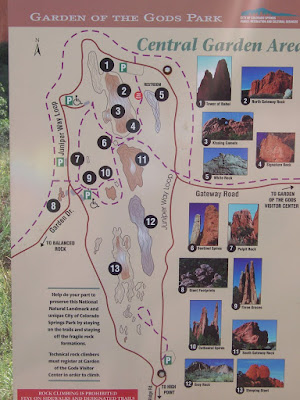 Map of the park. 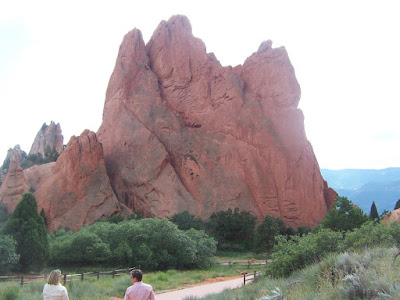 We decided to walk the Central Garden Trail. It is a paved trail through the middle of the formations. This is South Gateway Rock. 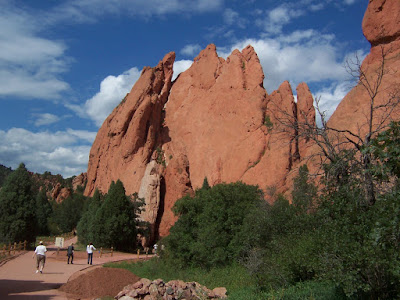 We walked between South Gateway Rock and the Sentinel Spires. Two guys were climbing the lighter-shaded Sentinel Spire and another guy was climbing Signature Rock behind them. You might see them if you double-click this photo. 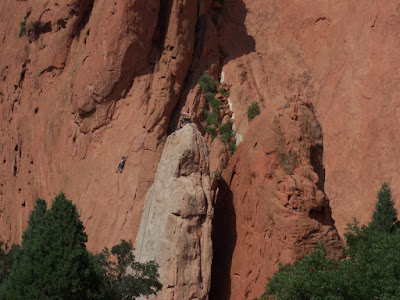 Zoomed in on the guy climbing Signature Rock and you can just make out the guy on the top of the lighter spire. 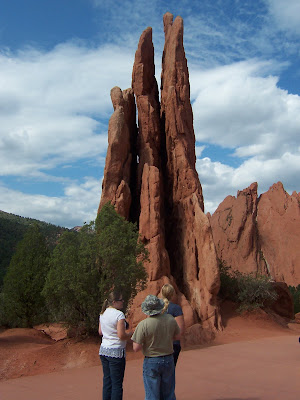 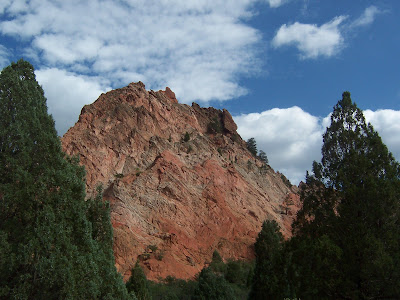 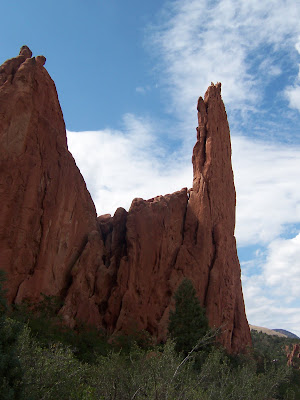 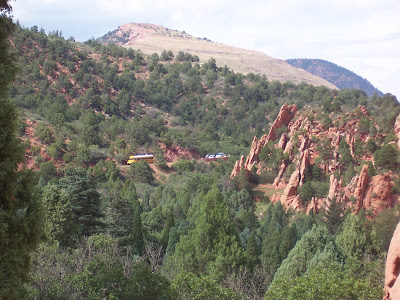 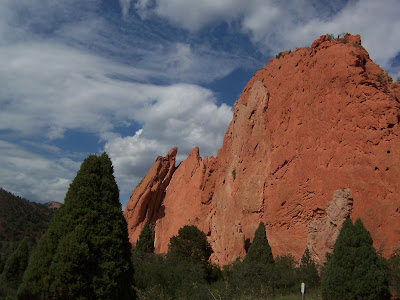 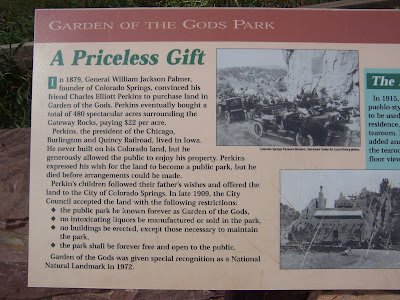 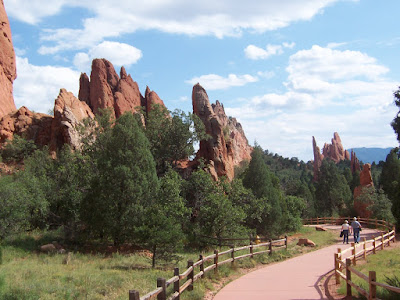 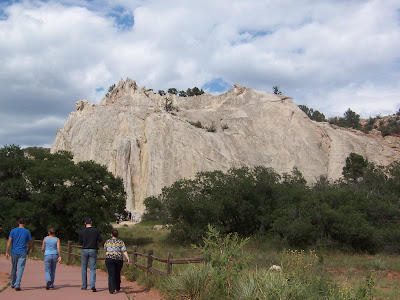 Lots of people had engraved their names into the base of White Rock. 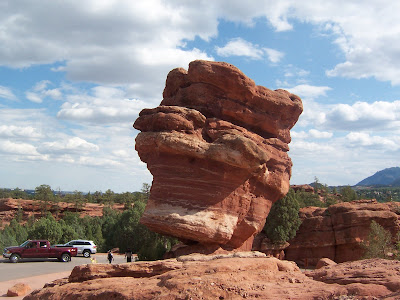 Balanced Rock. This park would have been more interesting if we hadn't been to see Bryce Canyon National Park.
Posted by Nolan and JoAnn at 7:13 PM