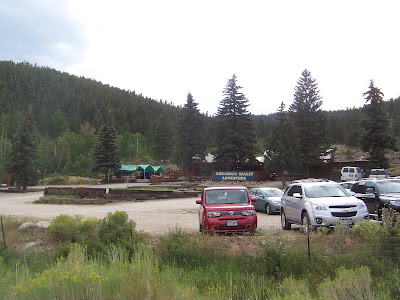 We wanted to do one of the intermediate rafting trips this summer. When we first got here, the water was too high and the trips weren't running. Usually by the middle of August the water is too low to run the river but, due to the large amount of snow that fell last winter, the trips are still being run. We went with Arkansas Valley Adventures because they were the closest outfitter to the rapids we wanted to run. 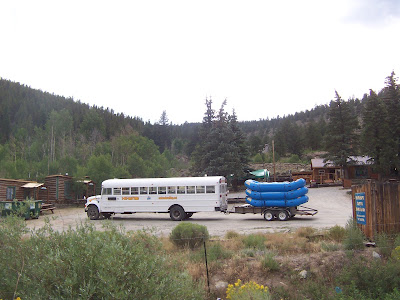 We went on one of their large buses to the launch site. The roads to the launch and take out sites were mostly one-laned, wash-boarded gravel roads. These buses barely fit. 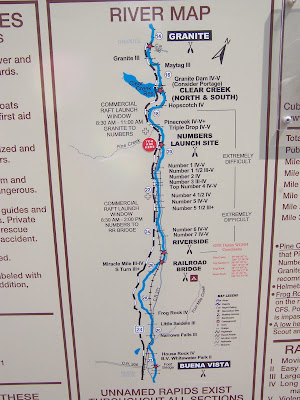 We got into the river at the Numbers Launch Site and got out at Railroad Bridge. 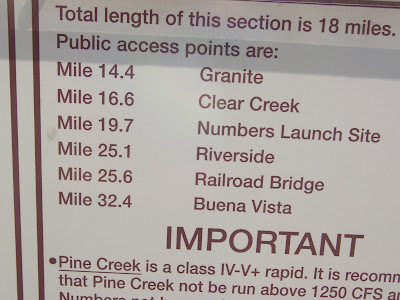 This sign indicates that we went just over 6 miles. 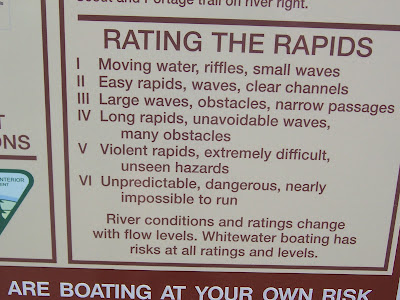 The Numbers run is mostly class III to V. Due to the low water, it was much rockier than it would have been earlier in the season. 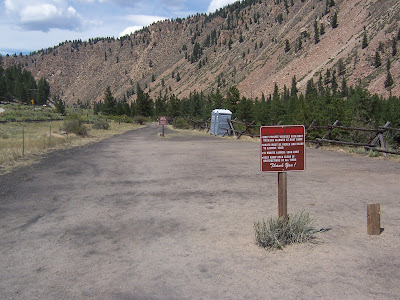 At the launch site, the boats were placed just behind this first sign and we were told how to behave on the river and assigned rafts. Then we carried our raft to the launch site that is at the end of this road. I was exhausted by the time we got to the river. 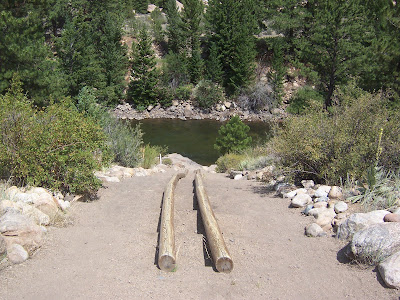 We put the raft on these logs which helped us slide the rafts down to the river. 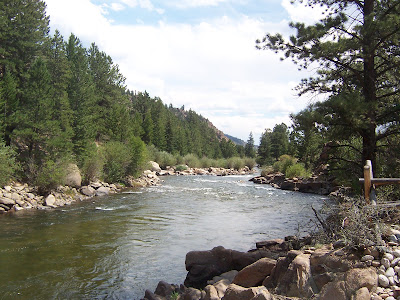 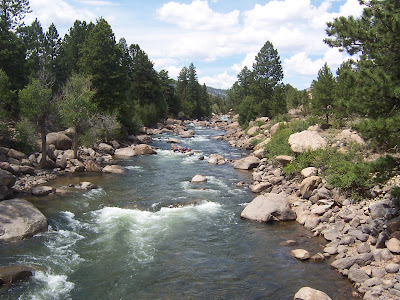 This photo shows how rocky the river is. 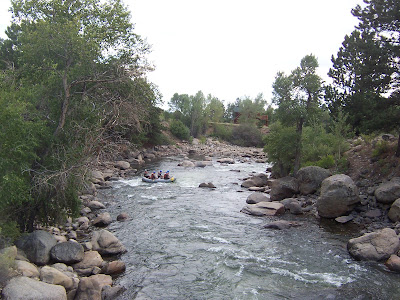 We took this photo from a bridge over the river. Another raft is navigating the rocks. 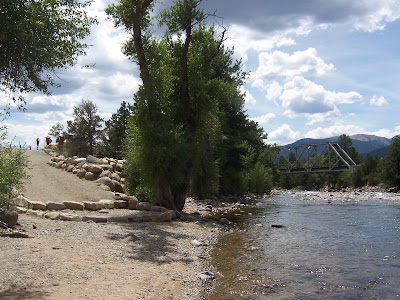 The Railroad Bridge take-out where we pulled the rafts out of the water and carried them up the hill.

Indeed, that river is full of rocks. But for any serious white water rafter, that's just part of the thrill. But it is not for the faint of heart. Only the skilled will be able to navigate these waters safely.