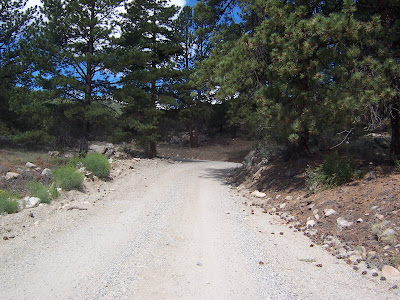 A 10-mile car drive took us up into the San Isabel National Forest to the Cottonwood Creek Trailhead. Five of the miles was on 1 to 1 1/2 lane gravel road. Lots of washboard and potholes. It's a good thing we only met one vehicle and that was at a place where we could pull over. 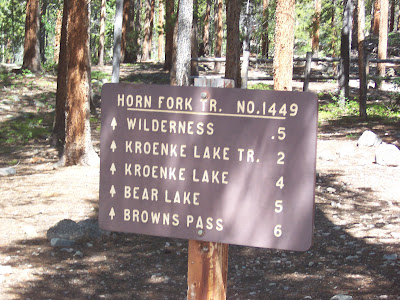 This sign was at the trailhead. Our plan was to attempt to get to Kroenke Lake but we were really unsure if we could do that length of hike at this elevation. The starting elevation was 9900' and the elevation gain for the full hike was 1600'. The reason we attempted this trail was because the guide said the difficulty was easy to moderate. 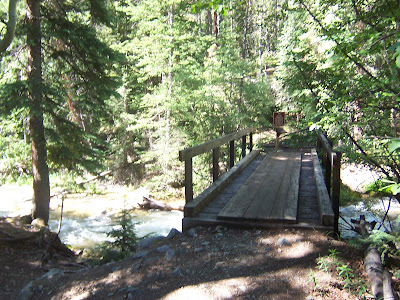 The first half of the trail had only a moderate elevation gain, was mostly level and ran alongside the creek for half it's distance. There were two bridges across the creek. Lots of water moving under them. 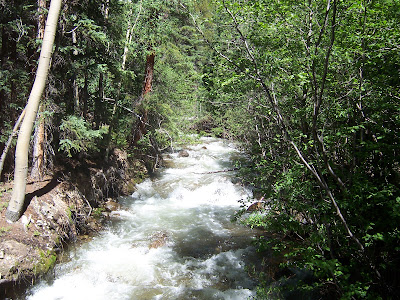 A look at the creek. Just a little white water. 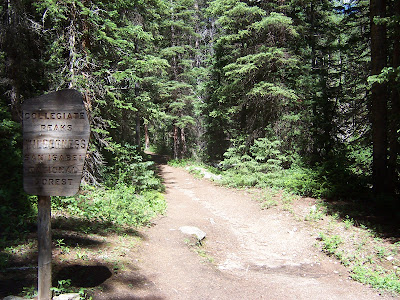 After 1/2 mile we got to the Collegiate Peaks Wilderness Area. 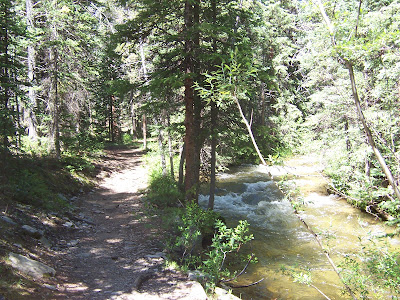 The creek running alongside the trail. 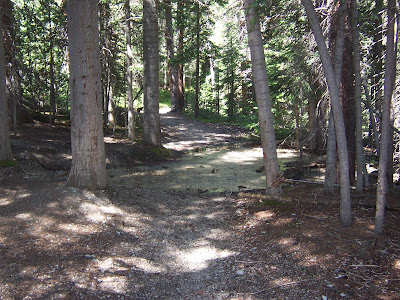 One side stream made the trail impassable. We had to go to the left and jump it where it was only 2' wide. 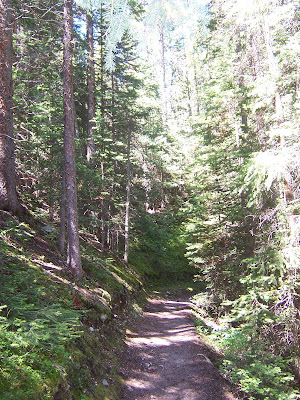 Just a view of the trail. 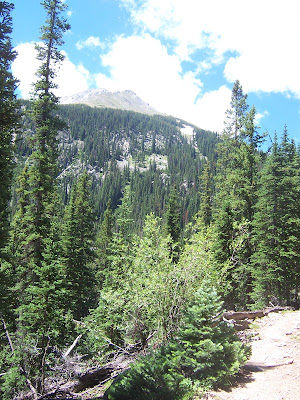 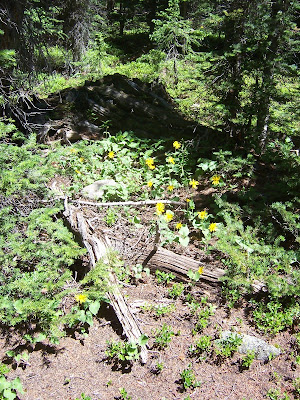 Of course we had to stop and do some flower sniffin' 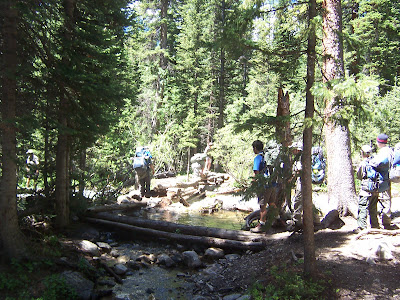 We caught up with a group of boys crossing a side stream. The first part of the crossing was an "L" shape. One boy is at the start and the other is at the end. After crossing this, there is another crossing where a group of girls was coming toward us. They were taking too long so we found another way around. 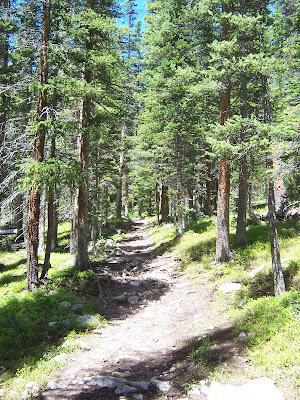 Just another view of the trail. 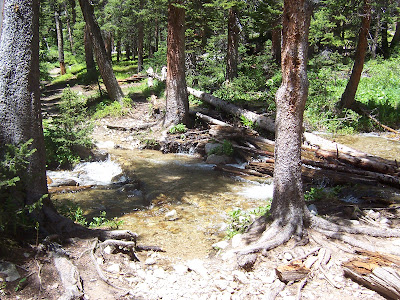 Oh, another stream crossing. This time we went to the right and crossed on the logs. 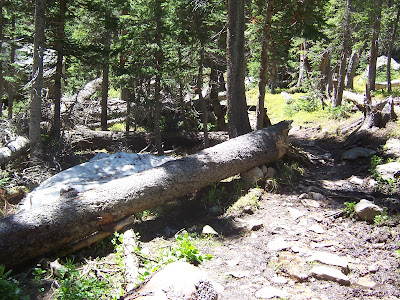 Eventually we we got to the point where the snow was still sticking around. 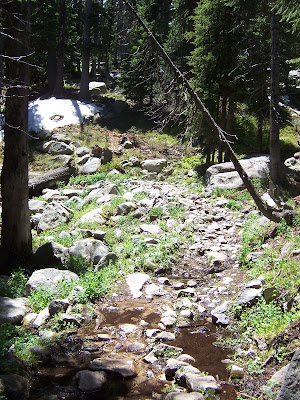 Then the trail became a combined stream/trail. Actually this happened a lot but at this point we could step from rock to rock. 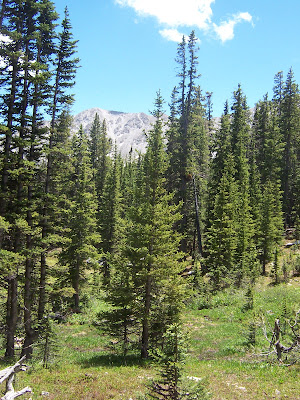 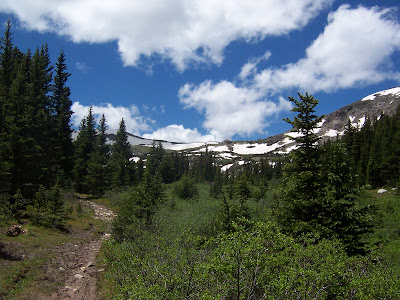 Oh I forgot to tell you that we decided we just had to get to the lake. This is the point where we are just coming in to the bowl where the lake sits. There were many times we thought about turning around but we just had to finish it since we were so close. 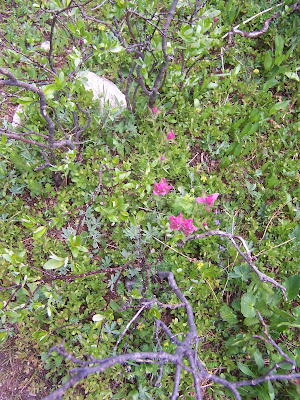 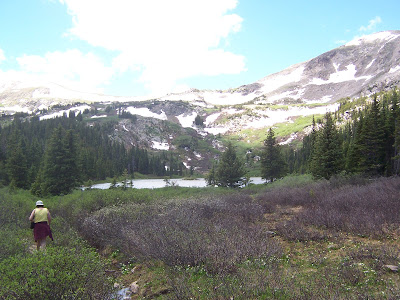 Our first view of the lake.

The trail was kinda overgrown with small shrubs. We were exhausted and tired of climbing at this point. 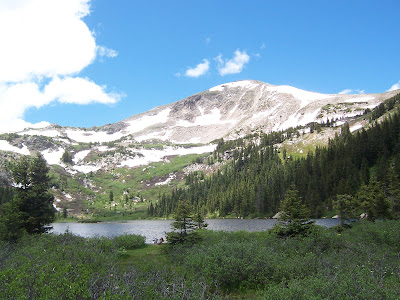 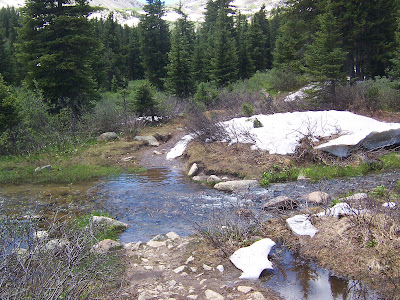 The overflow off the lake was our last obstacle on the way to the lake. Yes that's a snow drift on the other side. 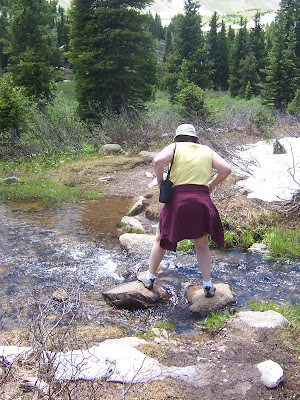 I had to think about that last step. On the way back I had to skip the middle stome because it wasn't flat. That took a lot of thinking before I made the leap. I didn't know how the group of shorter boys coming up the trail was going to get back across this. They were headed up to spend the night at the lake. 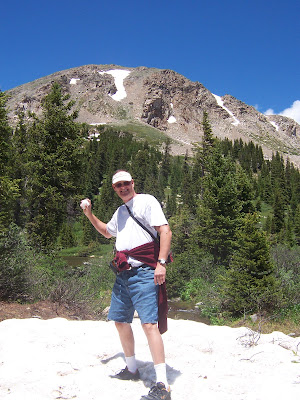 Nolan just had to play King of the Snow Pile once we got across the overflow. 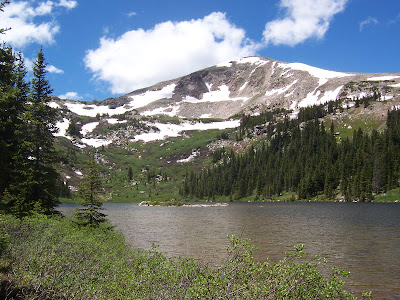 The lake was beautiful. 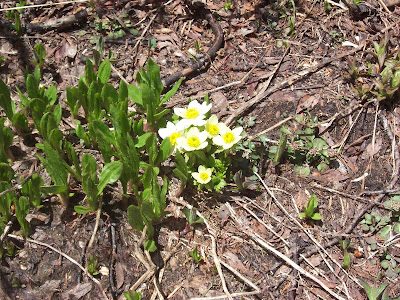 Once we got back across the overflow, we noticed all the flowers. They were just everywhere. 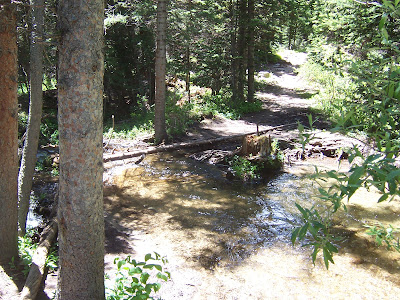 On the way back down we got this photo of the other side of that mega stream crossing where the groups were crossing. We didn't cross the logs to the left, we went to the right. 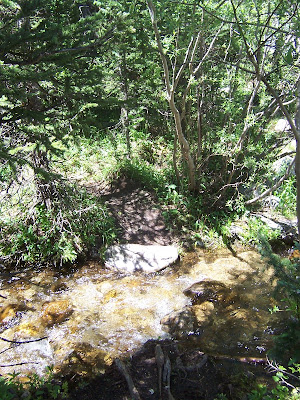 This is where we crossed. I had to hold onto a branch to help steady me for the jump. 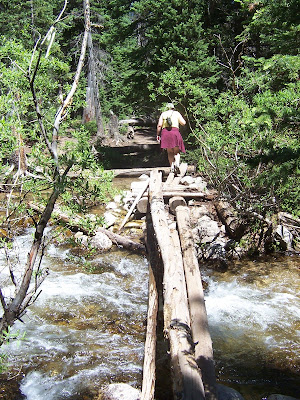 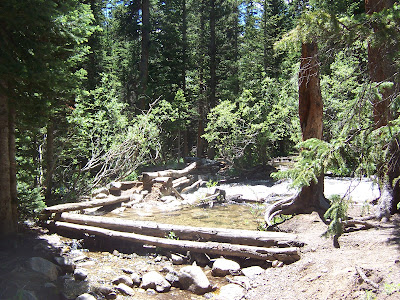 Those improvised bridge made of logs is really refreshing to look at.