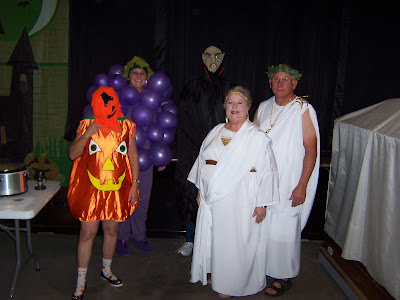 We had a Halloween party at the park but had poor attendance due to so many other things happening. Anyway here's some of the spooks out that night. 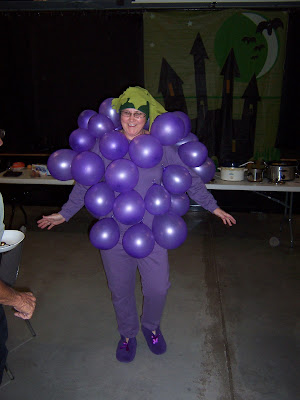 I planned to be a full bunch of grapes instead of a half of a bunch but this is all the coverage I got with 38 balloons. There were enough balloons there to make it hard to sit or do much of anything. 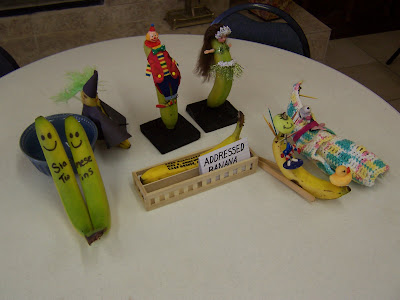 We put an entry into a Relay for Life fundraiser called "Dress your Banana Split". Creative people, huh? Do you understand the Addressed Banana? Addressed - a dressed. LOL We just thought we would take some bananas for kicks and all we used was a marker for our "costume". Yeap, the Siamese Twins were our contribution. Maybe next year we'll have triples.
Posted by Nolan and JoAnn at 6:37 PM