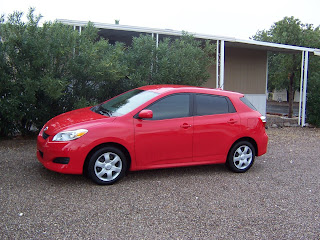 On December 26th we went to Tempe and bought a new car. We had been up to the dealership on the 20th to drive it but it had a couple scratches that needed fixed and it needed window tinting so we didn't buy it that day. 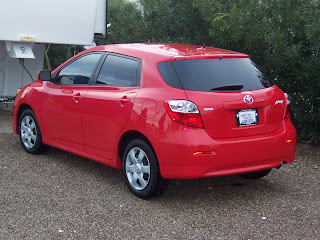 It's a 2009 Toyota Matrix. Our first car purchase since 1997. I've been telling people it's my Christmas present. 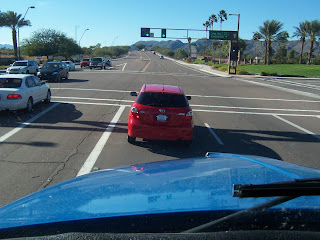 We took the truck up and I drove the car back. It's just a bug speck in comparison to the truck! 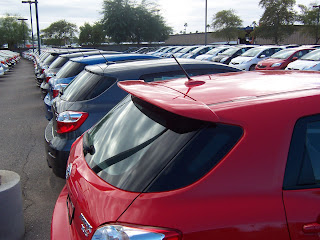 I want to get a hatch-mounted roof end spoiler like this one that is on one of the XRS models. Ours is a base model. But Toyota doesn't offer them yet.