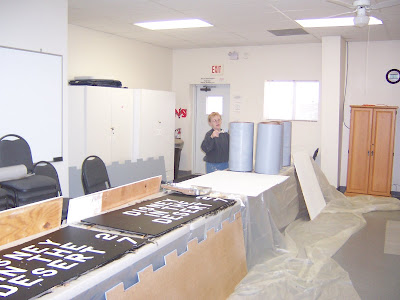 Oh the things I get I get myself into. No one was volunteering to coordinate the building of the Christmas Lights parade float so I took it on. Course I had lots of help. The theme was Disney in the Desert so I decided we would build Cinderella's castle. So first we started painting the many pieces. 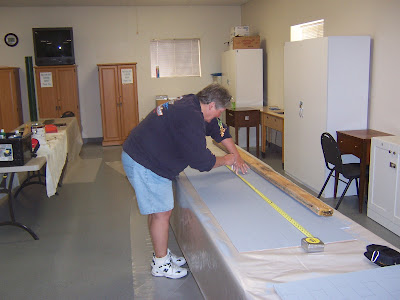 The brick castle walls required that we draw the lines first.... 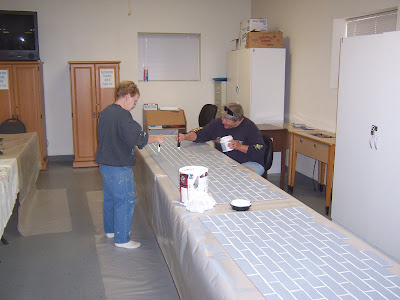 then we started painting. 28' of wall is a lot of bricks. 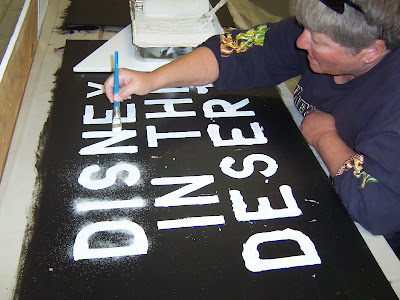 Of course we had to have a sign on each side with the theme on it. 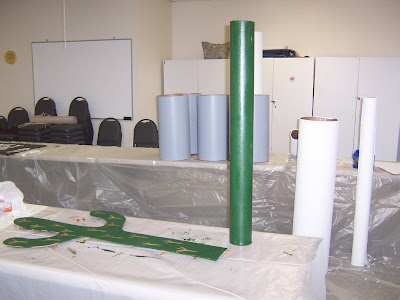 Turrets and a saguaro. 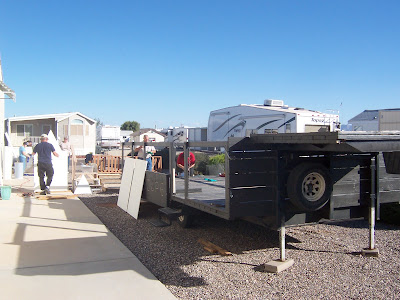 Outside erection begins. The float bed is a 30' fifth-wheel camper frame someone donated to the park. It has signs permanently mounted on the sides with Sunscape written in rope lights. 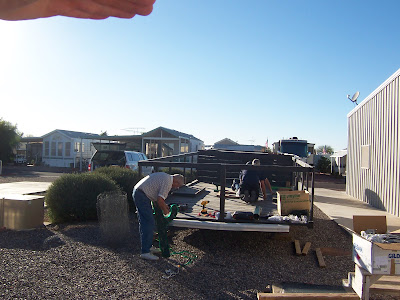 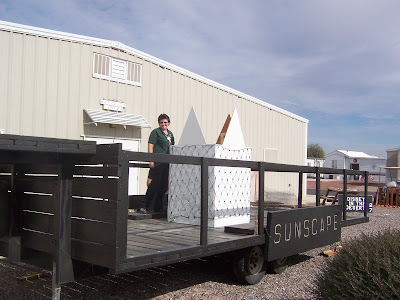 The castle starts going up. 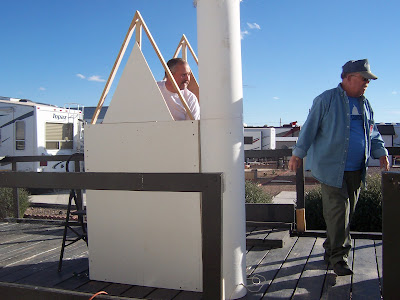 This gave us an idea to have a Jack-in-the-Box on the float next season. 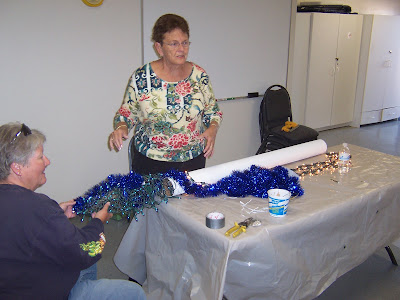 The tops of the turrets going on. 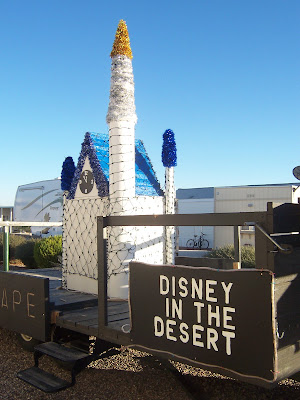 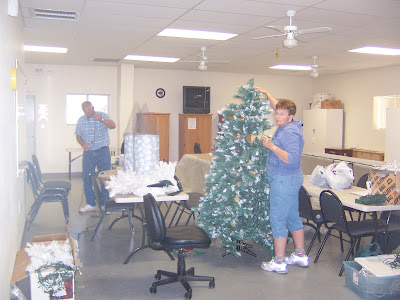 Getting the castle guard walls and the tree ready. 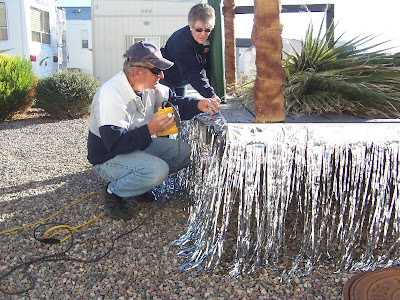 Getting the fringe put on. The bottoms of the palm trees are already wrapped in burlap. 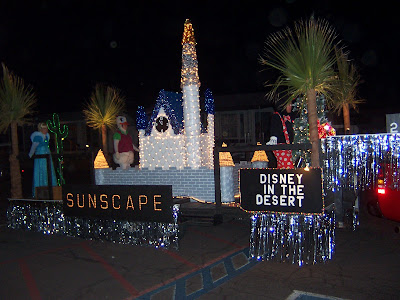 Our trial run through the park. All the fringe is not on yet and the characters aren't lit as well as they will be for the real parades. 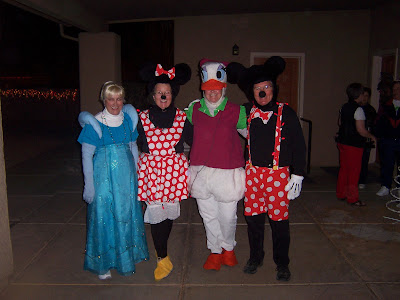 The characters at their photo shoot. LOL 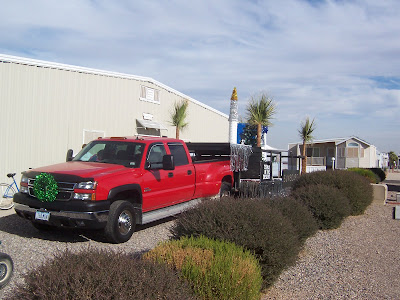 The trailer hitched to the truck and ready to go. 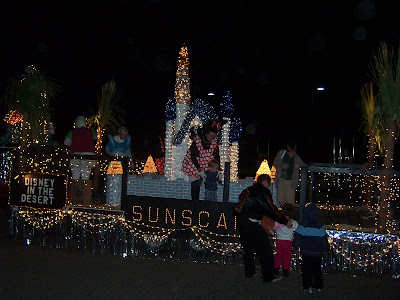 For the second parade, we put on 18 more strings of lights but then we had generator problems.... it kept quitting. So we made the most of it and acted tragic when it went off and estatic when it came back on. We won first place at the Coolidge parade. 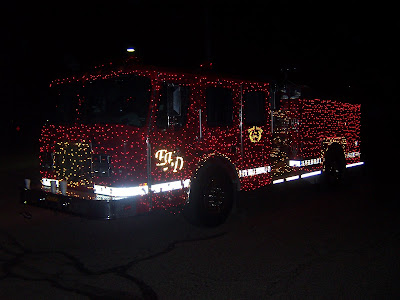 Loved the Eloy fire truck. That's a lot of lights. 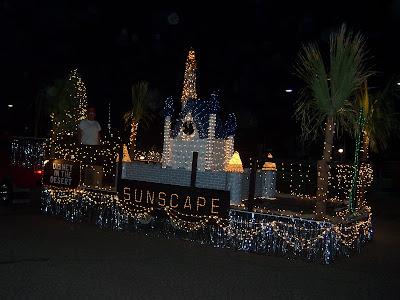 You can just barely make out the green saguaro on the back of the trailer.
Posted by Nolan and JoAnn at 6:39 PM

Hi,
Looks like you guys are having a great time! I really like your blog and the pictures.
Bud Russman