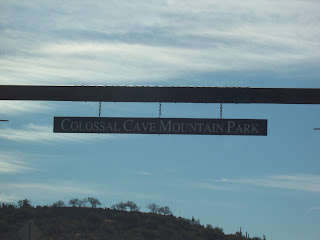 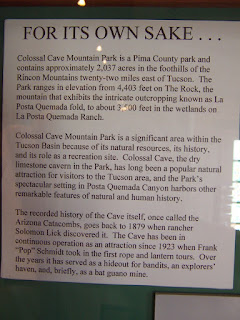 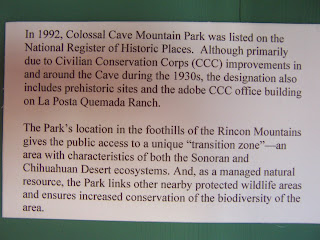 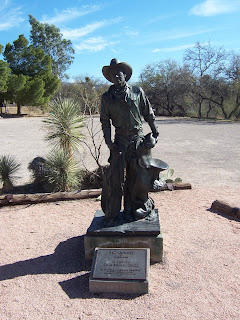 We went to the La Posta Quemada Ranch section of the park first. 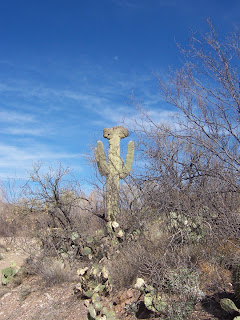 Where we walked the Bundrick Hiking Trail and saw this crested Saguaro. 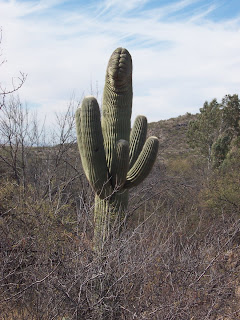 This is what it looks like from the side.

Look at all the grass growing along the trail! 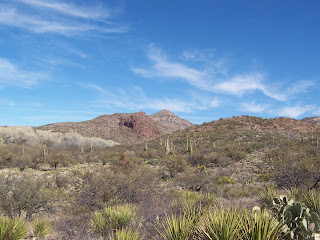 The mountain in the center is where the cave is located. 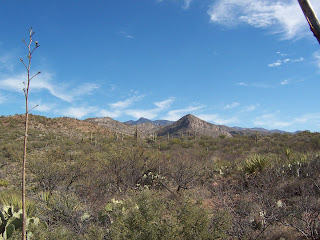 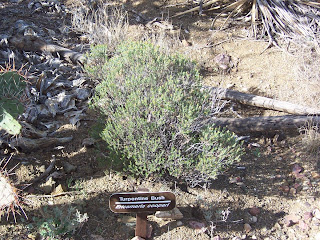 Some of the plants along the trail were identied with little markers. 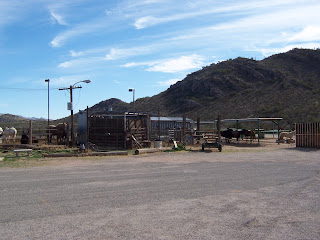 These are the stables at the ranch. We could have gone on horse rides along the trails. 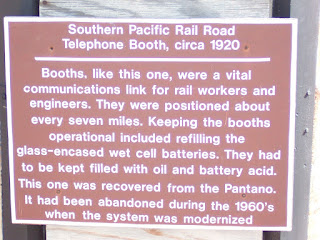 There's a few historic items. See the next photo for the phone booth. 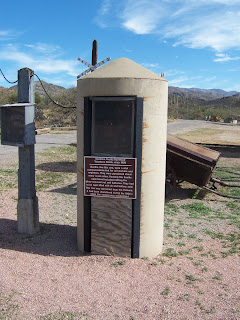 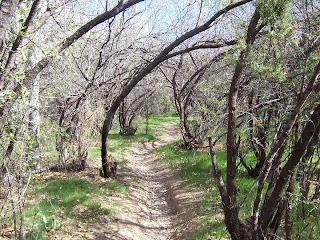 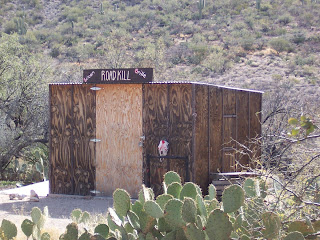 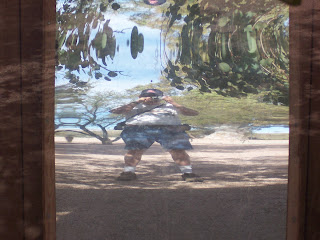 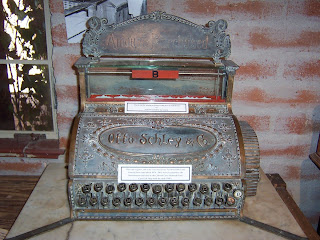 This cash register and scale were used in the Vail Post Office until about 1970. They were purchased by the former park owners and used in the Colossal Cave Mountain Park Cave Gift Shop until the early 1990's. 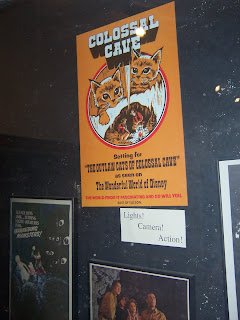 Colossal Cave has been used in the filming of several movies. This photo and the next show posters from two of the movies. 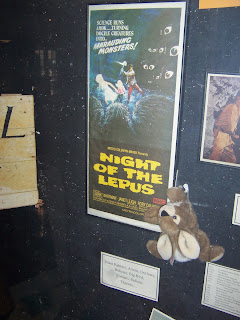 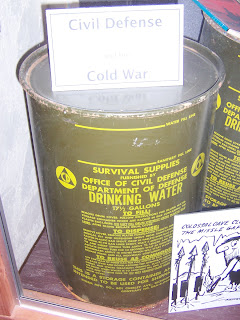 The cave was also stocked for use as a nuclear fallout shelter. 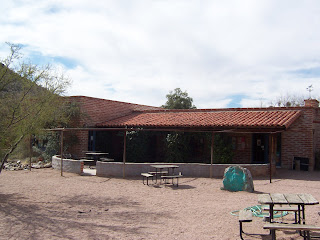 The ranch house that now houses the museum was built in 1967. It was very interesting on the inside. 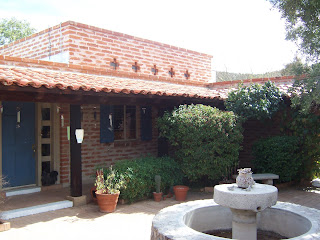 This is the courtyard in the middle of the building. 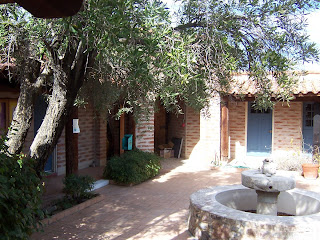 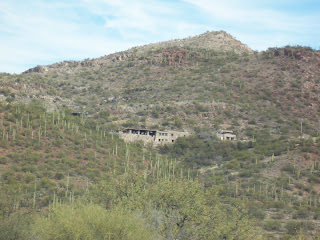 This is the building that houses the Cave Gift Shop at the cave entrance. 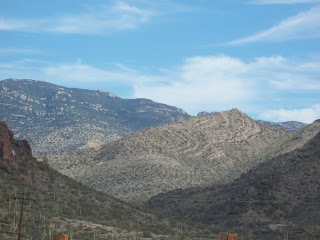 I just thought the terrain of this mountain was interesting. 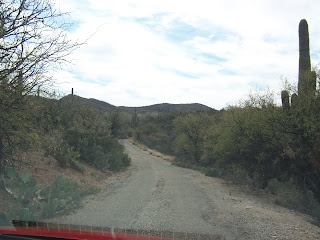 This is the road that lead to the El Bosquecito campground. It was only one lane and we were real happy we didn't meet anyone! 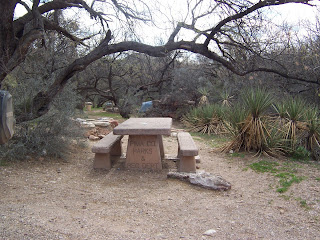 There were quite a few tents in the campground. 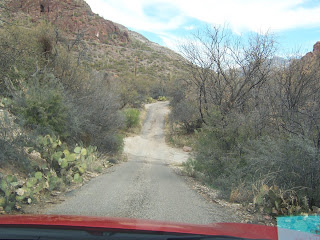 Then we followed the road to La Selvilla campground. It forded the wash in four places.
Then we came to a gate and had to turn around. 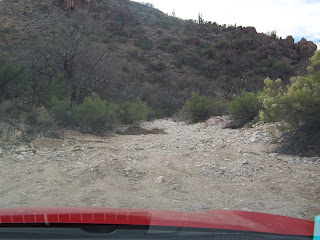 No this isn't the road. I backed into the wash to get turned around so it looks like we're actually headed down the wash at this point.